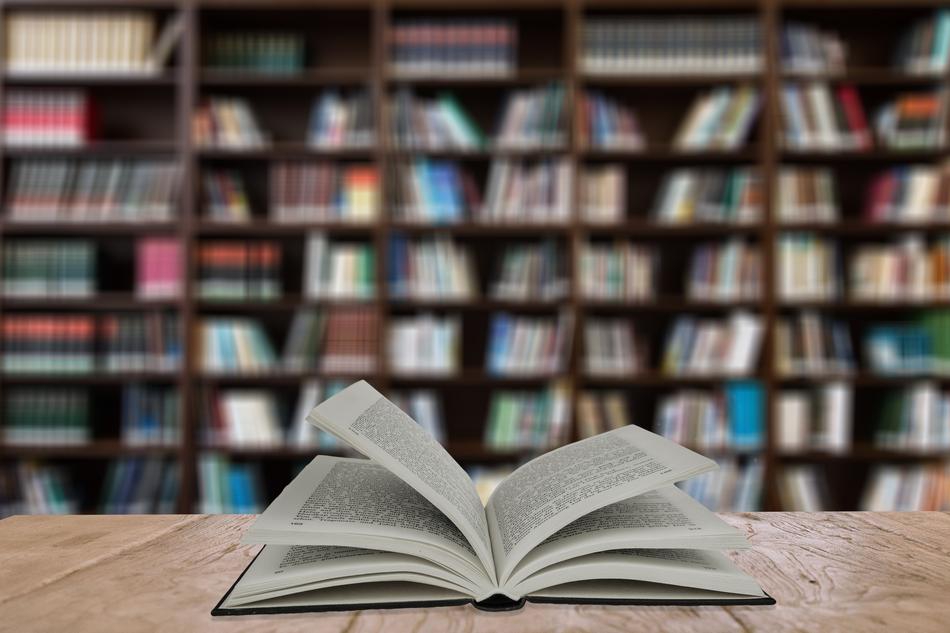 As the world moves closer toward a society where the science behind race is fully understood and where all cultures are celebrated equally, the myth that children do not notice race is being broken down by the hour. Research shows that children recognize race from a very young age, and that racial biases develop by ages three to five (Winkler, 2017). One can only assume a host of reasons is responsible for parents’ lack of discussion with children when it comes to race: being uncomfortable, feeling uninformed, thinking that their child is too young to understand. According to a study conducted in 1997, following approximately 200 Black and white children:

Toddlers as young as two years use racial categories to reason about people’s behaviors (Hirschfeld, 2008), and numerous studies show that three- to five-year-olds not only categorize people by race, but express bias based on race… (Winkler, 2017, pp. 1-2)

Picturebooks1 can aid in the solution of this problem: they are a way to inform children from a young age of racial and cultural differences, a subject arguably just as essential as reading itself. These books are the first steppingstones when it comes to teaching a child literacy and story analysis, real-world concepts and lessons; and they often leave their mark on children even into adulthood. Using the metaphor of mirrors, windows, and sliding glass doors, scholars of literature explain how picturebooks are so effective at teaching children about race and culture.

Mirrors are reflections of ourselves—our culture, our actions, our attitude—that we see in a character. When a child sees themself reflected in the pages that entertain them, reading becomes a means of self-affirmation (Bishop, 1990), highlighting the importance of representation within children’s literature. With over an estimated 18% of the U.S. population being Hispanic or Latinx, according to the U.S. Census Bureau (2019)—18 million of them children (Kids Count Data Center, 2019)—we must seriously consider the consequences caused by a lack of adequate representation of minority groups.

Krista M. Aronson, psychology professor at Bates College, says, “We know, according to psychological research, that Black and Brown children are better able to retain and recall plot and character information after reading books featuring characters who look like them” (2020, 1:30). Picturebooks are typically a child’s first encounter with written narrative, and when a Black or Brown child grows up reading accurate multicultural literature, they learn about other cultures and about how valuable they are in a society where they are the minority. Denying Hispanic and Latinx children access to literature that they can relate to on a personal level runs the risk of not providing to them—emotionally and intellectually—in the same way that white children are provided to in the United States. 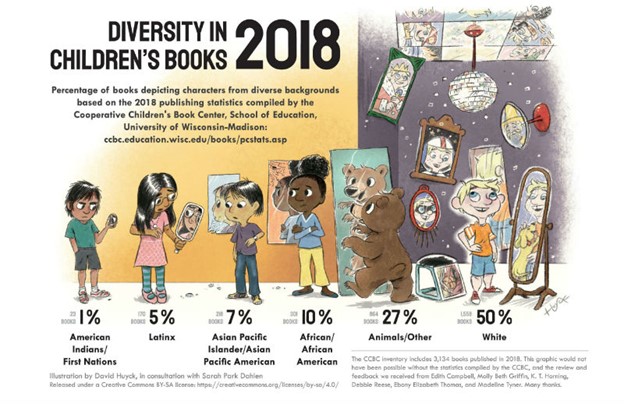 Note. Released for use under a CC BY-SA 4.0 license.

Along with mirrors, windows are another method of informing children about race and culture. They lead children to understand the distinction between their own culture and another, from belief systems to traditions and practices. For example, a white child reading on the customs of Brazilian culture may recognize the “closeness” of Brazilians—how comfortable they tend to be when close to one another compared to how uncomfortable Americans would be in the same situation. The child might also notice other, subtle things, such as lunch being the primary course of the day as opposed to dinner.

They [picturebooks] can foster curiosity, they can lead us to understand, and they can also help us develop empathy. When children are read stories featuring immigrant and non-immigrant children playing together and having fun, they’re more likely to want to engage in that sort of play in their own, real lives. (Aronson, 2020, 1:57)

Windows also act as sliding glass doors, according to Rudine Sims Bishop, “mother” of multicultural children’s literature. They allow readers to step through the threshold of imagination into a world where the child is a part of the world, the culture, the experience. Sliding glass doors differ from windows because the reader is no longer looking from afar—they are looking from within, experiencing and comparing a foreign culture to their own. Just as the lack of adequate representation within children’s literature affects Hispanic and Latinx children, white children also lack the resources to learn about the multicultural nature of the world they live in (Bishop, 1990). Increasing accurate representation of different cultures within picturebooks has the potential to benefit all children.

Exposure to multicultural picturebooks can make a difference in how children are raised to perceive and interact with people whose beliefs differ from their own. Picturebooks support positive identity development in all children (Aronson, 2020), emphasizing the benefit of and need for accurate multicultural children’s literature. Without mutual understanding of and respect for another’s way of life from a young age, children will “learn a powerful lesson about how they are devalued in the society of which they are a part” (Bishop, 1990, p. 1). As fundamental as children’s literature is to a child’s development, it is illogical to deprive children of the true reality that the world is diverse, and that, in the end, no one is better than any other.

1While “picture book” is considered as the correct standard spelling, “picturebook” is recognized within the world of children’s literature scholarship, and better emphasizes the relationship between a book’s verbal and visual elements.