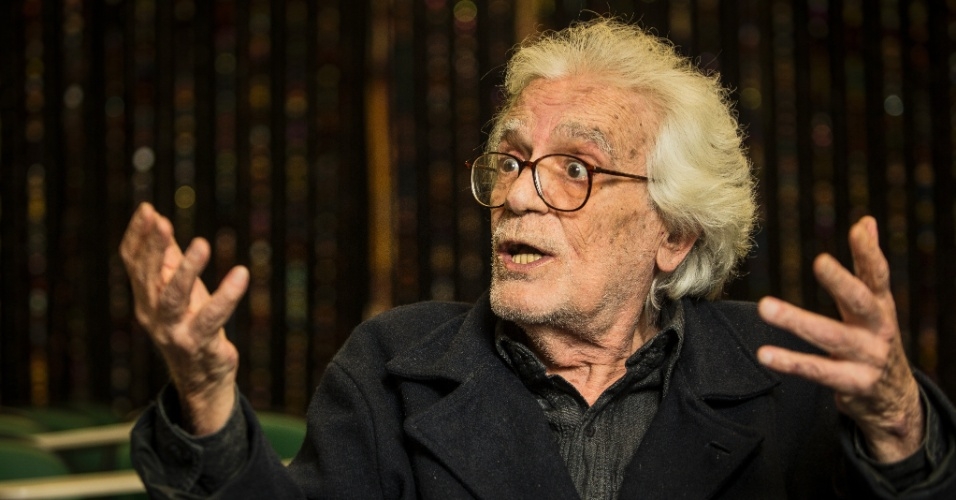 The sudden passing of Eduardo Coutinho, arguably Brazil’s finest documentarian, has left many of us feeling out of sorts. This is in part due to the circumstances of his death. It is an unwelcome turn of fate that a filmmaker known for his understated dramaturgy and rare gift for empathetic conversation should go in a manner so tragically Greek. Even if his death had been less dramatic, though, it would still feel untimely. Given Coutinho’s remarkable output during the final fifteen years of his life, it is possible to feel that this 80 year-old documentarian was still mid-career.

Coutinho began working in cinema during the effervescent years of the Cinema Novo movement. Led by figures like Glauber Rocha, Leon Hirszman, and Joaquim Pedro de Andrade, this was a period of precocious masterpieces, brief careers, and premature deaths. As Eduardo Escorel once noted, the long-lived and late-blooming Coutinho was an anomaly among his peers. His work during the 1960s would have been unremarkable save for the dubious privilege of being the director of an unfinished film—Cabra marcado para morrer (Man Marked to Die)—that, to my knowledge, is the only Brazilian film that was ever interrupted by the direct intervention of the army. This film, completed two decades later, when the director was already in his fifties, was to become an undisputed landmark of Brazilian and Latin American cinema.

As I see it, Cabra marcado is ultimately a film about life and death. Or, to be more specific, it is about the act of living after facing death in both the literal and figurative senses. In its 1964 conception, Cabra marcado was a dramatization of the life of João Pedro Teixeira, a peasant union leader who was assassinated in 1962. In accord with the neorealist vein of cinema novo, the film used nonprofessional actors. It was shot in the village of Galiléia, an impoverished and politicized community not unlike the one in which João Pedro had lived. Among the cast of actor-peasants was Elizabeth Teixeira, João Pedro’s widow, playing herself.

Exactly one day after the military coup of 1964, the local army invaded Galiléia and brought cinematic as well as political activity to a halt. Filmmaker, crew, and Elizabeth were able to escape into the wilderness and avoid arrest. Certain that her capture would lead to torture or death, Elizabeth moved to another state, changed her name, and severed all links with people she knew, including her children. Many presumed that she was dead—and, in effect, it was if she were. The footage of the incomplete film was also thought be lost—initially, even by Coutinho. It survived, however, by enduring its own celluloid version of a clandestine life: at one point it was stealthily smuggled into a film archive under a decoy title. Both Elizabeth and the film remained hidden until 1981. Then, due in part to the changing political climate in the country, the filmmaker was finally able to restart the project.

Combining scenes from the 1964 shooting, archival footage from that period, and 1981 conversations with the film’s original participants, the final Cabra marcado amounts to an extraordinary confluence of historic events. The legendary, long-lost film is unearthed and brought to conclusion. The frustrated Coutinho, who had been haunted by his incomplete project, not only completes it but also asserts himself as a top- tier filmmaker. Moreover, due to a fortuitous coincidence, Elizabeth’s whereabouts are discovered by one of her sons just as Coutinho is in the process of making the film. As a result, she publicly reclaims her name and history in front of Coutinho’s cameras. While the original project was inspired by a death, the final one enables and interweaves multiple returns to life. It is as if the freeze brought about by the 1964 coup has finally thawed so that history could be remembered, retold, and animated anew. Cabra marcado establishes nothing short of a symbiotic relationship between the practices of cinema and life.

For nearly two decades following the release of Cabra marcado, Coutinho’s output consisted of low-profile, medium-length works (as well as the well-funded but relatively disappointing feature-length O fio da memória, which never found its way into theaters). This situation changed in 1999 with the release of Santo forte, a film in which people from a poor neighborhood in Rio de Janeiro discuss their religious experiences and beliefs. This film, which initiated the most prolific period in Coutinho’s career, puts on display one of his main assets as a documentarian: the ability to tease out, through conversations with ordinary people, remarkable narrative acts. Ultimately, this ability results from Coutinho’s empathetic, non-judgmental mode of relating to his subjects, as the most memorable moment in Santo forte illustrates. There, Coutinho is talking to Theresa, an elderly black woman who sustains a complex relationship with the spirit world of Candomblé. At one moment in the conversation Theresa pauses, glances sideways, and notes that the yard is full of spirits. Coutinho then cuts to a shot of the desolate, empty, and silent yard. The shot lasts several seconds before cutting back to the conversation. This illustrates that although the film as a whole manifests no religious belief, it also actively refrains from disbelief. Neither ironic nor romantic about the faith of others, Santo forte, like all of Coutinho’s films, believes not in the truth, but in the potency of its subjects’ beliefs. Thus, the shot of the empty yard, while neither proving nor disproving Theresa’s worldview, is haunted with spirits.

Although the string of films that followed Santo forte dealt with a plethora of themes set in a variety of locations, they are invariably organized around rich moments of conversation with ordinary people. In some cases the topics have what John Grierson might call “documentary value.” This is the case of Santo forte, which documents the religious syncretism practiced by a segment of Brazilian society. It is also the case of Peões, a 2004 film set against the backdrop of Lula’s rise to the presidency and featuring melancholy conversations with workers who participated in the auto workers’ strikes of 1979 and 1980—the very strikes that launched Lula’s political career twenty years earlier. Yet Coutinho’s primary interest lies not in the historic or representative relevance of individual narratives, but rather in the singular ways in which ordinary people express themselves. This goes beyond content to include the very plasticity of the speech act, the modulations of voice and gesture that accompany speech.

In fact, it is possible to understand Coutinho’s work as a gradual process of distillation by which the filmmaker reduces cinema to what he considers its essence: the human body in the act of narrating. This process of distillation of cinema resulted in the remarkable Jogo de cena (Playing, 2007). To make this film, Coutinho placed an advertisement in a Rio newspaper inviting women to share their life stories for a documentary. These interviews are conducted in an empty theatre, against a background of unoccupied seats. Next, Coutinho invites several actresses to play the parts of these women, and they perform their roles in the very same setting. Provocatively displacing issues of authenticity that are crucial to the documentary genre’s testimonial discourse, as well as to many of Coutinho’s earlier films, Jogo de cena intersperses the two sets of footage without demarcating truth from fiction, original from copy. While the empty theater signals theatricality, and thus the performative quality of the film’s speech acts, it also serves as a subdued mise-en-scene that helps to forefront the speaking bodies. Homogenous, dimly lit, and unchanging, this background does not distract the viewer’s attention, which remains focused exclusively on the narrating bodies. This film, in my view Coutinho’s best since Cabra marcado, is less about content than form—by which I mean the acoustic and gestural qualities of the narrative act.

Perhaps the vitalism that informs this brief overview of Coutinho’s work will be seen as my way to compensate for the sheer fact of his death. Yet I believe my views will hold beyond this period of cinephilic mourning (and I will elaborate them in more depth in a forthcoming book). What I ultimately hope to convey here is not that Coutinho’s cinema lives on or that he lives on through his cinema—which are valid but sentimental notions. Rather, my point is that Coutinho leaves us with a cinema intensely invested and entangled in life. He leaves us a living cinema, which I urge the reader to discover and revisit. 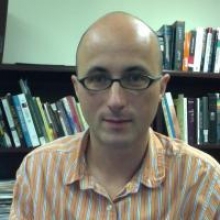