J. Balvin: How the Rey of Reggaeton is Redefining American Music 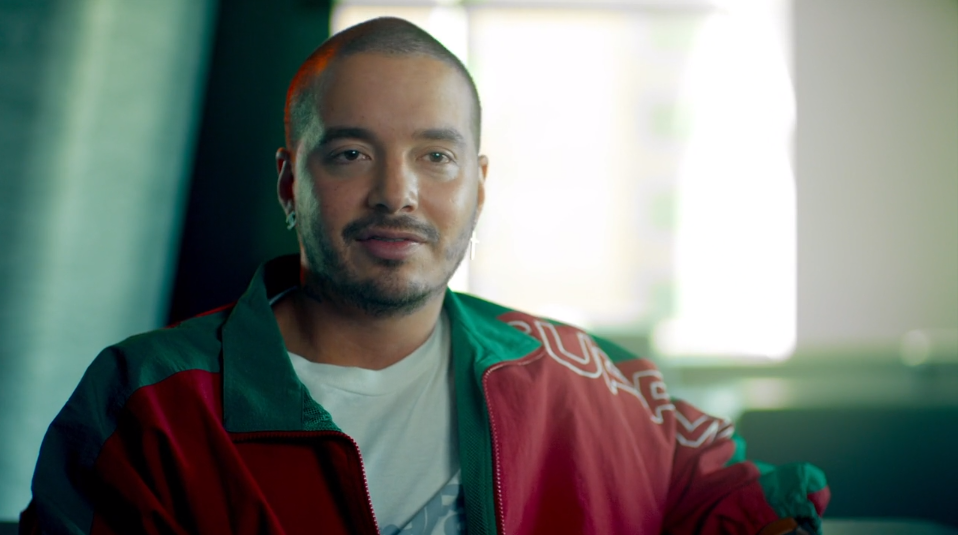 The term “American” is associated solely with the United States far too often. Apart from the U.S., there are 34 other “American” countries from Canada down to Chile spanning the two continents. This U.S.-centric worldview can be detrimental for allowing the other two-thirds of the American population to grow into their full identity. However, in recent decades, music collaborations and the blending of Spanish and English music across borders is helping to redefine the term “American”. Unlike 20 years ago when it was uncommon to recognize foreign artists, “Daddy Yankee”, “Bad Bunny”, and “Shakira” are now household names. Far above the rest in terms of these cross-cultural collabs, however, is J Balvin.

José Balvin, or J Balvin as the rest of the world knows him, is a Colombian Reggaeton king who has taken on the music industry by storm and is one of the most listened-to artists worldwide. Although listed as an Urbano/ -Latin Pop artist, J Balvin has extended his style and flow into numerous genres from techno to R&B to hip-hop. It was the music of his childhood which inspired this versatility; specifically, reggae, bachata, and champeta (Jurek, n.d.). Today, when listening to J Balvin, his signature use of bright, rhythmic, rolling beats and infusion of synthesizers and voices make sense of why he was the fourth most streamed artist on Spotify in 2018 (globally) and has accumulated 108 music awards in the past decade (The Top Songs, Artists, Playlists, and Podcasts of 2018, 2018). Utilizing his global platform to produce numerous collaborations with U.S. artists, J Balvin is transforming what American music is and what it means to be American.

J Balvin has been blending language and music across continents since 2016 in order to expand the music industry across all countries. Although initially collaborating with Pharrell Williams on his 2016 album Energía, it was not until 2017 when J Balvin started receiving recognition for his effort to expand American music. The release of Mi Gente received international attention when it became the first Spanish song to sit at the top of Spotify’s Global Top 50 chart (Cobo, 2017). Within months, Beyoncé collaborated with J Balvin to release a remix, growing its popularity even more. By 2018, J Balvin was working closely with other successful US artists such as Justin Bieber, the Black Eyed Peas, and French Montana. His biggest hit from 2018, however, was I Like It with rapper Cardi B and fellow Latin rapper Bad Bunny (Given, 2020). Over a latin-pop beat, the trio infused Spanish and English lyrics to create a global hit. For all artists involved, this mix of language helped expand their fan bases across borders and create a sense of musical unity. The year 2019 saw J Balvin continue to dominate the global stage, releasing hits such as Haute with Tyga and I Can’t Get Enough with Selena Gomez. Even in 2020, amidst the pandemic, J Balvin produced chart topping songs such as RITMO with the Black Eyed Peas and Un Día with rising star Dua Lipa. Apart from his major collaborations in the hip-hop and pop genres, J Balvin expanded his efforts to other genres, particularly the electronic scene. Since 2016, J Balvin has worked with well-known DJs and producers such as Steve Aoki, DJ Snake, Diplo, and Benny Blanco.

Yet, J Balvin’s presence in the US music industry only represents half of his international collaborations. Even among other Central and South American countries, J Balvin has numerous Spanish infused collabs with other Latin superstars. From features with artists like Ozuna (Puerto Rico), Natti Natasha (the Dominican Republic), and Sech (Panama), Balvin has collaborated with musicians all over the world. It is with Bad Bunny, however, that J Balvin’s music has been able to extend so far (Roiz, 2020). The powerful duo has released a handful of songs as well as entire album – Oasis (2019) – together. Their friendship and musical prowess have helped garner international attention to Latin/ Urbano pop and hip-hop.

As we look towards the future of the music industry, there will be many changes in terms of style, language, and audience. Even today, non-Spanish speakers are often seen recognizing and singing Spanish songs and collaborations. Although not alone, J Balvin has certainly helped ignite this revolution and foster a global community of listeners. “American” no longer refers to songs created in the United States, but the music that is experienced across all 35 countries.

For those interested in exploring the wonderful discography of J Balvin, here are my personal recommendations: