Impacts of Road Development on the Peoples and Environments in the Rupununi, Guyana 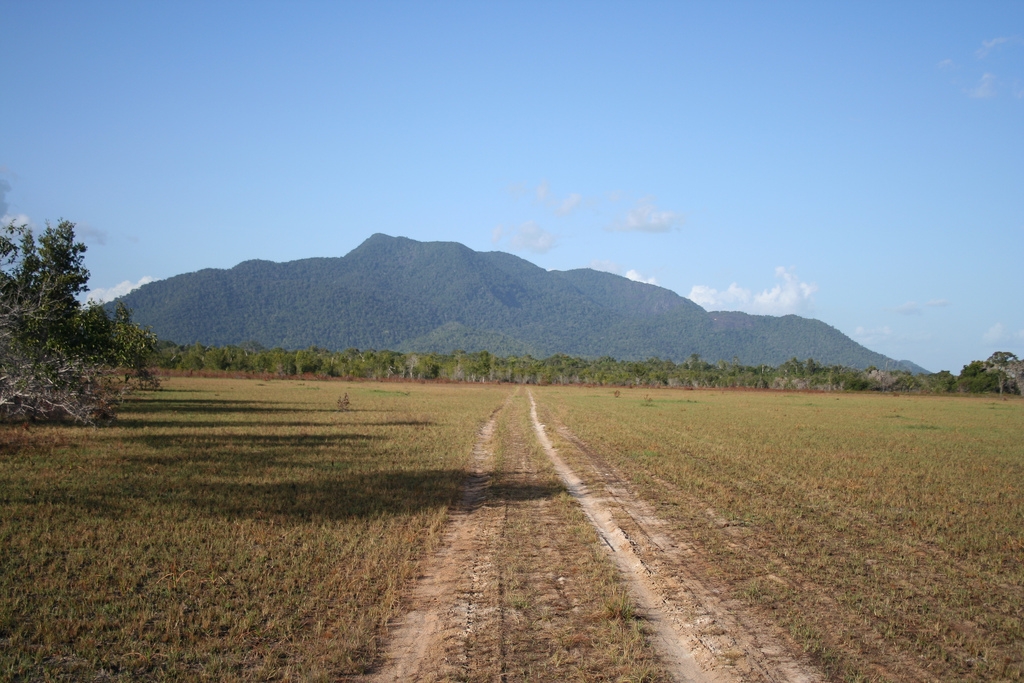 This research represents and reflects upon the current concerns of the Makushi and Wapishana peoples of the Rupununi savannahs, who identified both past and future development of the road cutting through their traditional lands as the most important change happening in the Rupununi.  Indeed, the increasing impacts of the road on both the peoples and the places of the Rupununi help demonstrate the ongoing injustice of colonialism within the region.

Situating the Rupununi into the field of tropical road development, it is important to realize that the experience of road building throughout Amazonia has repeatedly demonstrated that the social and environmental costs far outweigh the advantages of easy land communication.  Processes involving road construction have been well studied in Amazonia, and most of the findings suggest that the introduction of roads, together with other development projects that follow, can bring deep and significant changes influencing local and Indigenous livelihood strategies and political actions, as well as environmental conflicts to the communities that live in frontier places through land use change.  Road ecology, which deliberately explores and explains relationships between natural environments and developing road systems, has consistently found that as a result of the physical changes road infrastructure brings to a region, numerous projects aimed at improving existing roads in the Amazon still continue to produce patterns of conflict and degradation.  Roads are unfailingly associated with increased state power and control over communities, loss of traditional culture, and increased resource extraction, typically by promoting in-migration and fostering economic development.

In comparison with research findings surrounding tropical road development within Amazonia, Rupununi road ecologies are fairly typical, and the hopes and concerns of the Makushi and Wapishana reflect those of other communities faced with similar infrastructural development.  Importantly, many Rupununi residents agreed that road improvements can be an enormous benefit for their communities, greatly easing regional access and transportation concerns, and many Rupununi residents continue to remain optimistic about the possibilities for the road, in particular with regards to improved market access, for both inter-regional and external purchases, as well as for sales of produce outside of communities, including at the national-scale.

However, most Rupununi residents admit they are more concerned about the potential for exploitation of local people and their natural resources within the Rupununi, acknowledging their unequal power relationships with the state.  It is already well known that the land, the minerals, and the forest resources are valuable commodities, the struggle for which will be aggravated by the improvement of the road in the region.  In particular, concerns over land are increasingly becoming apparent in the Rupununi, with conflicts arising over ranching leases, mining developments (including illicit extractions), and foreign agricultural plantations on the traditional lands of the Makushi and the Wapishana.

However, increasingly, Rupununi residents are becoming concerned with the increasing invasion of communities by non-community members and the violence associated with their presence, which is often perceived to be accompanied by the introduction of drugs and/or alcohol into communities.  Furthermore, the opening of local shops and the purchase of vehicles, as well as the acquisition of material items including generators, zinc roof-tops, and radios are viewed with unease by some, as they are seen as examples of how Makushi and Wapishana culture is being corrupted.  The road is generally seen as the conduit for these social concerns, and with the possibility of the road further upgrading to a highway, these concerns will only be magnified by the increasing numbers of people able to gain access to the Rupununi, bringing more and more outside influence into the villages, with both positive and negative outcomes for Rupununi residents.

Across Amazonia, development in Indigenous communities presents a difficult situation.  Amazonian populations are caught in a type of progress cycle, where community resistance is often distained by national majorities, since Indigenous peoples were, and to significant degree still are, targeted as obstacles to be removed from the path of development and the building of a modern nation.  Ostensibly known as the Lethem-Georgetown road, this road that originates in Brazil and connects the Amazon with the Caribbean can hardly be considered a politically neutral development, and instead should lead to questions of which ‘modern nation’ is developing.   The politico-economic needs of a foreign government are dominating discussions surrounding the development of the road through the Rupununi, and the consequences of a road designed and built by Brazilians to meet Brazilian needs upon the Rupununi environment and its peoples are a growing concern.  Rupununi residents are wary of foreign expectations and domination patterns, having experienced these patterns since the arrival of colonial powers to their places.  Now the question remains, is the development of this road simply evidence of Brazil as a neo-colonial presence?

This is the second article that builds on the following published research:

Katherine MacDonald
Katherine MacDonald is a Lecturer at the School for Field Studies, Peru. She holds a Ph.D. in Geography from York University. Her dissertation, ‘Rupununi Imaginaries’, explores how Makushi and Wapishana ontologies are counter-imagining places by re-engaging with the imaginaries of their ancestors, producing a complex set of alternate geographies, and creating positive change within their communities. She continues to explore the fluvial landscapes of Amazonia while researching Indigenous responses to large-scale environmental and land use change, including through IBCH adaptation and cultural management of natural resources.