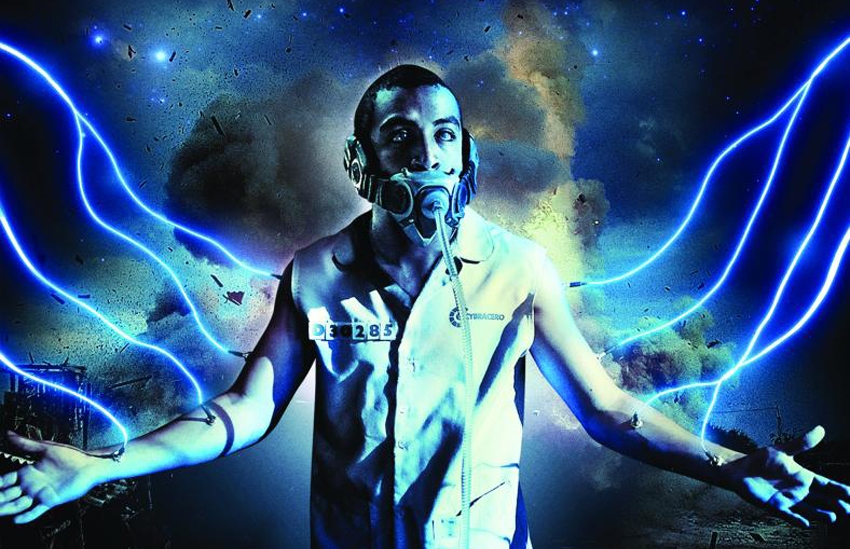 Peruvian-American award winning filmmaker Alex Rivera is known for his work portraying themes and issues that concern the Latino subject. His art focuses on topics such as migration, globalization, economics, politics and technology. Although much of his work uses Mexican subjects to illustrate these issues, his films highlight broader global social, economic, and political problems. Rivera’s most acclaimed work, feature-length science fiction film entitled Sleep Dealer (USA/Mexico 2008), won at both the Sundance and Berlin film festivals. The University of Pittsburgh will be hosting a screening of this film followed by a conversation with Alex Rivera. The event is scheduled to take place Tuesday, February 11 at 5:00 pm in Frick Fine Arts, room 125.

Sleep Dealer tells the story of Memo, a young Mexican who in the light of his father’s death from a drone attack must leave his family farm in rural Oaxaca. In search of employment, he makes his way to the futuristic metropolis of Tijuana. On his way there he meets Luz, a young woman who helps him adjust to the ways of life in the city. In order to find work, he realizes that he must get implanted “nodes,” which allow his body to physically connect to machines that facilitate virtual labor. In this near-futuristic society, nodes become the dominant way for people to connect. Luz similarly uses them to earn a living, connecting to a machine to tell and sell stories. A military drone worker becomes personally invested in the story of Memo, and their lives begin to intertwine and unravel.

This film portrays the many interconnected effects of globalization through a fictionalized, though shockingly believable, reality. In our current world where drones patrol the U.S.-Mexican border, Rivera’s exaggerated society may portray a future that is already unfolding. In this film, he shows how the economic and political actions of the United States cause the forced migration of many Latinos, specifically Mexicans. Through his portrayal of the almost vital reliance on technology, he shows the paradoxes of our connected yet disconnected world. While communication increases, the gap between physical bodies widens, causing emotional disconnections between individuals as well as entire nations. Although the U.S. relies on foreign laborers for much of its needs, it keeps these workers at a distance by physically preventing them from entering its borders. He also highlights how displaced migrants struggle to create an identity for themselves. By exposing these paradoxes, Sleep Dealer forces its viewers to wake up and confront the harsh reality that our current society faces.

Rivera has created several other films including Papapapá (USA 1995), Why Cybraceros? (USA 1997) and The Sixth Section (USA/Mexico 2003). Many of these earlier films created the foundations of the narrative that he developed and portrayed in Sleep Dealer. He makes not only fictional films, but has also produced documentaries and shorts. The Borders Trilogy is another one of his projects that exemplifies the themes that recur throughout his art. To see these stories and learn more about Alex Rivera visit his website. Rivera’s upcoming visit is sure to create an intriguing addition to his dialogue that confronts the pressing issues of globalization.