The Echoes of Immigration: Music as a Method for Creating Political Change 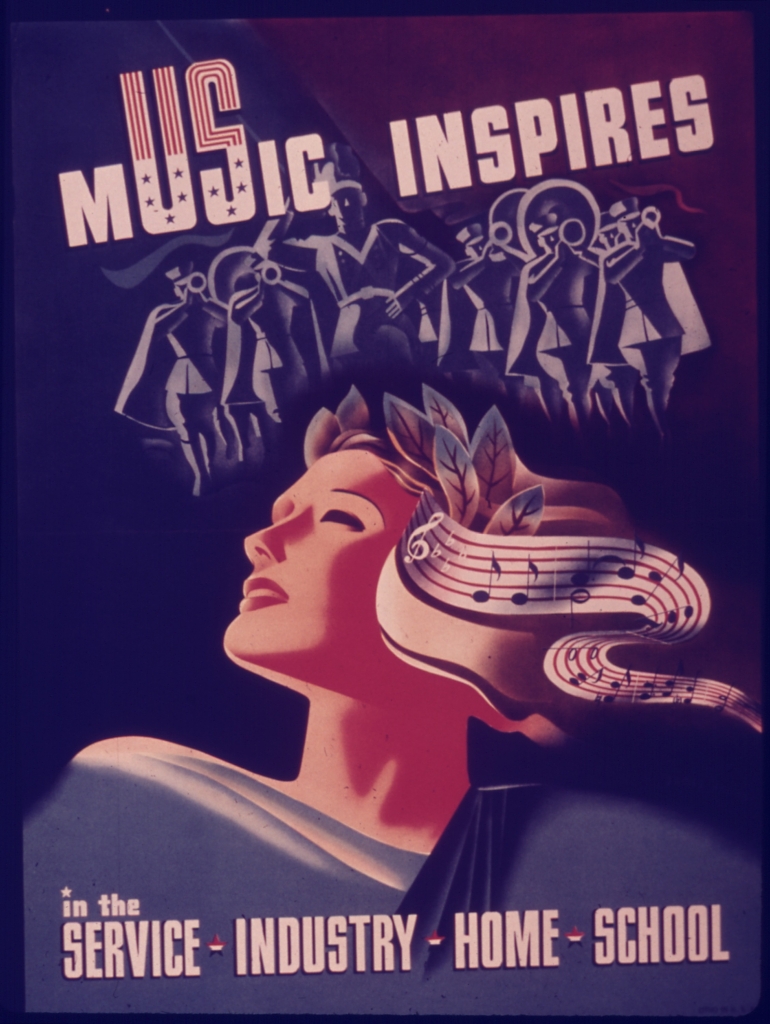 Music is an underestimated tool in facilitating and making change. Whether that change be on the communal, political, or societal level, music is a way to connect and encourage dialogue. The context and structure of music is unlimited and that is one potential source of its power. The content of this article will focus on music within the broader context of Latin America, the United States, and immigration. However, this subject matter is expansive and this article aims only to contribute to an already vibrant discussion. Finally, the objective of this analysis is to focus on cases that exemplify and connect these contexts such as the use of the Mexican style of music known as el corrido.

El corrido is a type of music that cuts through the complex relationships between music, immigration, and Western Hemispheric relations. Produced by Mexican artists, this genre comes either in the form of a poem or a song. Los corridos have given many Mexican and Mexican American people a voice to share tales of heroism, oppression, love, and loss (Wald, 2014). The subject matter of corridos is extensive, and despite being an unconventional way of providing information to the public, they act as a type of news source. Since los corridos can be shaped into a type of news source, they have developed a complex relationship with politics. It is common that los corridos are produced with a political purpose—be it criticism of political leadership or recounting historical events, los corridos are a method through which artists can educate society on issues or events. Los corridos open new doors for public discourse because the mainstream routes of communication and publicity are not accessible for all (Lorenz, 2014).

Alternatively, los corridos have also been used to dismantle community and instill fear into people. As an anti-immigration strategy, U.S. Customs and Border Patrol used los corridos as a method of discouraging undocumented immigration. This tactic was seen as early as 2005 and lasted until about 2011. The use of los corridos in this manner was a fear-inducing strategy, as they emphasized the perils of crossing the border. Be wary of the dangers that await, it is best to just avoid them. This statement is the main message of a corrido that describes the unforgiving desert, human traffickers, and exploitative drug cartels that await immigrants on their journey. The U.S. Border Control portrayed themselves as caretakers of these undocumented immigrants, and their rationale behind creating their own "ballad" was to promote the safety of immigrants—safety that is guaranteed if they do not try to cross the border (Lorenz, 2014 and Barkham, 2014) .

These specific corridos are written in a way that suggests that the narrator empathizes with the immigrant and wants to provide them with the utmost safe option (Lorenz, 2014). An example of a corrido’s structure and context is “El Respeto” (Herrera-Sobek, 2012). Meaning respect in english, this corrido emphasizes the suffering a young immigrant endures throughout his expedition to the U.S. The excerpt below is from “El Respeto,” and exemplifies the themes that appear in similar corridos:

This specific type of corrido is called a “migra” corrido, in which “migra” is referring to those who find and deport undocumented immigrants. “Migra” can also refer to the officials who aim to keep undocumented immigrants from coming into the U.S. in the first place (Herrera-Sobek, 2012). The term “migra” itself is drawn from the spanish word for immigration: inmigración. These “migra” corridos were played on the popular local radio stations in Mexico for the most part, but could also be heard in other parts  of Central America. In addition, areas of high numbers of Latino immigrants in the U.S. would hear these corridos playing on the radio to make them feel unwelcome (Lorenz, 2014). These “migra” corridos demonstrate that music can be used as propaganda. However, it is important to shed a positive light on “migra” corridos, and recognize the strength it takes for immigrants to endure the journey to the U.S. despite the abundance of deterring factors.

In a broad sense, corridos exemplify how music can be used to establish unity and solidarity, as well as act as an agent of positive change. A specific example of this is  the reaction to Arizona’s passing of a revision to their immigration law in 2010 known as the Arizona Senate Bill 1070 (S.B. 1070). This bill was controversial because it gave police the power to pursue validation of immigration status from persons whom police have a “reasonable suspicion” are without proper immigration documentation (Lorenz, 2013). Thus, the protests of the S.B. 1070 focused on the underlying factor of this bill—that Arizona was promoting racial profiling. Nonetheless, the progress of this law was forced to be revised by the U.S. Supreme Court before it went into effect in 2012. As a result, the police were not given the right to demand documentation papers at any time; instead, they were only given the power to do so during an arrest or stop when a suspect  may be an undocumented immigrant (Lorenz, 2013).

Within the immigrant community of Arizona, immigrants protested the S.B. 1070, and many of the protests came through song. With strong familial ties to Mexico, Zach de la Rocha of Rage Against the Machine founded a movement against the S.B. 1070 called the Sound Strike. This movement was a boycott during which musicians abstained from performing in Arizona. In addition, benefit concerts organized by Puente, the migrant rights organization, and a protest CD called “A Line in the Sand” were created as demonstrations of solidarity with the immigrant community (Lorenz, 2013 and Kraker, 2010).

In addition to musician unity, solidarity amongst races was a response to Arizona’s S.B. 1070. Specifically, black artists developed many tracks that were founded with the purpose of advocating for immigrant rights. For instance, the lead rapper of Public Enemy, Chuck D, produced “Tear Down That Wall,” a song that protested Arizona’s new law (Kraker, 2010). Chuck D also published a call to action through the Huffington Post that formally called fellow musicians, as well as artists, athletes, performers, production companies, and others to reject working in Arizona until the bill itself was rejected and the rights of immigrants were promoted (Johnson, 2010). In addition, twelve Arizona rappers collaborated on a track called “Back to Arizona,” which criticized racial profiling, Arizona lawmakers, racism in America, and unequal treatment of minorities (Final Call News, 2010). The rappers are a diverse group and were directed by Queen Yonasda, who is of black and Native American descent, and DJ John Blaze, who is Latino (Kraker, 2010). Unified through music and similar experiences of oppression, people of various races, ethnicities, and nationalities joined in solidarity to rise against racial profiling and inequality within minority communities in the U.S.

The examples of how music is used to influence political change are extensive and range from both sides of the political sphere. Music has the capability to act as a powerful force because of its ability to stimulate empathy from a listener. As a result of the mass communication platforms that dominate society, music can connect people more easily and reach greater numbers of people. Thus, music and other artistic measures can act as a demonstration of solidarity for immigrants and minorities. Through this action, song gives stability to people who have been targeted in politics. Music combats hateful rhetoric and restrictionist politics by elevating communal support, which can help people resurrect personal identities that might be wavering on uncertainty. However, using music as an agent for political change should not just be a one-time action, it needs to be a recurring action that strengthens the movement for equal treatment of immigrants and other social issues. The opposing examples in this article demonstrate the power that music is perceived and able to have within society.