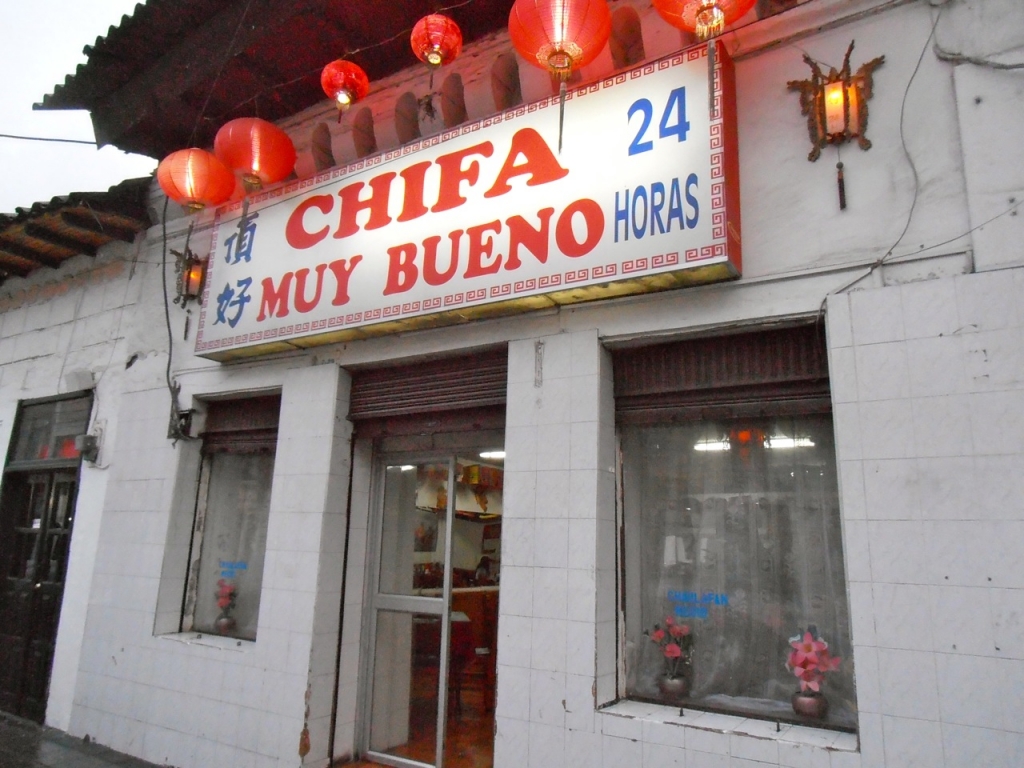 Fusion restaurants are the new style of popular restaurants around the world. Latin America is no exception. With a wide variety of immigrants moving to the Western Hemisphere, there exists Argentine Pizza, Dominican Mangú, and smoked salmon quesadillas (Remezcla Estaff, 2016). Although it’s possible to find Western food influenced by countless cultures, Asian food has had a particularly strong effect on traditional Latin American cuisine. Asian-American fusion cuisine can be found from street food to fine dining, and despite its current popularity, has existed in the Americas for hundreds of years.

Since the Spanish conquests of Mexico and the Philippines in the 16th century, Chinese-Mexican food has been a part of Mexican culture. The Spanish brought spices and Asian cuisine from the Philippines to North America, inspiring Chinese-American fusion dishes such as Green Beans with Peanuts and Chile de Arbol (NPR Staff, 2013). The Spanish introduced fusion food to Latin America, however Asian immigrants played the largest role in mixing traditional Asian flavors with Latin American cuisine. Following the Chinese Exclusion Act of 1882 in the US, a large exodus of Chinese-American immigrants moved below the southern borders of the United States. A popular dish in Baja California is avocado fried rice, a traditional Chinese food with a Mexican twist (Simón, 2015).

During the mid-19th century, over 100,000 Asian laborers immigrated to the coastal Latin American nation of Peru. By 1876, nearly ten percent of the population of Lima were Chinese immigrants (Hwang). The large Chinese population had such a significant effect on Peruvian culture, that many dishes considered to be traditional Peruvian dishes are actually Chinese-Peruvian fusion dishes. Chifa, for example, a popular Peruvian cuisine includes arroz chaufa, a mix of Cantonese fried rice with Peruvian flavors. Another dish, Tallarin Saltado, is a Peruvian style Chow Mein. The term Chifa even comes from the Chinese phrase 吃饭 (chī-fàn) (La Costanera, 2015). Shortly after the Chinese began immigrating to Peru, the Japanese followed, bringing new styles of seafood preparation and cuisine. The Japanese were arguably even more influential on Peruvian style food, based on the fact that Peru’s national dish, Ceviche, is a mix of fish typically found in Japanese cuisine and South American seasoning and spices (La Costanera, 2015).

Japan has had a strong impact on Brazilian culture, and especially Brazilian cuisine. An Al Jazeera report estimates that nearly sixty percent of all Japanese decedents outside of Japan live in Brazil (Kestler-D’Amours, 2017). Japanese Brazilians have had an immense influence on Brazilian food. Like in Peru, Japanese immigrants inspired a faster and more seafood-based style of cooking. Not only has Japanese culture affected the nation’s food, but Brazilian beverages as well. Brazil’s national drink, caipirinha, “is sometimes mixed with Japanese rice wine instead of cachaça, creating a sakerinha” (Veselinovik, 2013). Even the most famous of Japanese foods has found its way to the South American nation. Japanese Brazilians introduced sushi to the diverse variety of Brazilian cuisine. Brazilian sushi incorporates fresh fruits native to Latin America with the traditional Japanese seafood (Hardi, 2016).

Although Asian-Latin American fusion restaurants and cuisine are clearly growing in popularity, Asian influence on Latin American food has existed long before this trendy new surge in food-culture. For as long as Asian immigrants have been moving to Latin America they have been blending the flavors and ingredients from their native countries with the tastes of their new home. The rising popularity of Asian-Latin American food is a great result of globalization, and people from every background should be able to enjoy the blend of culture. However, a better understanding of how these many cultures came together will lead to a greater appreciation for the food, and the people whose contributions as immigrant communities helped to create it.

Simón, Y. (2015). “8 Foods that show how Latin America and Asia have influenced each other’s