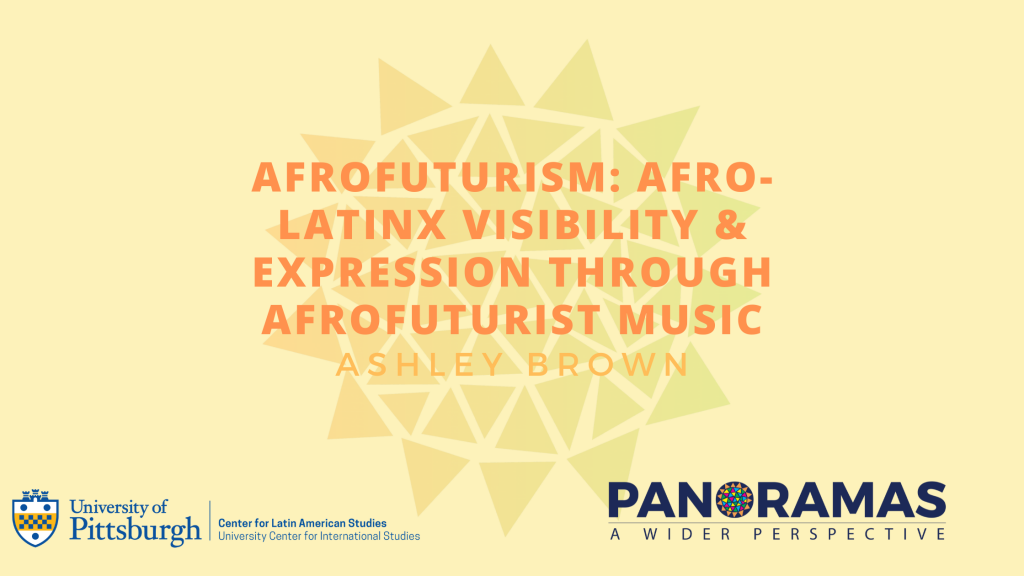 Envisioning Black, Brown and Indigenous bodies [people] throughout time and space, thriving in every space and time, dismantles the belief that we are relics of the past (as colonial paradigms would have us believe), stuck in a world in which settler colonialism has left us (Enright, 2020).

The release of Black Panther was a momentous milestone for the Black community. Not only is the film composed of a nearly all Black cast, but it is also the first major Black superhero film. When it reached the public, many experienced the exposure to the Afrofuturist movement for the first time. From the fictitious, uncolonized, prosperous land of Wakanda to the vibranium ore that had the extraordinary ability to manipulate energy, this movie expresses that Black people are capable of progressing, even surpassing, technologically. Afrofuturism is an aesthetic, philosophy, and movement featuring futuristic or science fiction themes which incorporate elements of black history and culture. This concept is an intersection of imagination, technology, the future, and liberation (Gipson, 2019). Black success, progress, and innovation are some of the key components of this futuristic movement. Notably, numerous people are identifying as Afrofuturists and are using Afrofuturist concepts to educate, share stories, fight oppression, and help build communities in need (Gipson, 2019). Those who have contributed have used their platforms to expose injustices enacted against the Black community, whether it be through visual or audible modes of expression. This movement has served as the blueprint for many other futurist aesthetics and practices. Spaces for artists are now becoming more inclusive of Black individuals of all backgrounds, especially regarding Latinx individuals of African descent.

As stated by Reynaldo Anderson in his work, “Afrofuturism 2.0 & the Black Speculative Arts Movement”, Afrofuturism allows for Black artists and scholars to reclaim their right to tell their own stories, but also to critique the European/American digerati class of their narratives about cultural others, past, present and future and, challenging their presumed authority to be the sole interpreters of Black lives and Black futures (Anderson, 2016). Artists such as Sun Ra, who was creating Black futurist music before this aesthetic was officially created, and Janelle Monae are typically seen as perceived as the pioneers of this movement. Their music and aesthetic are both powerful manifestations of blackness and post-apocalyptic flourishment. The ideas and philosophy of Sun Ra were also about improving the lives of black people: he started making music before universal suffrage or the civil rights struggle (Enright, 2020). Sun Ra’s production of “space music”, was done as a means of creating a better future for Black Americans on this planet, as his aesthetic lies at the intersections of speculative and critical design.

This aesthetic is continuously changing and growing, as many intersections are now being represented. Contemporary Afro-Latinx musicians have begun contributing to this movement, primarily through music. Black and Latinx artists and creators translate this aesthetic into music by synthesizing compositions rooted in traditional African beats and combine this with electronic or techno sounds to create a futuristic sound. The intersections at which many of these Afro-Latinx individuals exist are far reaching. A few of the artists that have contributed to the progression of the movement include Xenia França, Ghetto Kumbe, La Mecánica Popular, and Ariwo. 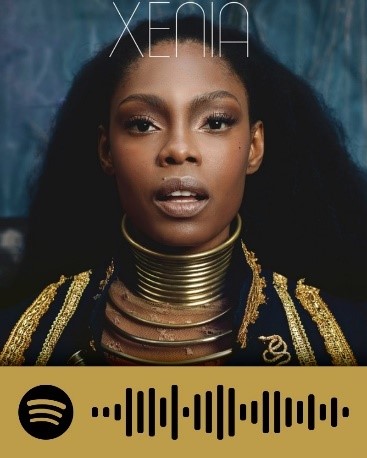 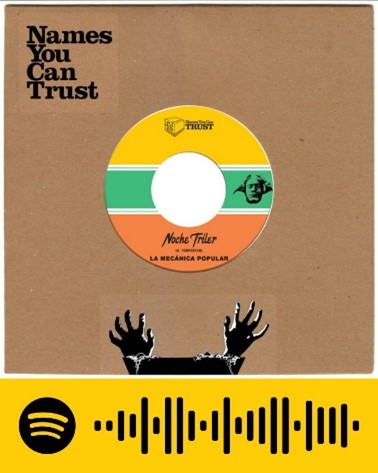 Xenia França is an Afro-Brazilian artist “whose sound honors the roots of African diaspora in Brazil, blending traditional percussion with electronica, jazz, and R&B”. Nominated for the Latin Grammy in 2018 for her debut album, Xenia, her music, and visuals incorporate a plethora of African imagery and sounds as well. She has begun to gain recognition in America, as she has performed for popular YouTube channel, known as A COLORS SHOW, which showcases talented artists with growing followings. Her song, Miragem (Sem Razão), is a quintessential example of this aesthetic as she synthesizes jazz chords and percussion with synths. Another group that has contributed greatly is La Mecánica Popular. This Afro-Latin ensemble is led by Efraín Rozas. He is not only a performer and composer, but also a software and robotics developer, as he holds a Ph.D. in ethnomusicology and composition. This group pairs traditional Peruvian music with polyrhythmic percussion, which is played by a robot he designed. These experimental compositions have been coined to be a crackling melding of past and future in an intoxicating and visceral mix (Johnson, 2018). 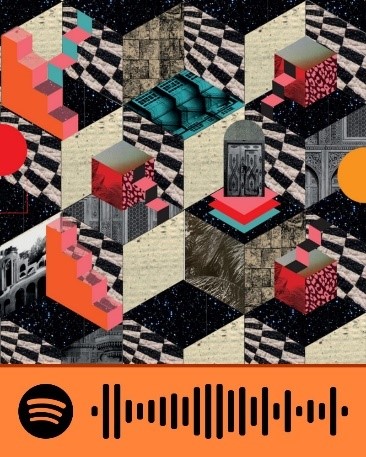 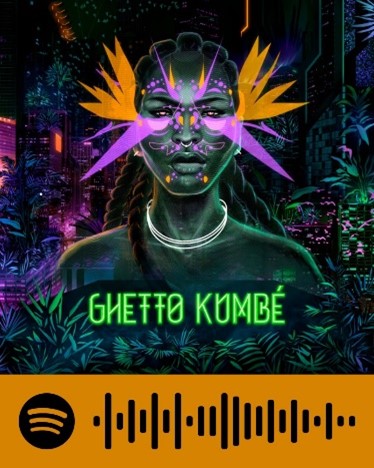 The next artist that has contributed greatly to this movement is Ariwo. As stated on their official Spotify page, “the word “ariwo” means “noise” in Yoruba, a West-African religion that came to Cuba during the transatlantic slave trade and heavily influenced the island’s musical development”. This Cuban Iranian group of four focuses on creating electronic sounds rooted in ancestral music. They have composed two albums in the last three years. The juxtaposing nature of their sound combines the future with the past and natural with the synthetic. Lastly, the artist that contributes to this movement is Ghetto Kumbe. The Afro-Colombian has blended Afro-Caribbean rhythms and sounds with powerful electronic percussion. These tradition rhythms are native to the Caribbean coast of Colombia but were inherited from West Africa. This past July, the artist released his first full length album. This composition serves to not only express his heritage, but also expose the corruption of governmental forces and inequalities imposed on marginalized communities.

As the number of artists of Afro-Latinx identity continue to produce art and music that celebrates blackness and Latinidad in conjunction, we are increasingly made aware of their existence. Acknowledging and validating their complexity challenges the categorization and simplification imposed by colonization. This stretches beyond a mere understanding of the history of colonization, but addresses how a system of white supremacy, superiority, and privilege has seeped into our own mindsets—from colorism to white guilt, from privilege to access. It is a process of constant learning and unlearning, and of cultivating pleasure where we can. (Enright, 2020). Deliberately placing often-disenfranchised black voice at the forefront of a powerful movement with an intent of universal furtherance through technology, Afrofuturism, fundamentally, is in the best interest of all marginalized groups. Black liberation is pivotal for the liberation of all. When will we be able to speak of justice, when justice was never meant to serve and protect Black, Brown and Indigenous bodies? What is the pathway to an equitable future? Can inviting ourselves into cosmic spaces that transcend time and reality free our minds? (Rodriguez, 2020). It is of great importance that we as humans continue to use our power to give marginalized communities platforms for expression and advocacy. Our ethical, and intentional, consumption of Black art will continue to provide the momentum necessary to break the cycle of violence enabled by colonial and Eurocentric paradigms.