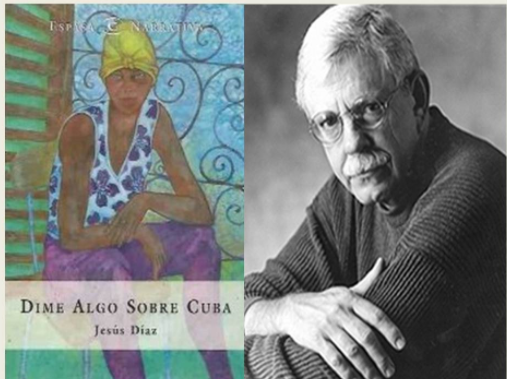 My article on Cuban writer and filmmaker Jesús Díaz (1941-2002) is part of a broader research project on cultural policy, participation and censorship in Cuba.1 I raise two questions. First, what is the role of cultural agents in the production of both stability and change in Cuba, and concomitantly, what does the regime do to coopt actors and control the production of politico-cultural forms? Second, when and how do writers and artists actually push for more ‘space’ and deploy their expressive powers in a way that challenges the statu quo? I argue that the Cuban regime uses arbitrarily and elusively defined spaces for semi-autonomous expression and participation as a way to achieve cooperation, control, and stability. I also make the case that a closer look at the disposition and mobilization of cultural actors reveals that while they can never be fully controlled by any government, and therefore can be seen, as they have been at least since Plato, as a potential irritant for government officials, cultural actors appear to be at least equally motivated by another time-honoured historical disposition: the quest for recognition and participation. Somewhere between non-conformity and conformity, risk taking and risk aversion, Cuban writers and artists may contribute to the detotalitarianization of the collective mind, either by challenging the regime on its political terrain or simply by opting out of propagandistic schemes. With or without fervor, they appear to be mostly seeking accommodation with the regime in place, and like the rest of Cubans, much of their time and energy is devoted to luchar, inventar, conseguir, and resolver.

The case of Díaz is illuminating, for he was a pure product of the Cuban revolution: he benefited from it, but he was also victimized by the regime he wanted to serve. As Iván de la Nuez wrote, “La historia de la cultura cubana en la Revolución no puede escribirse sin el compromiso y la obra múltiple y abarcadora de Jesús Díaz. Lo curioso es que sin ella tampoco es posible escribir la historia del exilio cubano.” A fervent (even zealot) supporter of the Castro regime for most of his adult years in Cuba, Díaz is also remembered for his independence of mind and his propensity to test the limits of the permissible in Castro’s Cuba, notably in El Caimán Barbudo and Pensamiento Crítico, as well as in some critically acclaimed films. This article argues that Díaz’s work and itinerary in Cuba illustrates not so much a calculated desire to test those limits but rather, to occupy the space available and to seek recognition by the cultural and political leadership.

Díaz’s itinerary also evinces how writers can continue to participate from exile in the political and cultural life of their nation. Díaz left the island in 1992 and became a prominent dissident, first in Berlin and then in Madrid, at a time when scarcity and despair led many artists and (to a lesser extent) writers to leave the country en masse. In 1996 he founded probably the most important Cuban emigré journal: Encuentro de la cultura cubana (1996-2009).

It is hardly surprising that for more than three decades a Cuban intellectual such as Díaz tried to fit in and refrain from questioning the regime’s master narrative. The mission of the intellectual in Cuba is to support the socialist project, not (as in the rest of Latin America) to cricitize the government. And yet, it seems that Díaz’s itinerary can be seen as a measure of what could be said and couldn’t be said for three decades in Cuba. What is fascinating is how a savvy cultural figure like Díaz could unwittingly cross the line of the permissible again and again. This is indicative of three interlocked features of cultural policy in Cuba: the elusiveness of the parameters within which expression is allowed or tolerated, the capacity of the politico-cultural field to rehabilitate some of its lost sheeps, and the writers and artists’ enduring quest for recognition by the cultural and political leadership in the island. 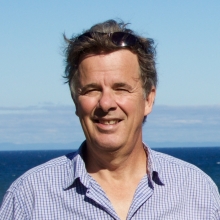 Yvon Grenier
Yvon Grenier (Ph.D. Université Laval, 1989) is Professor of Political Science at St. Francis Xavier University in Nova Scotia, Canada. He is the author of Guerre et pouvoir au Salvador (Les Presses de l’Université Laval, 1994), The Emergence of Insurgency in El Salvador (University of Pittsburgh Press, 1999), Art and Politics: Octavio Paz and the Pursuit of Freedom (Rowman and Littlefield, 2001; Spanish trans. for the Fondo de Cultura Económica in 2004), and co-author with Maarten Van Delden of Gunshots at the Fiesta: Literature and Politics in Latin America (Vanderbilt University Press, 2009, 2012). He edited (selection of texts and introduction) a book of political essays by the Mexican Nobel laureate Octavio Paz, entitled Sueño en libertad, escritos políticos (Seix Barral, 2001). Professor Grenier was editor of the Canadian Journal of Latin American and Caribbean Studies and he is contributing editor of the magazine Literal Magazine, Latin American Voices.