The Many Names and Faces of Columbus Day 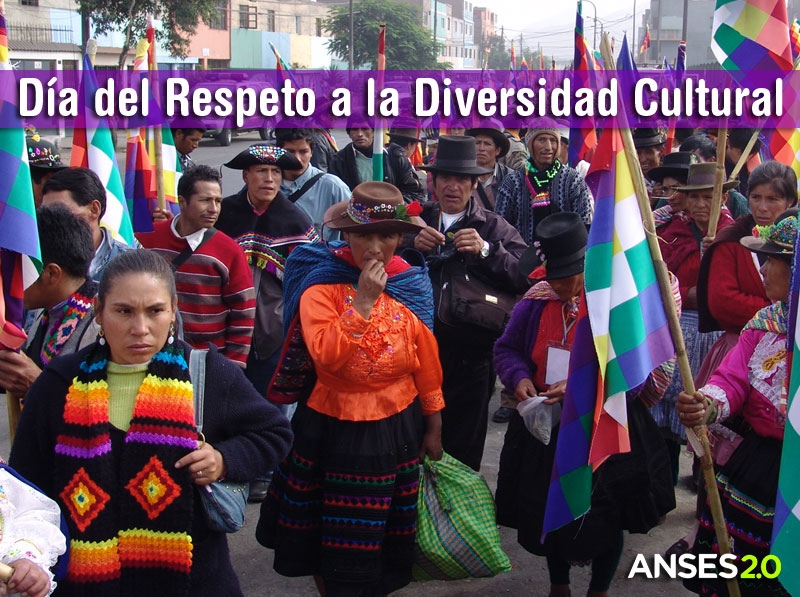 On October 12, 2015, more than 5,000 people marched through the streets of Santiago, Chile. The demonstrators belonged to Chile’s largest indigenous group, the Mapuche, and were marching in protest of the celebration of the 523rd anniversary of the day Christopher Columbus landed in the Americas.1 Whereas in Chile the holiday is called “Day of the Encounter Between the Two Worlds,” in the United States it is better known as Columbus Day.2 While the enormous march took place in Santiago, a much smaller-scale march occurred in Oakland, Pittsburgh. Here over a hundred people protested the celebration of Columbus Day, and called for it to be renamed “Indigenous People’s Day.”3

If right about now you’re asking, “What’s the big deal? What’s wrong with Columbus Day?” then you may want to take a second look at the Columbus you think you know. Since the 1980s and before, populations throughout the Americas have protested the holiday that honors the 15th century explorer, because he quite literally kicked off the transatlantic slave trade and personally oversaw the beginning of a brutal genocide which after the first 130 years of colonization would take the lives of 95 percent of the indigenous population of the Americas.2 Upon meeting the indigenous Taíno people after his landing in the Caribbean, Columbus wrote to the king of Spain that they were “fit to be ordered about, to sow, and to do everything else that may be needed,” and that with a few more Englishmen, “they could all be subjected and made to do all that one might wish.” He promptly set about doing just that, capturing the indigenous and sending them to the king as “gifts,” forcing the rest to work, and killing those who refused or who were not useful to him.4 “Let us in the name of the Holy Trinity go on sending all the slaves that can be sold,” Columbus wrote.5 This started a pattern of enslavement, hard forced labor and ruthless violence throughout the Americas, a pattern that destroyed an entire population.

Protests of Columbus Day, as with any social protest movement, come in different forms. While some march, others vandalize. This past Columbus Day, as protesters demonstrated in Chile, Oakland and elsewhere, a Columbus statue in Detroit was splattered with red paint and had a hatchet taped to its forehead, the effect of which was that from a small distance Chris Columbus seemed to have an axe buried in his skull.6 Earlier this year, statues of Columbus have been defaced in Trenton, Buffalo and Boston as well, using black and red paint and words like “slaver” and “rape” to bring attention to Columbus’s unsavory actions.4,7,8 The vandals in Buffalo even went as far as to paint the words “Pecca vestra exponuntur,” or “your sins are exposed.”4 Here in Oakland, Schenley Park’s Christopher Columbus statue is no stranger to vandalism either. In 2010 it was defaced all of three times, including the word “Butcher!” painted across its base and its hands painted red.9 With all this anger towards the persistence of Christopher Columbus’s hero legacy, it’s no wonder Vox.com called the day that perpetuates that legacy “America’s most awkward holiday.”10

Today the holiday that takes place on the second Monday in October goes by many names. In Latin America, it has traditionally been called “Día de la Raza,” or “Day of Race.” This name is supposed to indicate how culturally enriching the arrival of the Europeans was for indigenous Americans. Indigenous groups have been protesting this name for decades. In 2002, Venezuela became the first country to change it to a name that celebrates indigenous history, under the administration of Hugo Chávez, who called the previous name “discriminatory, racist and pejorative.” Venezuela now celebrates the “Day of Indigenous Resistance” on the second Monday in October. So does Nicaragua, which switched in 2007. In other countries, less forceful names have been adopted in place of Day of Race: In Chile it is called “Day of the Encounter Between the Two Worlds”; in Argentina, “Day of Respect for Cultural Diversity”; in Ecuador, “Day of Interculturality and Plurinationality.” Bolivia has taken a starkly contrasting approach to the holiday ever since it was renamed “Day of Mourning for the Misery, Diseases and Hunger Brought by the European Invasion of America” in 2011 by indigenous president Evo Morales. This recognizes the suffering that the indigenous experienced instead of celebrating Columbus or the meeting of cultures—because in reality it was not so much a meeting as a destruction of one by the other.2

Just because the movement to abolish Columbus Day has recently picked up steam, however, does not mean that the contemporary effects of Columbus’s actions are going away. Today at least 25% of Native Americans (within the United States) live in poverty, and the poverty rate is far greater even than that among the indigenous of Latin America.11,12 This is connected to lower life expectancies and an achievement gap among students, as well as rights issues such as the fight for land and representation.2,12 Ceasing to honor Christopher Columbus with federal holidays is only a start to righting the wrongs that the Americas’ native peoples have endured for the past five centuries.