Historic Progress in Peace Negotiations between the Colombian Government and FARC 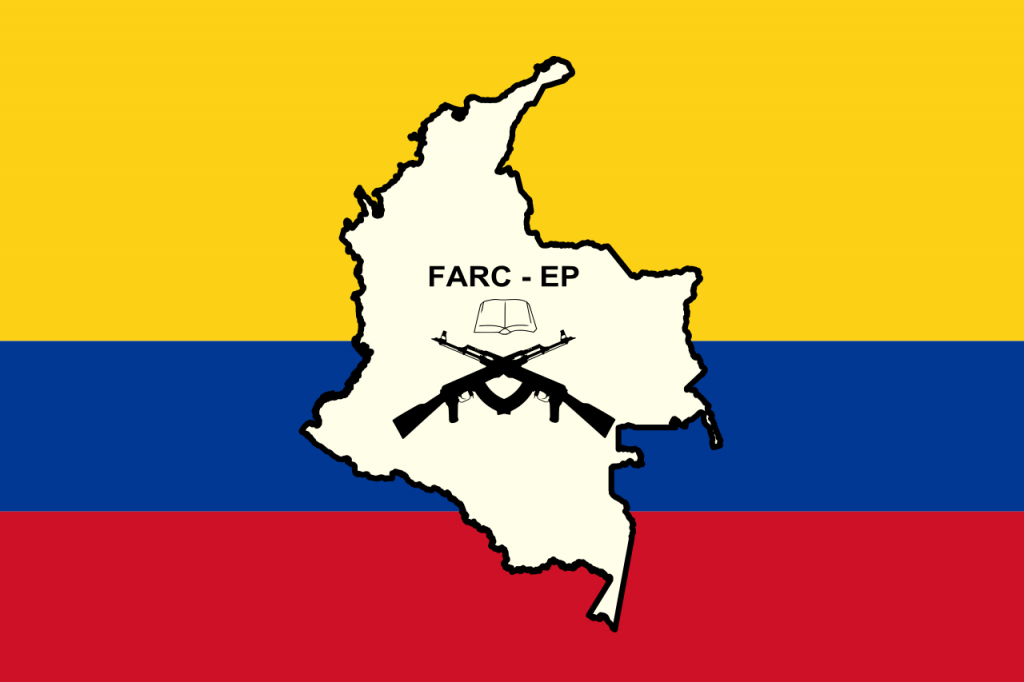 On Wednesday September 23rd in Havana, Cuba, Colombian president Juan Manuel Santos and leader of the Revolutionary Armed Forces of Colombia (FARC), Timoleón Jiménez, also known as “Timochenko,” made historic progress in peace negotiations, coming a step closer to ending the decades long conflict. Contrary to popular belief, the FARC guerrilla group has roots back to a militia founded in the civil war of 1948-58, La Violencia, though most consider the group was founded in 1964.1 The group continued after the end of the civil war and in 1966 became the Southern Block to the Revolutionary Armed Forces of Colombia, changing its main objective from agrarian reform to a full government upheaval.1 During the coming decades, FARC continued to grow and expand, becoming a greater threat to the Colombian state.

The current peace negotiations are not the first attempt at compromise between the Colombian government and FARC. In 1999, there were peace negotiations between FARC and President Andrés Pastrana’s administration in a demilitarized zone in the south of the country.1 Overall, these negotiations were a failure because neither party was sincere in its intent for compromise.1 The recent progress is a part of peace negotiations that formally began in August 26, 2012 in Havana. Thus far, both parties have reached a consensus on four of the six main points: land reform, the political participation of the rebels after the peace deal, trade of illegal drugs, and transitional justice.2 A main component of the recent development is reparation for victims. A special Tribunal for Peace, composed of judges from Colombia and abroad, will determine the necessary sanctions and victim compensation. Those who confess and collaborate with the justice system will receive alternative sanctions, while those who take no responsibility for their crimes could receive up to 20 years in prison.4 According to The Guardian, a deal still needs to be reached on “how the guerrillas will demobilize and decommission their weapons and how to implement the accords.”3 Moving forward, a final document will be signed by March 23, 2016 and then FARC will lay down their arms within 60 days.

Moreover, the final decision of whether to reject or accept the peace deal will lay in the hands of the Colombian people via a referendum. These negotiations are very controversial to the Colombian public. Perhaps one of the most outspoken critics of the deal is former President Álvaro Uribe, who believes that Santos is making too many concessions to FARC. Because of the widespread violence of the conflict, more than 220,000 people killed during the civil war and 80% of them civilians (according to a report by Colombia’s Centro de Memorial Historica), many people do not think that the deal goes far enough in ensuring justice for the victims and punishment for the rebels.2 President Santos acknowledges this saying, “The main point of all these negotiations is where to draw the line between justice and peace. It doesn’t matter where you draw it, some people with not be satisfied.”2

Looking toward the future, how Colombia handles the issue could serve as a model for other countries. Senator Roy Barreras, the president of the peace commission in Colombia’s congress remarked that, “This is unique. Remember that in South Africa, Ireland and the Southern Cone [of South America], the agreements ending conflicts were completed without criminal sanctions.”2 Overall, Colombia stands to benefit from a peace deal between the government and FARC, especially economically. More political stability would increase investors’ confidence and most likely lead to more foreign direct investment. Adam Isacson, a Colombia expert at the Washington Office on Latin America, reiterates this point stating, “A final deal would cast a really rosy glow on Colombia, would make it look like a much safer place to invest. Especially in rural areas…there would probably be a lot more willingness to invest in extractive industries and agribusiness.”2