Do political parties have been invested by a process of “presidentialization”?

What actually makes a president of the Republic a leader in (semi-)presidential regimes? And when, if ever, is it possible that a party leader, once he or she has become the head of government in a parliamentary regime, can come close to the style of leadership in similar cases in which the separation of powers exists? If the institutions influence the behavior of politicians, and thus of the parties, it is

necessary to understand and explain if and in what way it is possible to refer to ‘presidentilized’ party organizations outside of the institutional context that defines its characteristics: the presidential regime.

I think that a key variable is the control of the presidential party. Do presidents are – formally or not – the leader of their party? The control of the political party is a critical factor in explaining most part of the political possibilities that presidents have in their political and institutional activities. The ability of the President in leading his/her own party will affect the kind and effectiveness of presidential power in dealing with his/her parliamentary group (either majority or minority), with the prime minister (if any) and with the ministers. Variation and durability of outcomes however strongly depend also on institutional contexts and structures. The presidential win set would arguably vary on the base of the effective leadership of the party they are member.

The present state of affairs, in very brief terms, sees those on the one side who maintain that it almost exclusively the institutions that influence, condition and make possible (or not) party (and therefore also political) presidentialization. On the other, we find those who insist that political presidentialization – intended as a centralization of governmental, elective and party functions – is a verifiable “tendency” in practically all western democracies. For various reasons, I would argue that to this dichotomy can be added a variable, the component connected to the “nature” of the parties analyzed, which can contribute to spotlighting a phenomenon that is being widely discussed throughout the (not only academic) world. In light of these different research hypotheses, we seek to approach our analysis by flanking the party variable with the institutional one.

The literature has mainly focused on the general process of personalization that has been detected in recent modern politics, especially in western democracies. Depending on the cases studied, on the research fields and the data availability (and reliability), the studies conducted have had different foci. The role of institutions, the characteristics of leadership and leaders, as well as the electoral process or the mass media influence, have been the main explanatory variables analyzed in order to explain the phenomenon of «presidentialization». Thus, the weakening of party loyalties, the kind of electoral system, the influence of mass media, and the form of government have in turn been considered as the independent variable, the factor that justifies the above mentioned phenomenon of a «presidentialization of politics». I place greater stress both on the concept of presidentialization, and on demonstrating empirical evidence of the phenomenon, if any such evidence exists. Indeed, the presidentialization of politics in our view means the presidentialization of parties, or better yet, a phenomenon that arises from the political parties’ behavior.

The causal trajectory is summarized as follows: constitutional structures affect party presidentialization through the medium of endogenous party factors. I consider the genetic model of organizational development (penetration v. diffusion), the characteristics of the dominant coalition (factions v. tendencies), as well the balance of power in the dominant coalition (central office v. public office). There are three factors concerning party genetic features: 1) the organization’s construction and development; 2) the presence or the absence (at the party’s origin) of an external “sponsor”; 3) the role of charisma in the party’s formation (Panebianco 1988, pp. 50-2).

I basically claim that differences between «personalization of politics» and «presidentialization of politics» essentially refer the fact that: a) the previous implies mainly considering a sort of personal «capital» in terms of skills, characteristics, attitudes, etc., while b) the latter consider primarily institutional resources, constraints and opportunities.

The results tend to confirm both of the starting hypotheses: a) the presidentialization of political parties is a phenomenon (and a concept with clear empirical “aspects”) that must inevitably arise in presidential regimes (and also in semi-presidential ones, under certain circumstances); b) the genetic characteristics of political parties function as an intervening variable capable of accentuating the opportunities offered by the institutions from a presidentialization perspective, or rather they circumvent restrictions and produce presidential effects, even if limited in time and space. Moreover, the results indicate an increasing level of presidentialization in parties (and thus indirectly in political systems) where the parties have original, genetic features capable of accentuating the institutional opportunities for such a development. Independent of the distinctions between regimes, «centralized» parties that are cohesive, disciplined, without factions and with a leadership that is «independent» from the organization (for extra-political or statutory resources) will be more suitable to increasing levels of presidentialization. Vice versa, political parties that have a fragmented and divided leadership, and are permeated by fractions, factions and ideological conflicts as well as by “decentralized” and diffused organizational structures, will have considerably greater difficulty in concentrating resources around a single individual. General results confirm our hypothesis about the importance and influence of the genetic characteristics of the parties and equally about the inescapable influence of the constitutional structure. 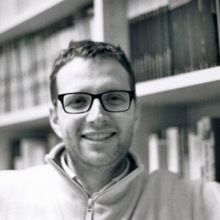