Why the United States? 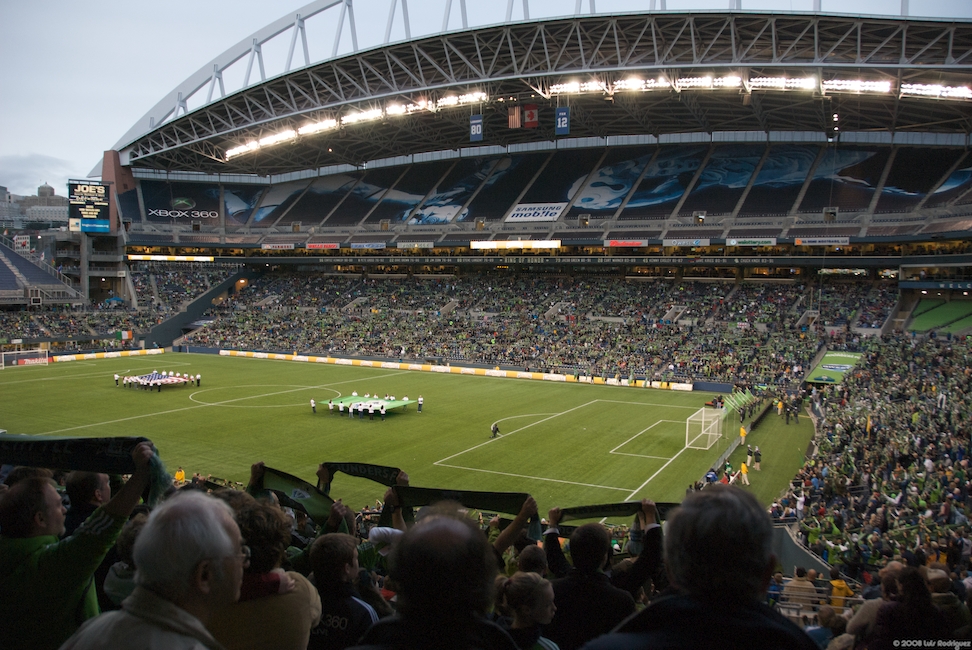 This coming summer, from June 3 to June 26, the centenary edition of the South American soccer tournament, aptly named the Copa América Centenario, will be hosted by the United States. During the month-long tournament, the 10 South American teams and six additional from North and Central America and the Caribbean will play games from Orlando to Seattle, from Foxborough to Pasadena, and a score of cities in between.1 However, the decision to have the special centenary edition of the tournament begs an obvious question: Why the United States?

It is no secret that, in the United States, soccer has not achieved the same level of popularity as American football, basketball, baseball, and hockey. As comedian and host of the hit HBO program, Last Week Tonight, John Oliver, put it, “In America, soccer is something you pick your 10-year-old daughter up from, but… for everyone else on earth, it’s a little more important.”2 Oliver’s program then continues that soccer “is a religion” in many parts of the world. While his statement is obviously hyperbole, it does put the popularity of the sport in the United States in perspective, and the data supports his claim, as well.

Taking a look at the viewership numbers of the major professional sports championships for 2015/16, it is not surprising that John Oliver would make such a remark about the state of soccer in the United States. The 2015 Stanley Cup between the Chicago Blackhawks and the Tampa Bay Lightning drew an average of 5.6 million viewers over the six-game series.3 The 2015 World Series between the Kansas City Royals and the New York Mets drew in an average of 17.2 million viewers over five games.4 The 2015 NBA Finals between the Golden State Warriors and the Cleveland Cavaliers captured an average audience of 19.9 million viewers over six games.5 Finally, the Super Bowl, contested between the Denver Broncos and the Carolina Panthers, was the third-most watched television program in United States history, pulling in 114.4 million viewers.6 Meanwhile, the final game of the MLS cup between the Portland Timbers and the Columbus Crew had a combined viewership of just 1.2 million.7 Even the United States’ collegiate football and basketball championships drew more viewers than the MLS Cup, but also the World Series, the Stanley Cup, and the NBA Finals with 25.78 million and 28.3 million viewers,9 respectively. Despite Major League Soccer’s poor ratings, soccer has, in fact, been growing in popularity since 1990.

The early 1990s were a turning point for soccer in the United States. In 1990, the men’s national squad made it through the group stage of the FIFA World Cup for the first time since 1950. Then, in 1994, the United States hosted the world’s largest international soccer tournament.10 The women’s squad, since the inception of the Women’s World Cup in 1991, had emerged as one of the most dominant forces in international play, winning the inaugural tournament in 1991, then for a second time in 1999 when the United States hosted the tournament. The women’s national squad also took home the 2015 World Cup.11 Since 1990, however, the level of participation in the sport has grown exponentially. Between 1990 and 2000, youth participation has nearly doubled from 1.62 million to 3.02 million people playing youth soccer in the United States, which lends John Oliver’s statement about American Soccer a bit of credibility. However, in 2014, it was estimated that more than 24 million people nationwide play the sport.10

By the numbers, soccer’s popularity stateside has been steadily growing, and the Copa América Centenario will hopefully help draw in a larger crowd. While the United States is not particularly fond of domestic soccer, fans of the sport seem to love international play, with the 2014 World Cup final between Germany and Argentina drawing in nearly 27 million viewers.12 While it may not occur anytime soon, soccer could become the fifth major professional sport of the United States. So, when you ask, “Why the United States?” consider that it is an opportunity for the sport to grow in one of the only remaining nations in the world where soccer does not reign supreme.