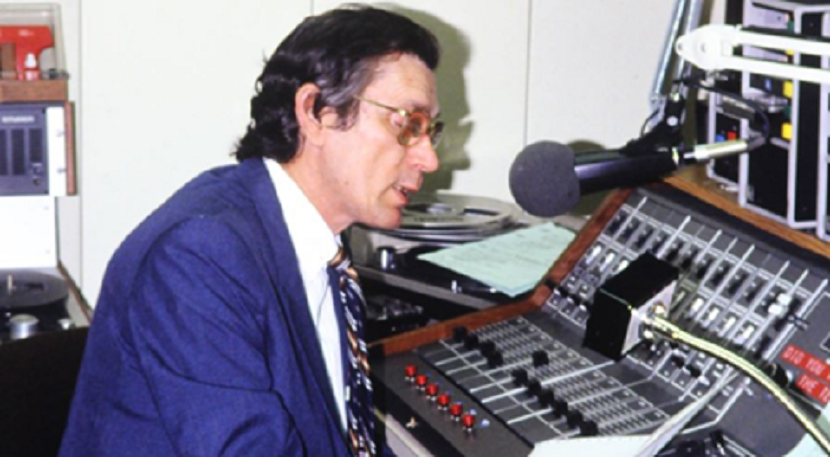 Notes for Chapter One

Bibliography for Chapter One

SYNOPSIS (English):   This is the first chapter of a three parts article.  In this extended obituary I honor the memory of my four-decade friend, Álvaro Ínsua (1935-2019).  I highlight his connection with the ill-fated socio-anthropological research project in Socialist Cuba in 1969-1970 led by the famed U.S. anthropologist Oscar Lewis and his colleague Douglas Butterworth that focused on Lewis’ much-debated “culture of poverty” theory.  Indeed, Álvaro’s collaboration with the Lewis-Butterworth project landed him in prison in Cuba for six long years given that the regime spied on the researchers 24/7.  This case makes Ínsua historically a de facto casualty of anthropological investigation, yet, relatively little has been written about it, a gap that I attempt to correct from a personal perspective.  I further endeavor to place his sad story in the wider corpus of the á propos literature on Cubanology and the history of anthropology.  The second and third forthcoming chapters will continue the narrative.

“Speak up for those who cannot speak for themselves…,”  Proverbs 31:8-9

I--FOREWORD:(1)   Six years ago I published in these pages of PANORAMAS an article about the unfortunate fate of the research project led by the late prominent U.S. anthropologist Oscar Lewis, accompanied by his wife Ruth in Socialist Cuba in 1969-1970 (Alum, 2015: “The Cuban Culture of Poverty Conundrum”).  The Lewises were joined by Dr. Lewis principal collaborator at the University of Illinois, the anthropologist Douglas Butterworth.  Although they called it the “Project Cuba,” I prefer to label it more appropriately the “Lewis-Butterworth Cuban Project.”  By now, I have published some ten writings on the topic since 1979 in both English and Spanish [See Note 3 and the Bibliography].  In most of these prior writings I mentioned that the North-American researchers’ Cuban associate, Álvaro Ínsua, suffered incarceration for six long years as a result of his collaboration with the project.(2)

Regrettably, Álvaro died (of respiratory failure) two years ago, in Miami, where he had been residing lately (on Sunday, January 13/2019), weeks before his 84th birthday.  Although he was the subject of a few brief obituaries in Miami’s Spanish media (Cancio, 2019; Díaz, 2019; Steegers, 2019), they mostly referred to his three-decade service to his last job with Radio Martí job (explained below), but none clarified his connection to the ill-fated Lewis-Butterworth Project that landed him in the Castro brothers’ tropical gulag half-a-century ago.  My additional key objective is to correct this gap in the historical record from a personal perspective, while paying homage to Álvaro’s memory on his 86th birthday this month of February/2021.(3)

II--ÁLVARO’S BIOGRAPHICAL ANTECEDENTS:   He was born Álvaro Daniel Ínsua Torres (as per Hispanic cultural tradition, the maternal patronymic follows the paternal), in Havana, on Tuesday, February 19/1935.  The sole child of parents who were basically working class, but that ensured that their son would receive a solid education up to university level.  Initially a bit rebellious, Álvaro, loved acting and participated in plays with famous actors/actresses in some of Havana’s numerous theaters, as well as in television shows.  Although he tried to be essentially apolitical, he took off to New York for over a year (circa 1954-55) as his own way of discretely avoiding the authoritarian rule of Afro-Cuban dictator Fulgencio Batista (1952-58).  Although he interfaced with some anti-Batista exiles in New York, he mainly worked at odd jobs while studying English and acting.

Homesick and tired of the snowy North, he returned to Cuba and tried his luck again at television performing and radio announcing, while renewing his studies of statistics that he had interrupted before.  Meanwhile, he reconnected with a sophisticated young lady he had met before his New Yok sojourn, Greta (née González).  They were soon engaged, and married in December/1956; their only son, Manolo, was born the following September.(4)

Like most Cubans of their generation, the couple optimistically hoped that the Fidel and Raúl Castro crew that replaced authoritarian dictator Batista in January/1959 would return the legendary island-nation to constitutionalism, as the Castro siblings had promised during the 1950s political rebellion (de la Cuesta & Alum, 1974).  But the Ínsua-González couple felt disappointed when the Castros steered the country toward a totalitarian, closed society allied to the distant Soviet Bloc.  The family contemplated emigrating to the U.S., as so many hundreds of thousands of Cubans were doing.  But, as also so many others had to do, they resigned themselves to stay, especially to care for elderly kin reluctant to start all over in colder, foreign lands.  Then, a former professor of Álvaro offered him a job at the University of Havana teaching statistics, which he accepted if with some trepidation.

Yet, on Monday, April 17, 1961, while the Bay of Pigs invasion was taking place in south-central Cuba, Álvaro was the victim of arbitrary “preventive imprisonment” in a makeshift jail at the confiscated Blanquita Theatre.  He described it to me as “a horrible infernal experience.”(5)  He was in an additional disheartening mood inasmuch as his generous father-in-law, a self-made rural attorney, had committed suicide a couple of weeks earlier when he was barred by the government from practicing his beloved legal profession for no apparent reason.(6)  After his discharge, Álvaro returned to university teaching, if hesitantly, as he was terrified of the omnipresent state’s security apparatus.  In his words, he had become “spiritually sick.”

Still, Álvaro lasted barely a few years in his faculty position since he was fired when, among other reasons, he ”declined” to join activities of Communist organizations.  Yet, miraculously, he was still allowed to continue working at the Cuban Academy of Sciences (then located in Havana’s magnificent capitol) thanks to his skills in statistics, “while discretely hoping to pass undetected.”

NOTES FOR CHAPER ONE

(1) The list of acknowledgement to all those who have, in one way or another, helped me for four decades with my writings regarding the Lewis-Butterworth Cuban project would take too much of the “rationed” space here (all rationing is undesirable!).  Nonetheless, aside from those mentioned in my prior relevant pieces [see Bibliography], let me particularly add Héctor de la Campa, Steven Dike, Maida Donate, Ileana Fuentes, María Martín, Herb Stupp, Ray Suárez, the late Doren Slade (vid. Alum, 2021), and chiefly Mrs. Greta Ínsua and son Manolo Ínsua, inter alia [See Note 3].  I am, however, responsible for all opinions and errors; and as usual, I welcome all constructive criticism, notably since I plan to continue writing about this topic.

(2)  I use “Socialist Cuba” as per the Cuban government’s own preference and also following my former Pitt professor, Carmelo Mesa-Lago (1971), considered the “dean” of international Cubanology.  Although the country of my subspecialty is the Dominican Republic, many of my writings since the early 1970s deal with Cuban topics.  I have also been interested in the history of anthropology for five decades, as demonstrated in various pieces of my authorship (e.g., Alum & Bolton, 1999).  I consider this modest piece a contribution to both, Cubanology and the history of Anthropology as I mark 50 years of membership in the American Anthropological Association.

(3)   I draw here freely from the obituary of Álvaro that I authored for ANTHROPOLOGY NEWS (Alum, 2020), as well as from other previous á propos writings of mine (Alum, 1979, 1982, 1983-a, 1983-b, 1984, 2011, 2014, 2015, 2019-b, 2020, etc.), plus from several old and recent interviews; e.g., Donate (2011) and the surviving Ínsua family members.  My last meeting with Mrs. Ínsua took place during my latest visit to Miami, on Sunday, Nov. 3/2019, in the company of my cousin Cary Linera and feminist author Ileana Fuentes.  I have also held long telephone conversations with her and Manolo, and have further exchanged e-mails with him (as I used to do also with Álvaro).  Incidentally, I generally avoid citing my own previous publications in my writings; yet, I am making an exception here to clarify that this piece constitutes another installment in long-held intellectual interests.

(5)   Beginning on April 15/1961 --two days before the infamous Bay of Pigs invasion-- ordinary Cubans suspected of being “gusanos” (worms, one of the Nazi-style epithets that the regime still uses vs. dissidents) were the victims of untold cruel brutalities (del Risco, 2019; Fuentes, 2020:49 ).  As many as 100,000 were rounded up, thrown into existing and improvised overcrowded prisons, such as stadiums, schools and theaters, like the once majestic and modern Teatro Blanquita, in Marianao, west of Havana, where Álvaro was held.  Detainees were kept incommunicado without adequate food, water, clothing, ventilation, or sanitation facilities, which resulted in epidemics.  Álvaro told me that he witnessed even a woman in labor without receiving medical attention.  These appalling events do not seem to be yet well documented in the literature; I only found sparse references in CIJ (1962), DDC (2007), Fuentes (2020), and especially Masó (1962).

(6)   Greta’s older sister (Vera), who was a lawyer like their father, however, managed to be promoted to the bench; yet, she too ended up in jail, though unrelated to the Ínsuas’ case.  The former judge is also now an exiled senior citizen in the Miami area [See Note 4].

BIBLIOGRAPHY FOR CHAPTER ONE