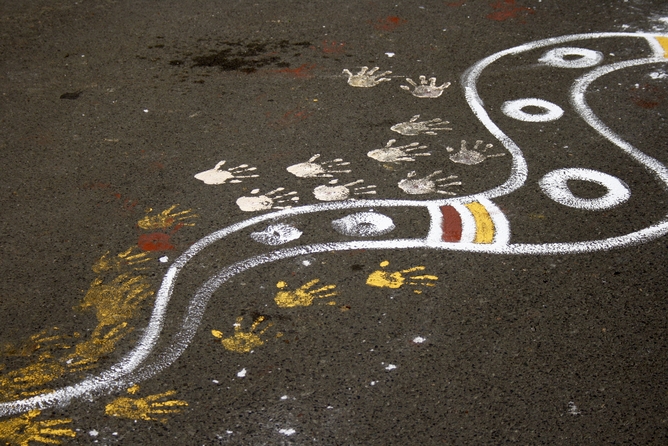 On September 21st, the University of Pittsburgh’s Institute for International Studies in Education and School of Education combined with the University Center for International Studies to hold a day long symposium on indigenous education. The event had an international focus with eight different presenters discussing indigenous issues around the world. Beyond the presentations, there were also a tables focusing on indigenous culture from Peru to Samoa. Even the lunch was provided with a theme of traditional indigenous food and performers. The eight speakers discussed their own research and experience in the hopes of expanding the knowledge of the problems surrounding indigenous education.

The keynote speaker of the morning session, which was focused on language, culture and identity, was David Shuler who highlighted why indigenous education is important. He spoke of how we must understand indigenous populations to understand the “breadth of humanity.” Shuler emphasized that indigenous people are “original people” and that history has pushed them to marginal lands and forced them to try to hang on to their culture. One of his main points was that often we forget the principle of cultural relativity, that any cultural item must be understood in the construct of the culture. Both Shuler and the second speaker, Victor Penchala Narismulu, tried to raise awareness of how we are often quick to impose our meanings onto other cultures’ symbols.

Shuler then shifted the focus of his lecture to how the lack of cultural relativism has affected education. Both Narismulu and Shuler agreed that colonialism has had a tremendous effect on the education of indigenous populations. Colonialism spread the idea that there is only one way to educate. This invalidated the many unique ways various indigenous populations had historically chosen to educate themselves and their children. In the words of Narismulu, colonialists essentially told the indigenous world, “You are a noble savage and your ways of learning are a deficit.” From then on the history of indigenous persons was not written by indigenous people. Narismulu said that “we stand on the shoulders of those who have come before us,” but he explained that it is hard to appreciate your culture when it is not a part of the history you are taught. He explains that “how indigenous communities are imagined, inevitably can become the chains in which they become captured.”

Narismulu argued that the intellectual spaces of indigenous populations have been shifted to the margins, but he is inspiring others to fight back. He has been developing programs to get members of indigenous communities into college and inspiring them to go back to their communities as a role model. He and the other presenters at the event took steps to improve awareness of the diverse issues indigenous persons and their cultures must face simply by sharing their research and experiences. One quote presented by Hanna Chumachenko Lassowky perfectly summed up the main point of the conference, “Learn my brother, think, learn, read and study other cultures without abandoning your own.”

The importance of diversity has been increasingly important at the University of Pittsburgh this year. This event was a part of the university’s Year of Diversity which has been filled with events focusing on all forms of diversity. Various lectures and events such as the lecture by Michael Brown Sr., the Diversity Reception and the Finnish Education Symposium. The decision to make this year The Year of Diversity appears to coincide with last year’s creation of a diversity council on campus, made up of 22 campus organizations to promote the awareness of the diverse populations at Pitt and the problems that they face. Each step is one in a long process to fully incorporating diverse perspectives into higher education. The Indigenous Education Symposium aimed to bring more awareness to the indigenous voices in order to inspire greater discussion. In the words of Dr. Maureen Porter, one of the event’s organizers, “We tried to make connections visible where we know that there are opportunities at Pitt in order to make it a clear part of what you study. We tried to get everything we could and we also said come and tell us about you, because we want to know.”