Government Buildings Set Ablaze by ‘Garimpeiros’: The Latest Onslaught on the Environment and Indigenous People of Brazil 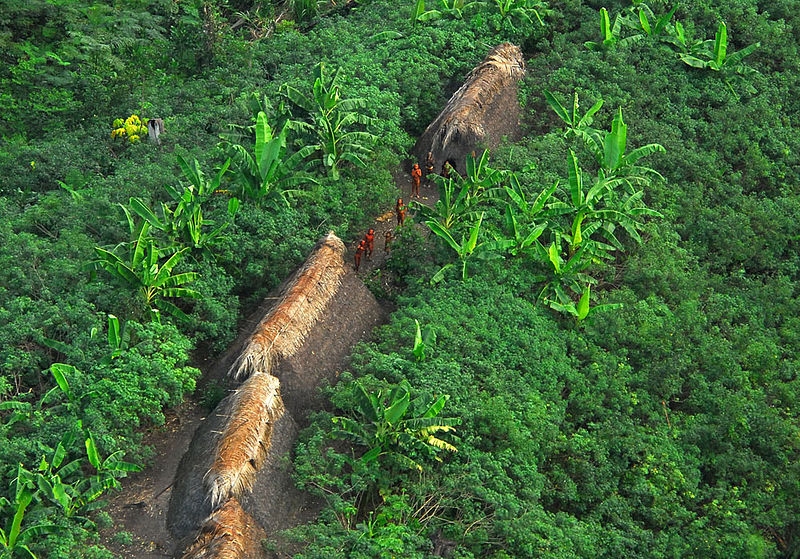 On Friday, October 2017, troops and federal police were deployed after several government and environmental agency buildings were set on fire by hundreds of armed men in the town of Humaíta in the Brazilian Amazon. In this 5-hour long attack, several buildings, vehicles, and documents were destroyed at the local headquarters of IBAMA, Brazil’s environmental protection agency, and the Chico Mendes Institute for Biodiversity Conservation. Vehicles belonging to the National Institute of Colony and Agrarian Reform were also destroyed.

This attack was referred to as a ‘barbaric attack, an act of terrorism’ by Jose Leland Barroso, the head of IBAMA in the state of Amazonas, where the fire took place. The arsonists are believed to be illegal gold miners known as ‘garimpeiros’.

This attack is thought to have been a vengeful response to the recent seizure of boats that were being used to extract gold from the bottom of the Madeira River. This seizure was the latest in a series of government efforts to curb the illegal activities of these illegal miners.

This arson attack is just the most recent example of how these garimpeiros have devastated the communities that they work in. Since the rise of gold production in the Brazilian Amazon, these miners have been involved with countless atrocities and attacks on the environment and directly on the indigenous people that live in it.

‘Garimpeiros’ is a Portuguese word used throughout Brazil to refer to the groups of illegal gold miners who have been active on-and-off in the dense Amazonian jungle of Venezuela and Brazil since the late 20th century.

These illegal gold miners emerged in the 1980s during what is known as the boom del oro, or the ‘gold boom’ in Brazil. As gold became a larger commodity out of the region, illegal mining activity also boomed, totaling between 300,000 and 400,000 illegal miners during their peak. These numbers have decreased substantially, with an estimated 10,000 still active (Las Rutas Del Oro, 2015). Around 1,000 are believed to operate in the RENCA reserve, which is where this most recent attack took place (TeleSur TV).

The majority of these garimpeiros come from poor regions with few resources or economic opportunities and have low levels of education and literacy. They usually stay in temporary camps with their families in the jungle regions where they work (Las Rutas del Oro).

What else have the garimpeiros done in Brazil?

These recent attacks on IBAMA and the Chico Mendes Institute are just the most recent in a long history of terrorism by the garimpeiros against the Amazon region and its people.

One of the main ways through which garimpeiros harm the environment and the people who rely on it is the pollution the Amazon’s water sources. Illegal miners work on rivers throughout the vast territory of the Amazon, dumping tons of mercury directly into the rivers in order to separate the extracted gold from any residue. As a result of this pollution, the people living along these illegal mining sites reportedly consume more than double the level of mercury thought to be a ‘serious health risk’, which can have detrimental effects on the central nervous system, kidneys, heart and reproductive organs (TeleSur TV).

Illegal gold miners, along with groups of illegal loggers and ranchers, have a history of directly attacking and killing indigenous tribes that occupy the territory around where they work. Most recently, in early September a group of garimpeiros working in the Javari Valley reportedly killed 10 members of an uncontacted Amazonian tribe. This is one of the largest mass murders of uncontacted people in decades, and was discovered when illegal miners were overheard bragging about the massacre in a bar (The Washington Post).

This mass killing sparked memories of another from 1993 known as the Haximu massacre, or the Yanomami massacre, in which 16 members of the uncontacted Yanomami tribe were murdered by illegal gold miners. Following this attack, two perpetrators were arrested, and 23 were arrested on charges of genocide (Human Rights Watch).

Garimpeiros in Brazil are reportedly responsible for other violent (and often unpunished) offenses such as threats, thievery, and child prostitution (The Washington Post).

What is the Government doing about this?

Violence against Brazil’s indigenous population is nothing new. However, it continues to grab international headlines as these sorts of attacks continue to happen, raising the question: What is being done to stop these garimpeiros and protect these uncontacted tribes?

The Brazilian Amazon is home to a large concentration of these valuable uncontacted indigenous tribes, many of which have made the conscious decision not to interact with the outside world. The Javari Valley in which this most recent fire attack occurred is home to more uncontacted tribes than anywhere else on earth (The Washington Post).

Uncontacted tribes like these are incredibly valuable, preserving centuries-old traditions and ways-of-life with little to no contact with members of the outside world. Their territories are incredibly difficult to access (for good reason), and their inhabitants often lack the immunity to diseases that outsiders may bring. Because of their lack of immunity and their lack of modern weapons, they are especially vulnerable to attacks by or contact with unwelcomed outsiders.

The Brazilian National Indian Foundation, or FUNAI, is a Brazilian government body that establishes and enforces policies relating to the protection of indigenous people. Specifically, FUNAI maps out and protects lands that are traditionally inhabited and used by indigenous communities and uncontacted tribes, and prevents invasions of protected territories by outsiders.

In 2017, the recently elected president of Brazil, Michel Temer, reduced protections over large areas of the Amazon rainforest, many of which are inhabited by indigenous tribes, and announced his plans to allow mining in other protected areas of the forest (The Guardian). After these announcements were met with widespread global criticism, he altered the text of the policy to ban mining in certain protected and indigenous areas (TeleSur TV).

With Temer’s business-friendly and indigenous-not-so-friendly plan, FUNAI was also dealt a significant blow as its funding was nearly halved, forcing it to close many of its regional offices. The General Coordination Unit of Uncontacted Indians now reportedly only has less than £600,000 to spend protecting 103 tribes of uncontacted indigenous people throughout Brazil, as well as many recently-contacted groups (The Guardian).

Because of these budget cuts, five of the 19 existing bases used to monitor uncontacted tribes and prevent invasions were closed down. Three of these five closed-down bases were in the Javari Valley (The Washington Post). The shutdown of these bases and the slashed budgets for indigenous and environmental protection agencies under Temer is likely to make it much easier for groups of illegal workers and garimpeiros to invade the territories and harm these vulnerable people and the resources that they depend on.

Officials from FUNAI have claimed that due to these budget cuts and policy changes by President Temer, investigating and punishing the crimes against protected territories and people from illegal miners is increasingly challenging. “We do not have the capacity to stop something like this…It’s very difficult,” said Leila Sotto-Maior, coordinator for the unit for isolated and recently contacted Indians at FUNAI (The Guardian).