Deportation: Policies and Actions under Obama 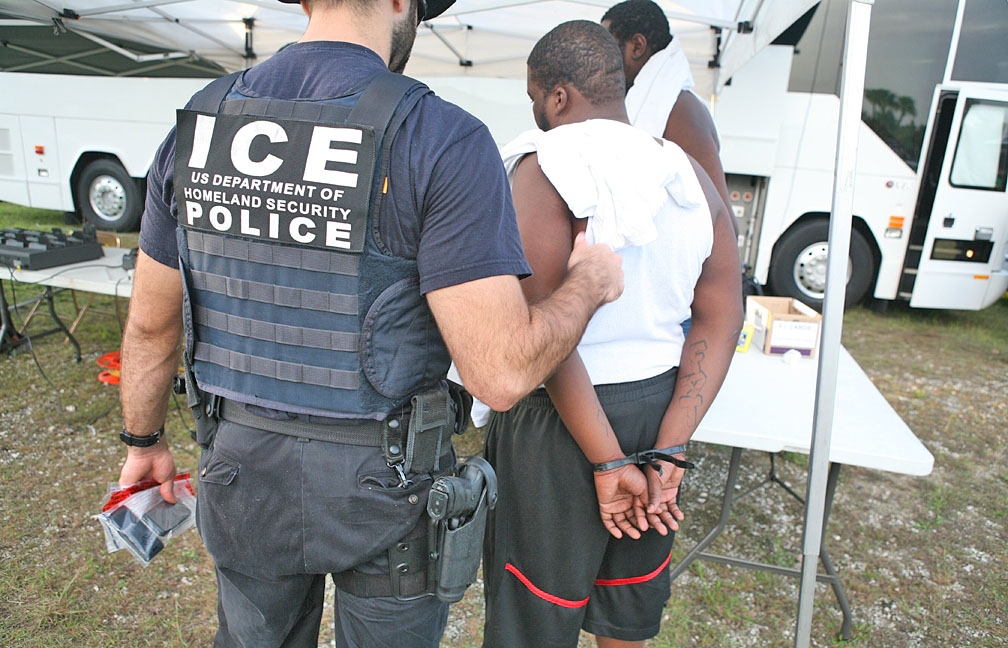 Barack Obama has done much during his last term to aid immigrants to the United States. His single-handed implementation of DACA in 2012 (Deferred Action for Children Arrivals) and his attempts to expand DACA and introduce DAPA (Deferred Action for Parents of Americans) in 2015 have been praised by pro-immigrant groups. At the same time, the number of deportations has steadily increased during his time in the White House, reaching over 2.4 million between 2009 and 2014 (Wagner, 2016). What is going on?

First, it is necessary to define what deportation is and is not. According to the U.S. government, deportation is “the act and process of formally removing foreign nationals from one country and returning them to their country of origin”(US Government, 2016). Thus, undocumented immigrants living in the country can be deported, but non-citizens legally living in the country (possess green cards) can be deported for committing minor criminal offences such as drug possession and petty larceny (Jácome, 2015). Is there an extensive history of deportation in the United States?

Until recently, no. From 1892, when deportations started being recorded by the Department of Homeland Security, to 1995, an average of 18,296 persons were deported every year (DHS, 2013). In 1996, the number was about 70,000, and in 1997, over 114,000. Since then, the number has steadily climbed each year, now averaging around 300,000 between 2000 and 2013. This is in light of the fact that those who try to cross illegally into the country and are apprehended at the border and sent back are not included in the numbers reported by the ICE (Immigration and Customs Enforcement, the agency in charge of deportation), magnifying the large increase in deportations. The cause of this increase was legislation.

In 1996, Congress passed the Illegal Immigration Reform & Immigrant Responsibility Act (IIRIRA), which made some important changes to immigration policies in response to a high volume of illegal border crossings. The law reclassified several misdemeanors as “aggravated felonies” if they were committed by an illegal immigrant, lowering the legal barriers to deportation. Thus, actions such as failing to appear in court or possessing fake papers were grounds for immediate deportation. The act also removed time limits on these offenses, so now crimes that an individual committed as a teenager in 1978 can be grounds for deportation in 2016 (The Economist, 2014). With greater facility in deporting undocumented residents and an enormous effect of the 9/11 attacks on U.S. domestic security measures, deportations are numerous.

So in looking at Obama’s two terms as president, a lot of the increase in deportations has little to do with his administration, but with the circumstances of the country’s immigration system. Other exogenous factors, such as a spike in drug violence in Mexico in 2006 and the Child Immigrant Crisis from Central America in 2014 have increased the flow of migrants. In addition, expulsions of people who are settled and working in the United States have fallen steadily since his first year in office, and are down more than 40% since 2009 (Bennett, 2014).

Still, that is not to say that the president has not had a role in the increase in deportations relative to the numbers of the early 2000s. With an estimated 11.7 million undocumented immigrants in the country, attempting to deport all of these people is unfeasible. Instead, the Obama administration has emphasized the deportation of recent undocumented immigrants near the Border to discourage further illegal crossings. Congress also approved a $600-million infusion to add border agents and new surveillance technology in 2010, and there are now more than 21,000 Border Patrol agents on the border, twice the number of a decade ago (Bennett, 2014).

In summary, deportation is a complex and difficult issue. Due to changing factors outside and within the United States, deportations have risen dramatically, even as President Obama has sought to decrease them and at the same time maintain tighter borders. And with Mexicans and Central Americans making up 71 percent of the undocumented immigrants living in the U.S., Latin America plays an integral role in this issue. With a new administration starting in a few months that has promised greater security on the border, changes may happen quickly.