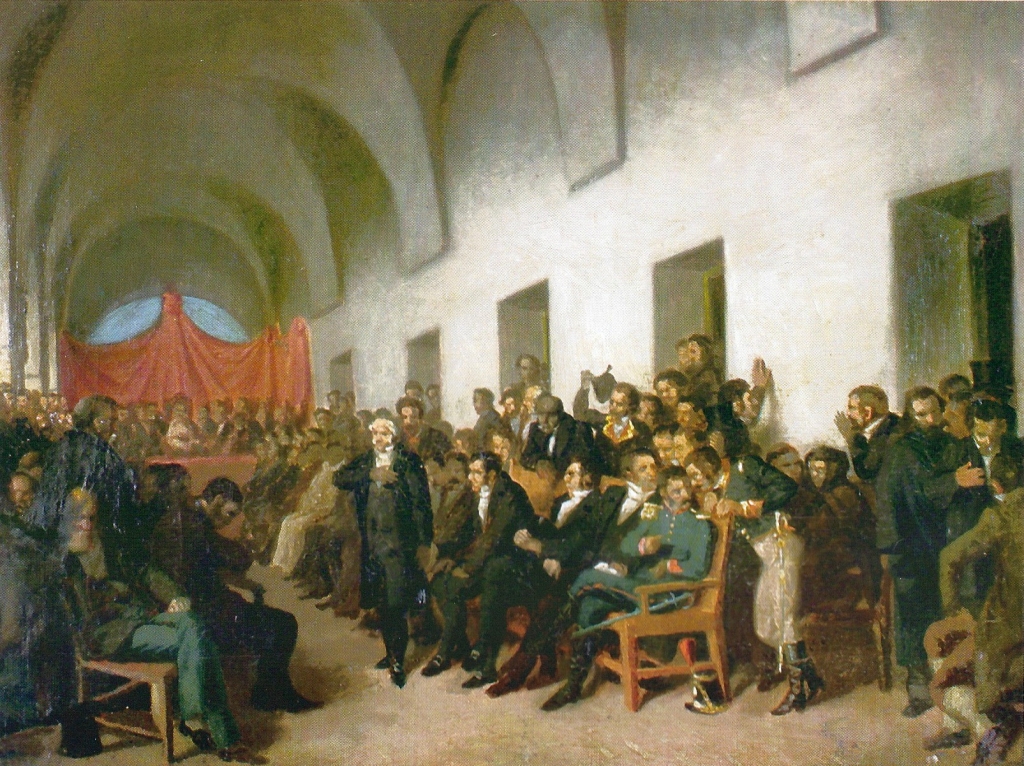 The history of the May Revolution began on the other side of the Atlantic Ocean in 1808 when the French Army, led by Napoleon Bonaparte, had begun to make its way eastward across the Iberian Peninsula. After conquering Portugal, Napoleon and his forces invaded Spain, which caused King Charles IV to abdicate the throne to his son, Ferdinand VII, who was subsequently taken as a prisoner of France until 1814. In his stead, Napoleon placed his brother, Joseph, on the Spanish throne.1

News of the Spanish invasion was kept a secret for two years, as the kingdom did not want the American colonies catching wind that Spain had been overthrown. Unfortunately, when a British frigate arrived in Montevideo on May 18, 1810, rumors that the French had invaded and taken over Spain had been circulating through the colonies for some time, and were then confirmed. This news served as a catalyst for what would become the first step in Argentina’s acquisition of independence from Spain.2

Under Spanish rule, the land that included Argentina, Bolivia, Paraguay, and Uruguay were all part of the Viceroyalty known as Río de la Plata. However, after news of the French conquest of Spain reached the Americas, the citizens of Buenos Aires believed that the viceroy, Baltasar Hidalgo de Cisneros, was no longer eligible for the position, as the government that had appointed him was not the same government that was currently in power. On May 25, 1810, the Primera Junta was established as the official government, with Cornelio Saavedra as its president.2

One hundred years later, in commemoration of the weeklong revolution, Argentina had organized a soccer tournament which was to include Brazil, Chile, and Uruguay. However, before the tournament had begun, Brazil had removed itself from the competition, leaving the international tournament with just three competitors. Nevertheless, Argentina continued to host the games in Buenos Aires, and kicked off the first international tournament in South America that included more than two teams.3

The Argentines were unstoppable as they trounced the Chileans and Uruguayans by a score of 5 to 1. The final game between Argentina and Uruguay served as a championship match, as the Uruguayans had shut out Chile with a score of 3 to 0. With the three Brown Brothers of Argentina, however, Argentina rolled over their competitor with relative ease, outscoring the Uruguayans 4 to 1, in front of 8,000 spectators.3

While the Copa Centenario Revolución de Mayo was technically not the first Copa América tournament, it served as the precursor for the foundation of the South American Soccer Federation, known as CONMEBOL, which was able to inaugurate the tournament just six years later to celebrate the centenary of Argentina’s independence.

1.      “Argentina: The May Revolution.” About Education. Latin American History. 2016. Web. Available at: http://latinamericanhistory.about.com/od/latinamericaindependence/a/independence.htm

3.      Tsang, Amie. “Bicentenary: The May Revolution.” The Argentina Independent. 24 May. 2010. Web. Available at: http://www.argentinaindependent.com/life-style/society-life-style/bicentenary-the-may-revolution/