50th CLAS Gala Receives Recognition of its Accomplishments in the Press 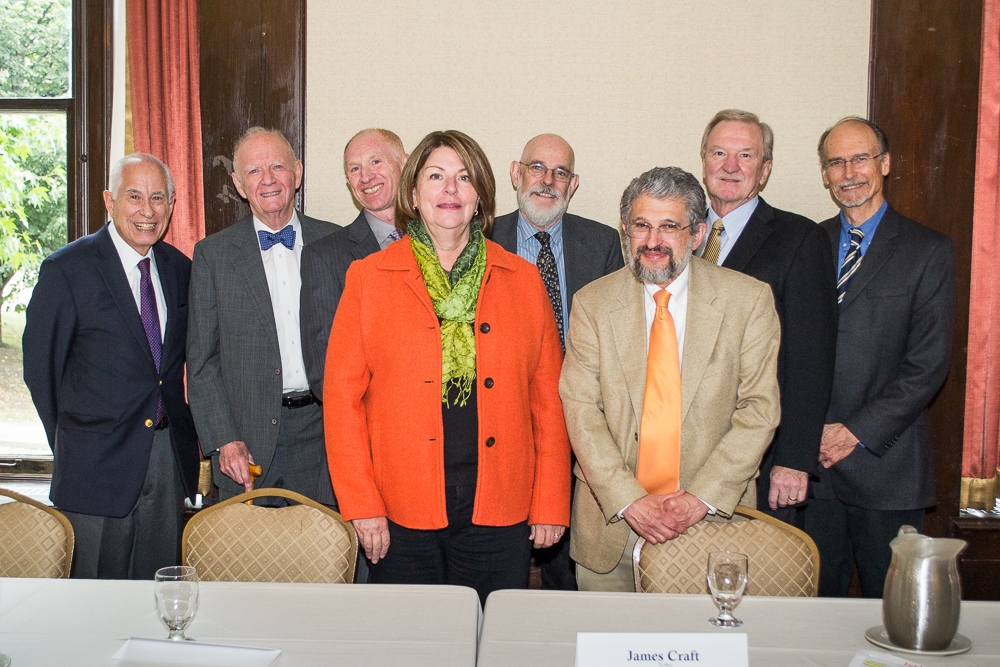 The gala that celebrated the 50th anniversary of the Center for Latin American Studies (CLAS) on September 12 was featured in the Pittsburgh Post-Gazette in the Sunday edition of the newspaper. Over 150 people were in attendance, including every former director of the Center (as shown in the picture above).

The article written by Diana Nelson Jones introduces the history of CLAS and traces its successes to the present day. Established in 1964 the Center for Latin American Studies was founded “with the goal of internationalizing the University,” said Director Scott Morgenstern. This feat has been accomplished, as today there are more than 2,000 alumni and 120 faculty members in 17 departments. In addition, CLAS is a U.S. Department of Education National Resource Center, a coveted title that it shares with only 22 other institutions in the country.1

The piece in the Pittsburgh Post-Gazette also sheds light on one of the less talked about but awe inspiring features of CLAS, the Latin American collection located in the Hillman Library. Created by librarian Eduardo Lozano, the library now holds approximately 500,000 volumes and is home to texts of all Latin American countries. Former director Kathleen Musante deems that “the library is one of the largest and best in some areas.”1

Today CLAS provides a multitude of opportunities for students at undergraduate and graduate levels along with faculty members. In addition to its certificate programs, the Center also holds academic conferences, roundtable discussions and invites speakers on all Latin American issues. Since 1972 undergraduates have taken advantage of the annual field trip in which they can study and carry out an independent research project in a Latin American country. This program allows undergraduate students to publish and become active in the academic field early in their academic careers. The Center for Latin American Studies has proposed a degree program that is currently being reviewed.

In addition to its academic research, CLAS has become an important part of the Latino community in the greater Pittsburgh area. CLAS works closely with local K-12 schools, universities and the general public to provide information on Latin American issues, opportunities for students and professional development workshops. Recently CLAS sponsored a roundtable discussion on immigration issues with a focus on immigration in Pittsburgh, and plans to continue bringing Latino issues to the forefront in Pittsburgh.