Research and The Massacre at El Mozote: How the U.S. justified its support for the Salvadoran Military 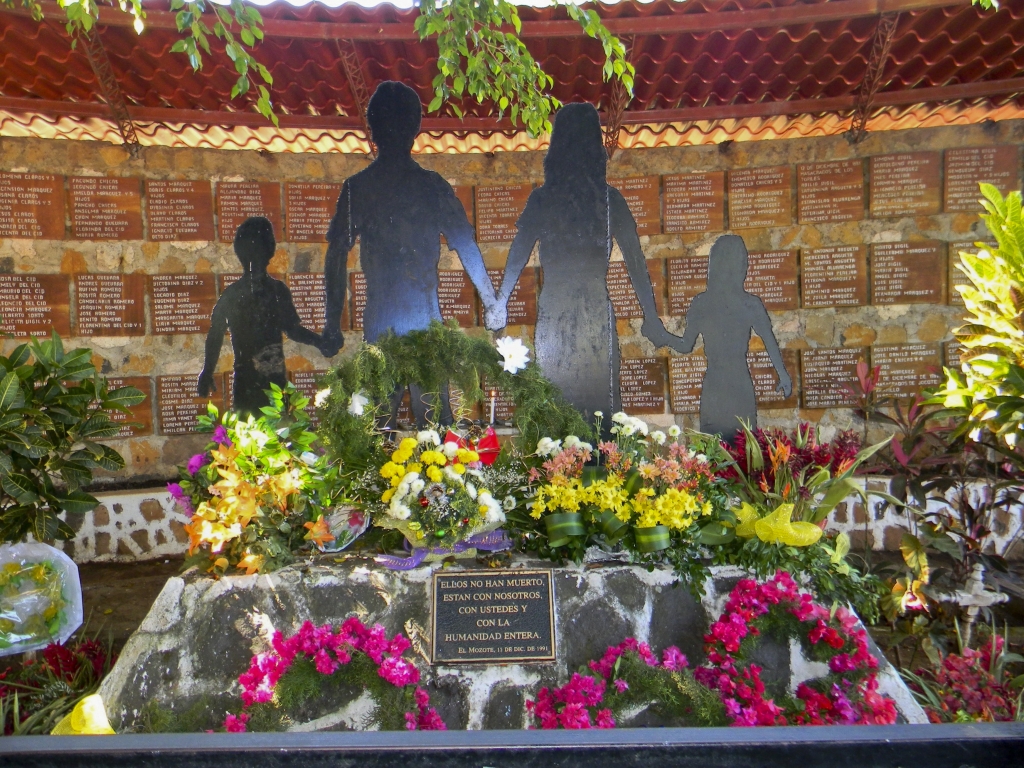 There is no justification to murder civilians in any circumstance. However, perhaps just as heinous a crime is to support any individual or organization who commits these murders or look the other way when they are committed. This is what the United States did under the Raegan Administration in the 1981 massacre at El Mozote. In Mark Danner’s collection of accounts and analysis of this massacre in his book titled The Massacre at El Mozote, he discusses the way in which the U.S let its fear of communism rationalize its action of strategically overlooking the horror that was invoked upon El Mozote. The U.S. played a tremendous role in allowing these tragic human rights violations to happen through monetary and weapons provisions, the U.S. training of Salvadoran military members, and the ignorance and discrediting of research.

Following the successful left-wing Sandinista movement in Nicaragua, the U.S. fought actively to achieve its goal of preventing communism regimes. When left-wing guerilla groups formed the Farabundo Marti National Liberation Front (FMLN) in El Salvador, the U.S. helped to fund the Salvadoran military, provide arms for soldiers, and train Salvadoran troops. Members of the Atlacatl Battalion were trained by U.S. Special Forces (38) and the battalion was assigned at least 10 American advisors (119). The U.S. was practiced at supporting regimes sympathetic to U.S. goals, though arguably without success (e.g. 1954 CIA intervention in Guatemala, 1961 Bay of Pigs Invasion). Therefore, the U.S. should have been aware of the potential catastrophes of under-arming, under-training, or under-funding a movement.

The American training was not as “elite” as the press reported. In fact, one of the Special Forces trainers explained that members of the Atlacatl Battalion “‘had no specialized training’” (49). Without debating the ethics of U.S. support for foreign militaries, failing to properly train or support a military division had previously resulted in severe consequences. The under-trained Salvadoran soldiers were responsible for the massacre of 800 civilians at El Mozote. Consequently, the U.S. was also responsible due to its failure to sufficiently train the battalion, and for the funding and arms provided to the Salvadoran soldiers. In the aftermath of El Mozote, Danner, a notable scholar on Latin American politics and foreign affairs and author of The Massacre at El Mozote emphasized the importance of facts, and how overlooking and discounting research led the U.S. to continue allowing the Salvadoran regime to kill more innocent people.

In recent years, the veracity of facts, a phrase that would once have seemed redundant, has become controversial. It was not much different in 1981 El Salvador. The U.S. Administration dismissed research due to a lack of concrete evidence, resulting in the continued ignorance of the reality of the Salvadoran regime. Salvadoran radio station Venceremos which, though based on facts, was dismissed by the U.S. Government as nothing more than propaganda (87). William L. Wipfler, director of the human-rights office of the National Council of Churches in New York was one of the first people to research the massacre. Wipfler reached out to the U.S. Ambassador Deane Hinton, Amnesty International and other human rights organizations (86).

Wipfler brought the incident at El Mozote to the attention of Raymond Bonner. Bonner, along with Washington Post journalist Alma Guillermoprieto, travelled to Guatemala to begin their own research on the massacre. Their research, though lacking official numbers and statements, had concrete evidence of the Atlacatl Battalion’s actions in El Mozote. When being published, however, their research faced harsh scrutiny. Bonner’s superior, A. M. Rosenthal considered Bonner’s research to show “left-wing sympathies” and was heavily edited (139). The Wall Street Journal even published an editorial titled “The Media’s War” discussing the confused perceptions of the public due to the manner in which the Press covered the war (133).

Researcher Todd Greentree struggled to conduct interviews because of a strong military presence and found survivors to be vague in their accounts. Greentree was selective in the information he reported back to Washington because like Bonner and Guillermoprieto, he was unable to find explicit data. Regardless, the reporters agreed that something horrific had undeniably occurred (107). Greentree used ambiguity and gave the military the benefit of the doubt. He also felt pressure to conform to Ambassador Hinton’s research standards (115). All of these factors abated Greentree’s credibility, but Greentree was not the only source of research the U.S. government had available. Rather, they overlooked the research conducted.

Danner explains that there is a high probability that there were Americans stationed at Osicala in El Salvador (94), and it’s important to remember that the U.S. had 10 advisors in the Atlacatl Battalion. This begs the question: Why did the U.S. Government not recognize the human rights violations in El Salvador immediately? There is one phrase that occurs throughout Danner’s research, which is “No evidence”. This is the U.S.’s justification to discredit the information that had been reported (111,113,127,131). The repeated discrediting of research and facts based on a lack of statistics or detailed personal accounts (save for those of a few survivors including Rufina Amaya), and heavily altered research all contributed to the U.S.’s failure to acknowledge the Salvadoran government’s actions. It was in the interest of the U.S. for the research to be false, as it would be detrimental to the U.S.’s reputation if true. In fact, White House Chief of Staff James Baker worked to steer Reagan's focus away from Central America (130). It wasn’t until more researchers became involved that the events in El Salvador were no longer deniable. Notable organizations and efforts involved in this research were: America's Watch, Amnesty International, Argentine Forensic Anthropology Team, Time Magazine, and the Truth commission (159).

The U.S.’s fear of communism led to the discrediting of research conducted, because the research “did not have evidence” based on this fear. Had the initial research been concrete, the U.S. would have had to acknowledge the events immediately. The U.S. is at fault for the massacre at El Mozote through their support of the Salvadoran military. However, even more deplorable is that the U.S. had evidence at its disposal yet discredited this research to protect U.S. interests.