Op-Ed: Using Hispanic Heritage Month as a Platform for Change 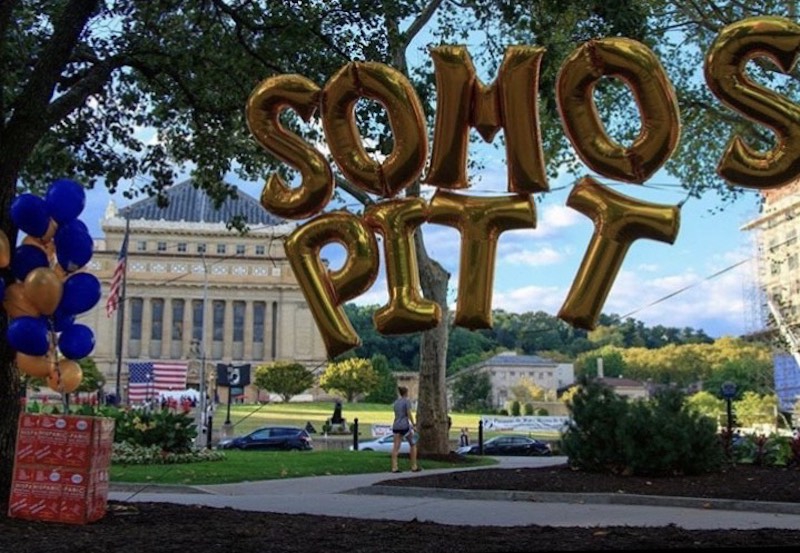 It is inspiring how such a small population at the University of Pittsburgh (Pitt) has established such a strong community across cohorts and hundreds of disciplines. Of almost 35,000 affiliates on main campus, self-identifying Hispanic/Latinos make up 5% (948) of undergraduates, 4% (269) of graduates, 3% (151) of faculty, and 2% (140) of staff (Fact-Book, 2020). Hispanic/Latinos made up “52% of all United States population growth” between 2010 to 2019 (Noe-Bustamante et al., 2020). This growth rate is not particularly reflected in Pittsburgh where Hispanic/Latinos remain at around 3.1% of the population (U.S. Census Bureau, 2019). Nevertheless, entities like the Center for Latin American Studies, since the ‘60s, have continued to prioritize Latin American students and education (Center for Latin American Studies, 2020). This foundation has allowed Latinx at Pitt to secure notable attention from admissions, Dean Bonner, and Chancellor Gallagher (A. Brown, personal communication, September 25th, 2020).

This September 15th  – October 15th of 2020, Pitt celebrates its third annual Hispanic Heritage Month (HHM) (woo-hoo)! Many of the events are run by the undergraduate Latinx Student Association (LSA), and HHM professional committee headed by Gina Garcia, a tenured associate professor in the School of Education. As past President and Executive-Board Member of LSA, I have experienced many heartwarming celebrations and helped develop events with multiple organizations throughout Pitt and Pittsburgh. I see this year’s observance promising a long-lasting recognition of the Latinx community, but with its current nomenclature and limiting objectives, HHM deters movements of solidarity. Latinx people, issues, and cultures are worthy of more than a month-long diversity, equity, and inclusion exposition. HHM should fully encompass all aspects of Latinidad; and Pitt should be progressing HHM as a tool for institutional change.

This September, Pitt Diversity hosted a panel titled “What Does It Mean To Be Hispanic/Latina/e/o/x In The United States?” complicating whether current terminology actually represents all Latinx. Hispanic is not an all-encompassing term. It represents only Spanish speaking descendants while completely erasing some of the largest members of the Latinx community–Brazilians, and speakers of Indigenous languages and dialects. So, should Hispanic Heritage Month be changed to “Latinx Heritage Month?” Northwestern University, University of Oregon, and Arizona State University among others have already made the change. But Latinx may not even be as inclusive of a term as it seems. ‘Hispanic’ and ‘Latinx’ are notions based on colonial categorizations especially used by the U.S. government to homogenize an area of the world (Fernandez-Morera, 2010). Belkys Torres, executive director of global engagement at the University Center for International Studies, discerned at the Pitt Diversity panel that Latinx do not view themselves as accurately falling under a pan-ethnic label such as Latinx. Many do not even recognize a shared common culture within the U.S., nor do they identify with a standardized race. Some may not have even questioned their racial/ethnic identity until they moved to the States. Latinx identity is contextual, self-asserted, and intersectional providing a unique challenge to the HHM agenda (Pitt Diversity, 2020).

To complicate ‘Latinx’ even further, some claim that the term erases Latinx who are Afro-descendant (Martinez, 2020). It is estimated that more than twenty times the number of Africans came to the Americas and Caribbean than to the United States. That is about 11 million to 450,000 (Gates, 2013). While African music, culture, food, language, religion, and ways of life became integral to Latin America societies, Afro-descendants remain underrepresented and struggle to escape racial and class inequities that colonial sociopolitical structures have imposed. (Andrews, 2016). Afro-Latinx immigrate to the U.S. for better economic and educational opportunities. However, upon arriving to the U.S., they are not only faced with cultural, ethnic, and language barriers, but dominated by racial ones (Poole, 2012). Of the 57 million Latinx in the U.S., around a fourth identify as Afro-Latino (Lopez & Gonzalez-Barrera, 2016). The name “Hispanic Heritage Month” does not acknowledge the racial boundaries its own terminology puts forth, nor does it attempt to center the Afro-Latinx population. Whether or not the name for HHM changes, Pitt should focus on better accommodating minoritized students, faculty, and staff at Pitt.

The U.S. educational system as a whole should improve educational experiences for vulnerable populations. Typical issues that Black, Latinx, and Indigenous groups may face can be greatly exacerbated by the systems that institutions, like the University of Pittsburgh, uphold (Garcia, 2019). This is because universities are founded on racist ideals as MIT history professor Craig Steven Wilder, culminates in his book “Ebony and Ivy: Race, Slavery, and the Troubled History of America’s Universities.” Wilder draws on his diverse experiences as a historian, author, documentarian, and community organizer to expose how educational institutions have supported the enslavement of Black and Indigenous peoples, as well as segregation since the period of slavery (Wilder, 2013). Segregation and unjust inaccessibility to education are maintained in university systems to this day by measurements of success such as SAT and ACT scores, admissions selectivity, standards for graduation rates, persistence rates–also known as the opportunity gap (Garcia, 2019). Many Black, Latinx, and Indigenous people are less likely to go to college because of wealth gaps, and lacking understandings of the higher education system (Fonseca, 2020).

But, if a university focuses on, say, becoming an HSI, would that limit opportunities for other minorities such as Black or Asian students? Garcia highlights that some push-back comes from administrators who think that implementing racially and ethnically conscious policies is exclusionary. If universities direct resources to specific groups of people, does that not mean we limit resources for other students? This argument is similar to that of the Black Lives Matter and All Lives Matter dispute. If a house is on fire, and someone says, ‘all houses matter,’ putting out the fire does not negate the fact that other houses are important, it provides a service where it is currently needed most (Candelario, 2020). Expanding opportunities for minoritized groups does not mean completely redirect resources to them, but instead adds to the total services a university provides (Garcia, 2019). In other words, establish equity.

Garcia pointed out during the Pitt Diversity panel that the university must do more than “celebrate us, recognize us, and find false ways to categorize us.” But what would this look like? Let us take a look at a local example that aligns well with Garcia’s framework. Last June, Pitt Black Senate submitted to the university a list of demands outlining tangible actions for Pitt to become more inclusive to Black students. Many of their demands were acknowledged and some are already underway this fall (the university’s official response can be found on the Pitt Student Affairs website). Black Senate asked the university to create a “People’s Voice Committee and to provide more financial support to Black organization’s agendas. Under the section “curriculum,” the Senate demands that classes incorporate lessons on Black history, racism, and white privilege into their lessons. Faculty and staff should be adamantly trained on racism and discrimination. Black Senate also calls for better adapted mental health services, an increase in physical space available to student organizations, targeted admissions, and an increase in financial aid packages offered to Black students. Finally, the Senate demands that university police punish racist/discriminatory police officers, obtain more sensitivity training, and give students the right to request less police presence (The Black Student Leaders, 2020). Pitt’s own Black Senate provides an example for what a restructured university could look like. The full list of demands can be found on @PittBAS linktr.ee online.

So, what does HHM have to do with institutional change? While Latinx are growing in numbers in the U.S., (and hopefully at Pitt), HHM becomes more popular. Because of its popularity, has the potential to become a platform for celebrating, recognizing, and advocating for diverse issues in the Latinx community. Rather than just shine a spotlight on Latinx achievements, universities can and should use the month as a tool. As an entire month dedicated to everything Latinx, why not use this time to say, initiate the construction of intersectional resource centers, or, restructure application requirements, or, revise financial aid procedures, or. . .you name it. If university boards truly want to show their dedication to the student body as a whole, then they should commit to transparent plans for change as they are made aware of deficits in their students’ college experiences. Universities and Latinx people can use HHM to initiate action promoting inclusivity within the community, in essence, evolving HHM from a mere showcase to an educational and resourceful platform. Latinx people exist beyond the month of September 15th – October 15th. This shift is imperative to promoting intersectional conversations relevant to our community year-round.

Stephanie Jiménez is a first-generation Mexican-American raised in Pittsburgh, PA. At the University of Pittsburgh, Stephanie is pursuing a BS in environmental science and a BA in global and popular music as well as certificates in Latin American studies, geographical information systems, and sustainability. Drawing on their cultural background and interdisciplinary focus, Stephanie looks forward to exploring the intersections between environmentalism, science, culture, music, and politics while writing as an intern for Panoramas. After graduation, Stephanie hopes to pursue a higher degree in agroforestry and/or ecomusicology.