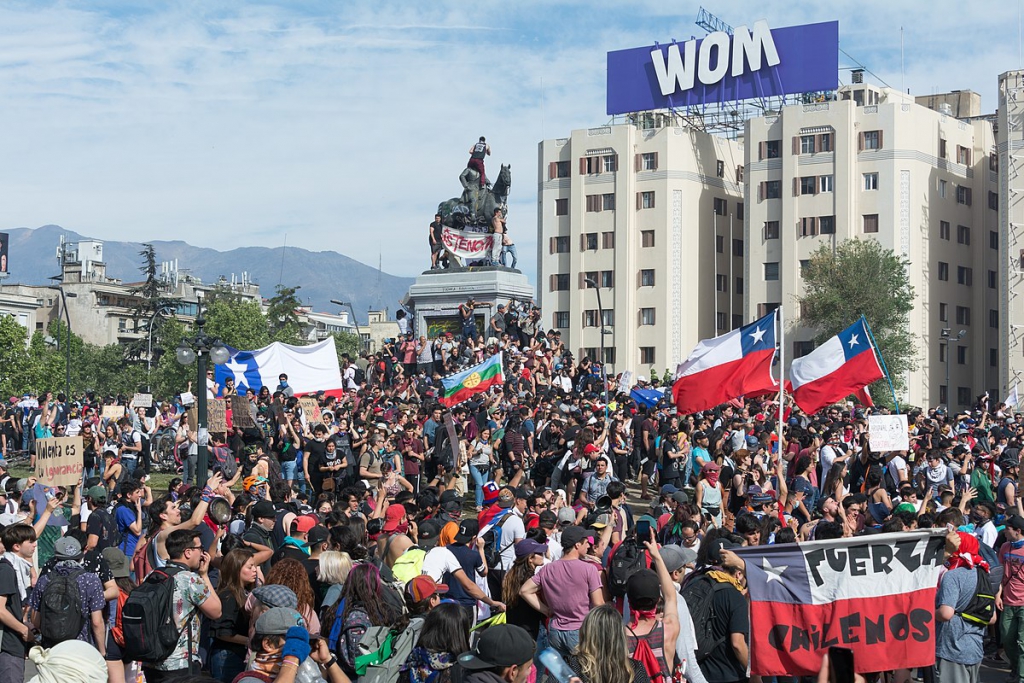 I will try to explain, going from the simplest to the more complex reasons that have been uttered by different social groups. The former is definitely the government’s and mainstream media vision: those deaths are the result of criminal and vandal groups, who, taking advantage of social chaos, seek to destroy and steal as much as possible. Social “misfits” who need to be repressed without question. Two things need to be said regarding that point. First, these groups consist of an overwhelming minority if we compare them to the large numbers that are today protesting peacefully in Chile. Secondly, even acknowledging this pillage, we must ask ourselves why is it happening in a supposedly perfect place. This only requires a quick look at our recent history. The people of Chile, from both left and right-wing governments, have been repeatedly taught the belief that to have is to be. As Tomás Moulian has stated in the past, the hegemonic discourse of the last 30 years has put consumerism and pleasure-seeking as the core of its system of values: in other words, the more you acquire, the happier you are (or must be). This belief was spread by the mainstream media, who promoted Chile (both internally and externally) as a neoliberal miracle wonderland and kept telling its people that things were going great. Of course, this was half of the truth: while official numbers kept repeating that the country’s economic impulse was thriving, only one-fifth of the country could (and can) afford the cost of living[1]. On that same note, 80% of Chilean households’ earnings are below the national average. To say it in simple words, the richer kept getting richer, and poor remained poor: while the economic bonanza translated into some raise in most of Chilean’s salaries, the cost of living kept increasing and left –paradoxically- most of the population in poverty conditions. So, going back to the question as to why some people pillage: well, it is because they are consuming what was promised, what they saw every day on the TV, what they kept but was continually denied. A desperate attempt to make the fantasy –now broken- come true. Consume at all costs.

Now, the fact that we have seventeen dead due to “pillage control” (something in itself dubious) and some sectors justify this as a necessary loss should make us question the priorities of the police’s objectives. In other words, is human life equivalent to the well-being of a supermarket? Is it worth killing over it? Is destroying or setting fire to a traffic sign justification enough to be humiliated, tortured, or even killed? Again, most conservative people would excuse this by saying that these things cannot be avoided in a state of emergency and are a necessary “evil” to return to the social order. But that’s the point, isn’t it? How did we arrive at this state of emergency in the first place? Was militarization necessary to respond to a student protest over a subway fare? The government reaction –if you can call it one-, besides ignoring the people’s demands ultimately, did what it does best: to repress, and things escalated from there. The provocation was the last straw: suddenly, it was not anymore about the subway fare’s increase, but about the miserable pensions that force old people to keep working until they die; about the deficient (to say the least) public health system, where long waiting lists are common, and resources are scarce; about our sad public education, left to the ups and downs of the market; and a long etcétera, which would take most of this short article to enumerate. Those are the reasons why Chile is out on the streets: not pillage, not vandalism, but because, even without political leaders or parties telling them what they should demand, the people know something’s wrong: they experience it every day, they suffer it every day. Those are the reasons, too, why they are being repressed: thanks to social media, dozens –if not hundreds- of videos are shared where police brutally towards pacific crowds are evident –the result of a police and military force who still think that brutal repression (like it was understood in dictatorship times) is acceptable.

In sum, Chileans live in inequality, profound inequality, and that is the cause of why they are now protesting in the streets. They do no longer believe any of the hegemonic discourse that emanates from the government since there is a profound skepticism of the fact that the same system and politicians are going to solve magically 30 years of discontent and injustice doing what they have always done. Because in Chile not only, sadly, people have died, but an idea as well: the idea of a market society where socials services work for the benefit of the majority. There is no going back: the mirage has disappeared; the illusion is broken. Whatever solution comes from the government –which I genuinely hope is satisfactory in a minimal sense regarding the people’s demands, although I am probably naïve- won’t do much more but to embellish that is evident: the collapse of an imaginary neoliberal oasis.

Where to go now, then? First, the obvious: to demilitarize the country immediately and hope that the government can mitigate somehow the social demands with just social reforms (something that, unfortunately, it is close to the utopia). Second, the most difficult: after the anguish, after the euphoria, after the rage, start thinking a new Chile, one where all its agents –especially the ones that were marginalized – have equal agency of its functioning. If this devolves unto a new constitution, or well into a new political party, time will tell. For now, the people must resist blind repression, survive fire with “cacerolazos.” To those who are in the street, protesting rightfully and peacefully, or even at their houses, sharing information and supporting from their big or small platform: take care, my heart is with you. 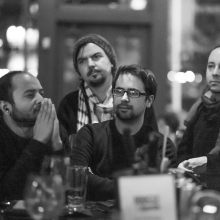 Pedro P Salas Camus
Pedro is a professor of Literature and Spanish. Currently, he is working as an instructor at Slippery Rock University.