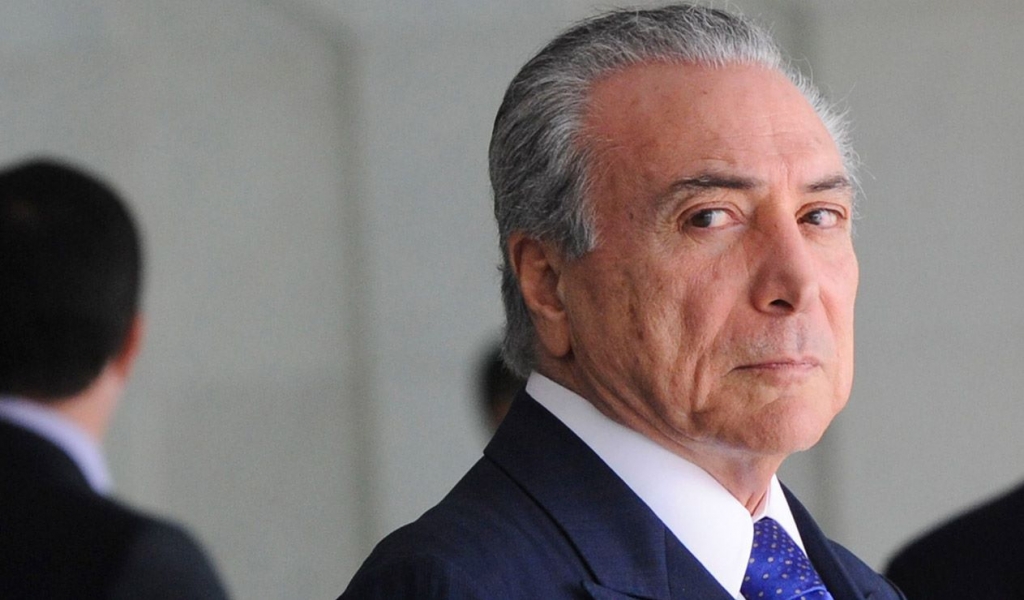 The President of Brazil, Michel Temer, once again faces the possibility of trial for corruption charges and even possibly impeachment for the second time since he came into office in August of 2016. The President, now facing charges of obstruction of justice and racketeering, is the third president in a row in Brazil whose reputation has been overridden by corruption scandal, following the recently impeached Dilma Rousseff and her predecessor, recently sentenced Luis Inácio “Lula” da Silva.

The charges of obstruction of justice and racketeering were ordered in the final days of General Prosecutor Rodrigo Janot’s term, which just expired on September 18. During the last few weeks of his 4-year term, Janot not only filed these charges against the sitting president, but also filed charges of running a criminal organization against several senior figures of Brazil’s Worker’s Party, including former presidents Rousseff and da Silva. These charges against the Worker’s Party, along with those against sitting president Michel Temer, appear part of Janot’s aggressive crackdown on the entire political establishment that has led the country since Lula took office in 2003 (The Guardian 2017).

Janot’s seat has since been replaced by Raquel Dodge; it is unclear whether or not she will continue the judiciary’s recent crackdown on the country’s political corruption left from the explosive charges left behind by her predecessor (New York Times 2017).

These charges against Temer, Rousseff, and Lula come as Lula faces yet another trial (his sixth) for charges related to the historic 'Operation Car Wash' (‘Operação Lava Jato’) scandal that came to light in 2014. The former president has been sentenced to ten years in prison, although he is currently free pending appeal.

If the current guilty verdict is not upheld, Lula has announced that he would like to run for reelection in 2018.

The Operation Car Wash scandal is the biggest corruption scandal in Brazil’s history and, as some experts have argued, the biggest in world history. This criminal operation involved a complex money laundering scheme tied to the state-owned oil company Petrobras, and led to the investigations of hundreds of current and former politicians (including Lula), and the impeachment of Dilma Rousseff. The operation involved the illegal handling of over $5 billion (The Guardian 2017).

The charges filed by Rodrigo Janot against Michel Temer, who succeeded the presidency when Rousseff was impeached in 2016, come as more and more of Operation Car Wash slowly comes unraveled. In June, Temer first faced criminal charges for allegedly accepting $152,000 in bribes (New York Times 2017). However, the lower house of Congress voted against pursuing these charges further in a trial.

These new charges come as further evidence has emerged that Temer accepted bribes and offered to buy the silence of a witness. As part of a plea bargain, the owners of Brazilian meatpacking corporation JBS, Wesley and Joesley Batista, offered incriminating audio recordings to investigators. These audio recordings appear to show Temer discussing the payment of hush money to a witness (The Globe and Mail 2017).

Now-retired General Prosecutor Rodrigo Janot said in a statement that, in addition to these recordings, prosecutors have evidence that Temer and a few other members of the Brazilian Democratic Movement Party (PMBD) have collected around $190 million in bribes (The Guardian 2017). Accusations of leading a criminal organization have been made, and charges of racketeering have been filed against 6 members of PMBD, 3 of whom are already in prison for other crimes.

The President has denied all charges, claiming that they are rooted in Janot’s own political motivations.

On Tuesday, September 26, 2017, Brazil’s lower branch of Congress began the proceedings for the vote on whether or not to take Temer to trial. The charges of racketeering and obstruction of justice must be debated and voted on by the lower house’s Justice Committee, a process that could take weeks.

In order for these accusations to go to an actual trial, the lower house of Congress must vote in a 2/3 majority to do so (342 out of 513 deputies) (TeleSur TV 2017). However, the last time that charges were made against Temer, an overwhelming majority of the lower house voted against it. Analysts and experts predict that a similar scenario will again take place this time, given Temer’s reasonably high level of support in Brazil’s lower house of Congress.

Meanwhile, a recent poll by the National Industry Confederation has shown that among Brazilian citizens, President Michel Temer has an average approval rating of only 3%. This rating makes him the most unpopular president in the history of Brazil (VOA News 2017).

In the following weeks, Congress’s decision regarding these criminal charges will be revealed. Until then, it is in the hands of Brazil’s Chamber of Deputies to determine the next step in the fight against—or, the consent to—corruption in Brazil’s government.

Watts, J. (2017, June 1). “Operation Car Wash: Is this the biggest corruption scandal in history?” The Guardian. Accessed 26 September 2017, from https://www.theguardian.com/world/2017/jun/01/brazil-operation-car-wash-is-this-the-biggest-corruption-scandal-in-history