Will Salvadoran Presidential Elect Break the Traditional Two-Party System, or will his Presidency Continue More of the Same? 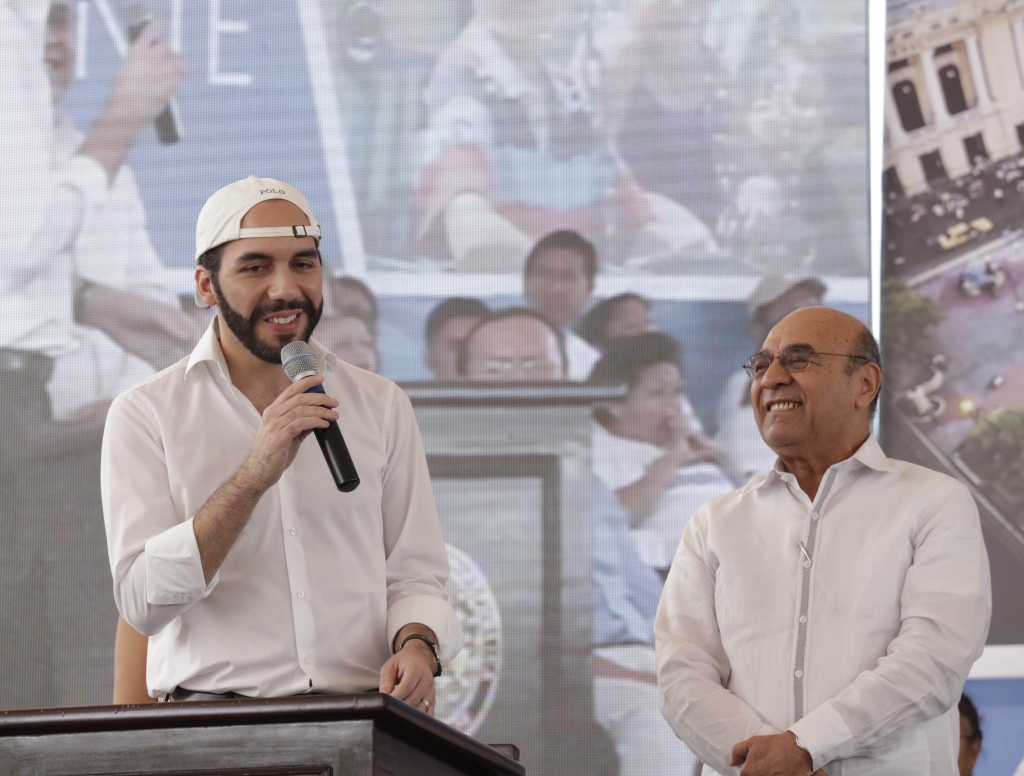 Since the end of the 12 year Salvadoran Civil War between the Salvadoran military government and the left-wing Farabundo Martí National Liberation Front (FMLN) in 1992, El Salvador has been locked in a two party system. The two controlling parties,  FMLN and conservative Nationalist Republican Alliance (ARENA), hold the majority of power in the Central American nation. On February 3rd, 2019, Salvadoran citizens gathered to elect a new President and Vice-President for the upcoming five year Presidential term. The results of the election brought an end to the dominant 2 party system as the center-right leaning Grand Alliance for National Unity’s (GANA) candidate, Nayib Bukele secured 54% of the vote and the position of Presidency. Bukele became famous during his time as the Mayor of El Salvador’s capital, San Salvador, with a massive social media following and as a strong leader for anti-corruption.

Bukele’s victory illustrates the frustration of the Salvadoran people with the FMLN and, given  ARENA and their efforts to combat the corruption and violence that has plagued the country for decades, it’s unsurprising that Salvadorans would put their trust in an outsider of the two parties to lead the nation. ARENA was founded by the far right learning Roberto D’Aubuisson. During the civil war, D’Aubuisson was accused of organizing death squads, the murder of several priests, and archbishop, and attorney general at the time, being referred to by foreign powers as “a pathological killer” (Severo, 1992). Though ARENA rebranded themselves as a conservative business-friendly party, they never disowned D’Aubuisson. The once coalition of leftist guerrilla groups who became to be known as FMLN has been the ruling party for a majority of the years following the Civil War, however, FMLN has been unable to bring an end or any relief to the street violence that has made El Salvador one of the most dangerous countries in Latin America and the world (Palumbo, 2019). It’s not only the party’s founders and origins that have had accusations of corruption and violence. A former ARENA President, Tony Saca, is currently serving a 10-year prison sentence for embezzlement and money laundering, and FMLN’s first President, Mauricio Funes, fled to Nicaragua in 2016 where he is being granted asylum after accusations of  embezzling $351 million (Palumbo, 2019). Roberto Cañas, a political scientist at José Simeón Cañas Central American University credits Bukele’s win not to his platform, but to the frustration of the Salvadoran people with ARENA and FMLN. Cañas believes that “It isn’t for his program, nor for his speeches… It is because [the Salvadoran people] are tired, angry, fed up with corruption, sick of broken promises — and what they see in him is that he does not represent all that” (Palumbo, 2019). Although ARENA, FMLN, and GANA have rather similar political proposals, Bukele has been able to set himself apart from his opponents due to his anti-corruption platform.

Although Bukele was formerly a member of FMLN, he ran for Presidency with GANA, which is an offshoot of ARENA. Despite his strong anti-corruption platform, he is currently under investigation for tax evasion (Gies, 2019). Bukele comes from a prominent business family, and has had several of his own business ventures as well. He reportedly owns Yamaha Motors El Salvador and is the President of the company Obermet S.A. de C.V. as well, the company involved in his tax evasion charges (Redacción DEM, 2018). In 2012, Bukele began his career in politics, getting elected as the mayor of the town  Nuevo Cuscatlán (Tribunal Supremo Electoral, 2012), and three years later, became mayor of El Salvador’s capital, San Salvador, running under FMLN (Sweigart, 2019). During his time as mayor, Bukele was applauded for his role as a millennial leader, and his ability to engage mass audiences through social media. His plan to eradicate gang violence in the city was notorious for such violence, and his revitalization of the city’s historic center lead to incredibly high approval ratings (Gies, 2019). In 2017, Bukele was expelled from FMLN in 2017 after a long history of disagreements and quarrels with leaders of the group. During his hearing, which he did not attend, Bukele was found guilty of “practices that generate internal division”, “practices that generate internal division”, “defamatory, libelous and insulting acts that damage the image and honor of a member or militant person”, and “"disrespected the human rights of women” as well as disregarding other general rules that violated the party’s principles and regulations (Arauz, 2017). Following his expulsion from FMLN, Bukele became involved with ARENA and ultimately GANA.

Through GANA, Bukele steamed through the elections promising to bring change to the corruption and violence that Salvadorans have suffered through for years. His victory in the elections highlights the rise of populism in El Salvador and the decline of a two party system, a system which has been falling apart across Latin America in the most recent decades. According to the Brookings Institution, El Salvador may have had the most stable two party system in Latin America since the 1980s, and Bukele’s election completely shattered the system’s stability (Call, 2019).

Many of the policies that Bukele plans to implement once his term begins have made Salvadorans eager for change. He plans to take internationally backed measures to combat corruption and has proposed that in order to do so he will “create a ‘compact and efficient’ government that uses ‘big data’ to solve problems” (Gies, 2019). Supporters of Bukele hope that he continues the patterns he illustrated as mayor of San Salvador during his Presidency, and believe that his top priorities should be“‘eradicating corruption’ and ‘being more inclusive of vulnerable communities’” (Gies, 2019). In terms of combating gang violence, Bukele believes that pushing infrastructure projects may make the streets of El Salvador safer (Renteria, 2019). Another issue that Bukele plans to address as President is El Salvador’s ties with China. Less than a year before the election, El Salvador’s administration cut ties with Taiwan. A member of Bukele’s team stated that Bukele plans to investigate the reasons the past administration was so determined to instantly join forces with China, and in terms of China-Taiwan relations, Bukele would like to proceed with what is best for El Salvador rather than what is best for a political party, denouncing the lack of information on the matter the past administration shared with the Salvadoran people (Renteria, 2019). The interactions between Bukele and China may be indicative of the stance he takes in other international affairs, many of which may greatly affect the nation.

In terms of both international affairs and domestic affairs, the President-elect will have his work cut out for him when he begins to serve his term on June first of this year. One of the major international challenges Bukele must face is the nation’s relations with the United States. U.S. President Trump has often threatened to cut aid to El Salvador if they do not do more to mitigate migration to the U.S. Bukele hopes that his plan to implement infrastructure projects will decrease violence and therefore curb migration North (Renteria, 2019). With regard to the challenge of taking a position on the crisis in Venezuela, a very polarizing issue for Latin American leaders, Bukele has been incredibly vocal in his support for Juan Guaido and against Nicolas Maduro, claiming that his administration “would not be willing to support a totalitarian government that represses its people and disrespects human rights” (Renteria, 2019). Domestically, the President-elect will have to find a way to lessen the violence that has rattled the small nation for years with one of the highest murder rates in the world. A problem faced by many Latin American nations, notably Brazil, Bukele has decided to take a much different approach than the strict military measures of Bolsonaro to combat this violence. “Bukele has eschewed hardline military and police measures to confront insecurity and violence, emphasizing instead private-sector approaches to address poverty, hopelessness, and lack of opportunities for youth” (Call, 2019).

Although Bukele gained more votes in the Presidential election than any of the other candidates combined, many skeptics are concerned about what his presidency may hold. Some believe that his “populism may bleed into authoritarian behavior” (Call, 2019), while many of his supporters believe that Bukele might bring change to a country crippled with violence for decades. With a significant amount of support from El Salvador’s youth, Bukele may bring some progressive changes to El Salvador, however, accusations and patterns from his past may prove Bukele to be the same as the leaders of the two-party system before him. His election came at a very polarized time in Latin American and International politics, and regardless of El Salvador’s small size, Bukele’s election will be hugely influential in the international community.