Will President Moïse break or continue the cycle of corruption in Haiti? 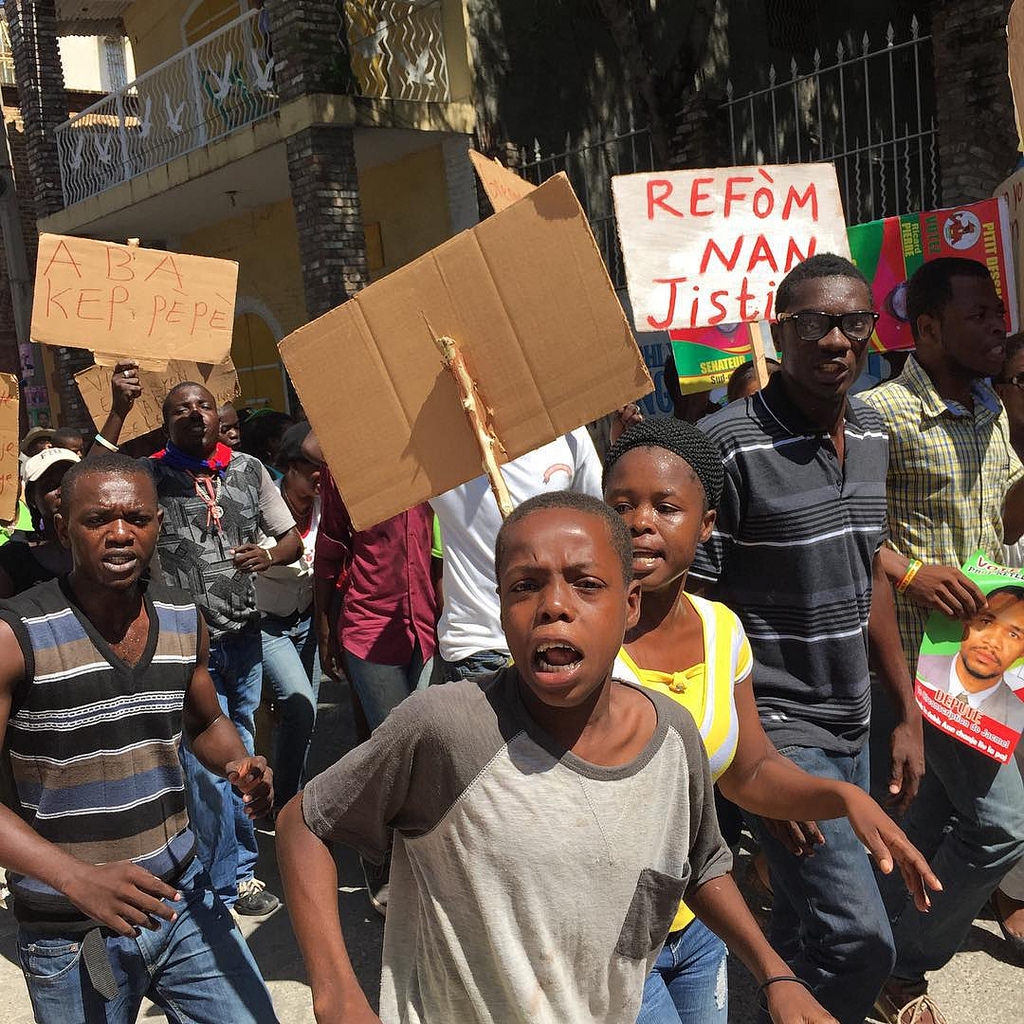 In 2016, Jovenel Moïse was elected as Haiti’s president by a voter turnout of 21.69% (Ives, 2016). The voting system is highly controversial because it has been described to suppress the votes of the lower class. Specifically, many Haitians were unable to vote because they were unable to acquire their National Identification Card that is needed to participate. In addition, many voting centers were unrealistically far away from where Haitians resided. However, it is also suggested that many Haitians removed themselves from the election because of the candidates or pessimism towards elections. Nonetheless, Jovenel Moïse won the presidency with 55.67% of the vote. President Moïse is a representative of the Haitian Tèt Kale Party, which aligns itself in a centre-right political position (Ives, 2016).

This election was reflected upon by many civilians as invalid due to the lack of participation. Regardless, Moïse remained the established president in Haiti. Moïse had earned his position in office by campaigning that he would improve the economy and tackle humanitarian crises that have challenged Haitians (Charles, 2016). However, in current politics, Moïse is in the spotlight for corruption and raging inflation. Their economy worsens each day as inflation continues to fluctuate at high levels. The last measured rate was of December 2018 when the average inflation rate was 15.01% (Trading Economics, 2019). This high inflation rate has further degenerated the economy by increasing unemployment and inequality in Haiti—levels that were already high. Thus, Haitians who have sunk deeper into poverty are resentful of Moïse’s inefficiency as president (Miami Herald Editorial Board, 2018).

In addition, Moïse has been blamed for not investigating the corruption case made against the previous presidential administration led by President Michel Martelly. The accusation is that the program PetroCaribe was mismanaged and that there was a misallocation of the funds Venezuela had loaned to Haiti. In 2017, Moïse described that he would be the solution to Haiti’s corruption problem. Now, many are doubtful of Moïse, and believe that he will add to the list of Haitian politicians who have insincerely advocated for anti-corruption measures (Ives, 2017).

Following these accusations of governmental mismanagement, Haitians took to the streets and protested for the removal of Moïse from office. Several protests have become violent, resulting in clashes with police. People are demanding for Moïse to increase transparency and to hold a proper investigation of this corruption allegation. The Venezuelan loan in question was $3.8 billion and was given for the purpose of infrastructure and socio-economic projects (Deutsche Welle, 2019). PetroCaribe is an oil alliance between Venezuela and Caribbean nations, which has been threatened by the recent economic and political instability in Venezuela. Several audits regarding the PetroCaribe funds have occurred and the results demonstrated that there is uncertainty regarding where the $3.8 billion of funds went. Thus, these audits reveal that there was a  mismanagement of the money (Lemaire et. al., 2018).

The protests have erupted throughout Haiti. Moïse has responded by ignoring demands for his resignation and promising to initiate new economic programs. In a statement he emphasized his commitment to the presidency, “I heard the voice of the people, I know the problems that torment them” (Semple, 2019). However, this was not enough for Haitians, as protests continue to call for an end to the  Moïse administration. Even Moïse’s fellow political leaders have expressed their concern over the “lack of leadership, the lack of comments, the lack of a plan to address the crisis” (Semple, 2019). Leading the force against Moïse are the opposing political parties. The opposition have influenced numerous leaders from the political class, as well as society to join their alliance. Even some of Moïse’s allies have switched to the opposition, as they have urged Moïse to take definitive action in addressing the struggling economy and these accusations of corruption. Thus far, Moïse has only be efficient in communicating possible plans for increasing economic efficiency and promoting anti-corruption reforms, rather than putting these proposals into action (Semple, 2019).

As a result of a controversial election, Moïse entered office on unstable grounds. In 2016, he needed to establish himself as an impactful leader. However, Moïse has become another president embodied by corruption investigations, as well as high levels of inflation, unemployment, and economic inequality. Therefore, middle and lower class Haitians are fueled with resentment for the Moïse administration. The most recent corruption investigation has left Moïse in a strained position. As protests worsen, Moïse will need to rapidly establish himself as a president who is not just a man with a mouth. Thus, Moïse must find a way to satisfy the demand for his promises to come to life.