Will the “coronation” of Venezuela’s dictator spell an early end for the regime? 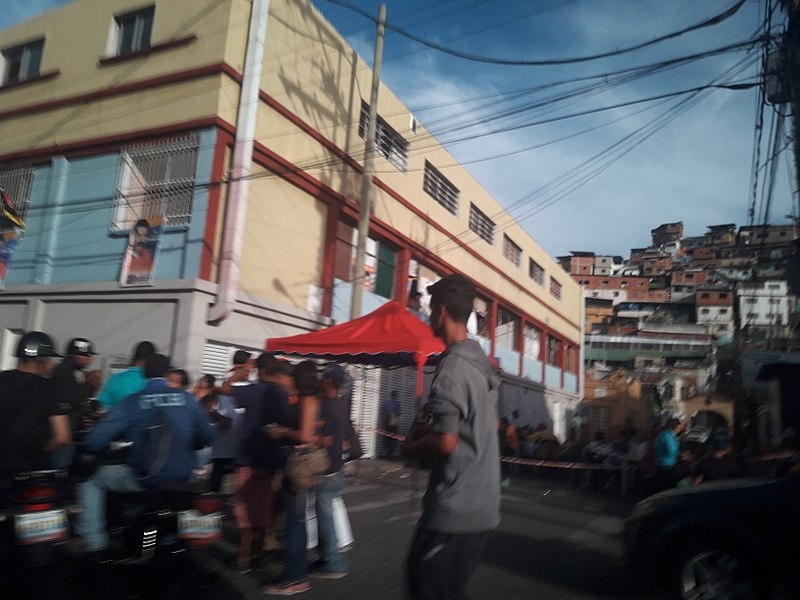 Maduro celebrated his victory very publicly, boasting his colossal lead and his plentiful votes; however, many were quick to reject his triumph as nothing more than the fixed result of an abhorrent abuse of power from the government seat that led many disenchanted Venezuelans to stay home from the polls.  In fact, despite claims from Maduro that his election was a historic decision from all Venezuelans to continue his party’s work, it was reported that only 46 percent of eligible voters turned out. A source from the electoral board, though, told reporters that this number was actually only about 32.3 percent (Cohen & Aponte 2018).  In the past two presidential elections, this figure totaled around 80 percent (Neuman & Casey).

The explanation for such a drastically low turnout rate comes in part from a ban initiated by The Democratic Unity Roundtable (MUD), which is a united opposition party alliance.  The group requested that voters forgo the polls, as it was largely suggested that the electoral system was rigged to back Maduro. Support for this decision came from around the world, with Venezuelans peacefully demonstrating in 70 cities internationally (DW 2018).

Before any votes were even cast, electoral authorities had banned the most threatening opposition political parties from the presidential race, removing key politicians from the ballot.  For those who were still allowed to run, their chances were diminished from a decision to move up the election, which is usually held in December, to May, giving them less time to rally support (Neuman & Casey 2018).

Proponents for democracy were also disgusted by an apparent scheme to “buy” votes by Maduro’s party during the election process.  Falcon reported that his campaign encountered what were called “red points” at 86 percent of the polling sites in Venezuela (Smith & Goodman 2018); these red tents, named after Maduro’s socialist party, were located steps from the entrances of voting establishments.  If voters presented an identity card called a “Fatherland Card,” which is normally used to receive supplementary food from the government (although delivery and quantity has been reported to be minimal), they were promised a prize. Many of the poorer voters told news outlets that they felt compelled to vote for Maduro to receive any extra food they could, also saying that they feared losing the aid throughout the year if it was discovered they voted otherwise.  Others similarly felt pressure to back the leftist dictator because the booths imposed a sense that computers would be tracking individual voters’ responses, worrying some about their safety (Neuman & Casey). Supporters of Falcon were allegedly barred from entering some polling stations, one being beaten by members of the armed forces (DW 2018).

In response to the election, Venezuela’s opposition parties have refused to accept the outcome, instead pushing forward with plans for another free and transparent election with international observers during the last few months of 2018.  Other countries followed suit, with the United States and 14 other nations throughout the Americas rebuking the presidential election, all of them proposing diplomatic and financial action to counter Maduro’s regime. Argentina, Brazil, Mexico and Colombia have already promised to “reduce their level of diplomatic relations” with the country, and asked that international and regional entities not grant Venezuela any new credit.  The European Union, which had already imposed sanctions on top Venezuelan officials in January, also vowed to take further action following the election (Associated Press 2018).

The United States’ Vice President Mike Pence commented that Maduro’s election was a “sham - neither free nor fair,” and that the absurd process that led to that “illegitimate result” was a blow to the democratic policies of Venezuela.  Secretary of State Mike Pompeo went public with a statement recognizing the need to impose new penalties in response to the scam. Quickly after, President Donald Trump signed an order which forbids Venezuelan officials from “liquidating their assets in a ‘fire sale,’” stating that “this money belongs to the Venezuelan people.  We call for the Maduro regime to restore democracy, hold free and fair elections, release all political prisoners immediately and unconditionally, and end the repression and economic deprivation of the Venezuelan people” (White 2018). The real penalty, though, may come from potential oil sanctions by the Trump administration, which White House officials have released are a very real threat.

In a bout of anger in response to the new and proposed sanctions, Maduro expelled two top U.S. diplomats, Todd Robinson and Brian Naranjo, from Caracas.  Despite Maduro’s claims that the two were involved in a ‘military conspiracy,’ Robinson commented on a live Facebook stream from local media that “we energetically reject the accusations against me and against Brian Naranjo” (Cohen and Buitrago 2018).

And Maduro has every reason to be upset.  An oil sanction could effectively end his time in office, worsening the already raging economic crisis in his country and pitting his closest allies against him.

Depending on how the U.S. phrases such sanctions, Venezuela could suffer the consequences of diminished oil production or the loss of U.S. machinery and resource imports that are necessary in its oil production (Stratfor 2018).  Right now, oil makes up around 95 percent of Venezuela’s export earnings and 25 percent of its GDP (Rapoza 2018). While losing the ability to export oil to the U.S. could damage Venezuela’s - and more specifically, its largest company, Petróleos de Venezuela, S.A.’s (PdVSA) - earnings, a complete trade ban on oil-related products could bring operations to a near halt; bad news for Maduro, who would be unable to pay bond investors and, more importantly, corrupt officials and military members who have kept up support for the regime.  Right now, at least seven military officials were appointed top posts in PdVSA by Maduro, and last year Major General Manuel Quevedo was named the new oil minister and head of PdVSA (Zerpa 2018).

Since the beginning of March, though, at least 19 officers have already been detained on charges of treason and instigating rebellion (Zerpa 2018).  Without the funds to appease upper-level officials, though, it may be just a matter of time before Maduro has a full blown uprising on his hands.

He may just wish that he ran in a fair election after all.

Stratfor. 2018. “Venezuela’s Election Is a Foregone Conclusion. But What About the U.S. Response?” 20 May. Stratfor Worldview. Available to read here: https://worldview.stratfor.com/article/venezuelas-election-foregone-conclusion-what-about-us-response-2 [Accessed 25 May 2018].

Rapoza, Kenneth. 2018. “Why Nicolas Maduro Of Venezuela May Wish He Lost the Presidential Election.” 25 May. Forbes. Available to read here: https://www.forbes.com/sites/kenrapoza/2018/05/25/venezuela-election-maduro-pdvsa-oil-psuv-corruption/#232decc49baf [Accessed 25 May 2018].