Why is Brazil a Case of Demos-Enabling Federalism?

Brazil has been described as an extreme case of demos-constraining federalism whose institutions were expected to systematically defeat initiatives to provide national goods (Samuels and Mainwaring 2004; Stepan 2004). Systematic evidence on its outcomes, however, have contradicted such expectations. Actually, starting in the early 1990s, a broad set of laws regulating the taxation, expenditures and public policies of subnational units was adopted in Brazil (Abrucio and Costa 1999; Almeida 2005; Melo 2005). State governors do not control representatives' parliamentary behavior (Cheibub et al., 2007) even if subnational matters are at stake (Arretche, 2007).

In Arretche (2013) I scrutinized more empirical evidence than any previous study of Brazilian federalism by examining the 59 federal legislation initiatives referring to the taxation, spending, and policy-making authority of subnational units that were submitted to Congress between 1989 and 2006.  I concluded that Brazilian political institutions do not limit changes to the federal status quo. Instead, they make them possible. This is so because the 1988 Federal Constitution (FC) empowers the federal government to initiate legislation in all policy areas, including those with decentralized implementation, so that in most policy areas constitutional amendments are not needed for approving legislation. Legislation on the finances, policies and spending of subnational units can be submitted to Congress either as complementary laws – addressed to regulate the constitution – or ordinary laws. Thus, many policy changes affecting subnational affairs can be approved in Congress by a simple plurality of votes. Moreover, in Brazil it is comparatively easy to approve constitutional amendments: there is no need to hold referenda or obtain the approval of state assemblies, even if subnational interests risk being negatively affected. As a result, there are few arenas where subnational units might be able to make use of vetoes. The centralization of policy competences, combined with the majority principle for changing federal legislation, implies that there is no need for supermajority to change the status quo on most subnational issues.

Two central dimensions of the comparative study of federalism are the ‘boundary problem’ - the capacity to initiate legislation on subnational matters -- and the veto-player theory -- the ability to overcome the potential veto of affected interests. Both are key concepts to determine whether political institutions constrain or enable national governments.

Table 1 displays four feasible scenarios. A central government that is limited to initiating and approving legislation will be weak because of its constitutional limits to making policy decisions and the numerous veto arenas that can be successfully used by opposing interests (as in Switzerland, in the upper-left quadrant). A different picture emerges when the central government is constitutionally entitled to initiate legislation but is weakened by many veto opportunities in the decision-making process. The institutions that are viewed as leveraging the veto powers of subunits include complicated processes to amend the constitution, bicameralism, indirect selection of representatives and overrepresentation (as in the United States, the upper-right quadrant). A third possible federal polity is one in which the central government is limited to initiating legislation, but is quite easily changed because of the relatively few veto points (the bottom-left quadrant). Although logically possible, it is hard to find examples of such combination. In these three cases, federal institutions undercut the central government’s authority to rule over constituent units. However, another combination may be conducive to policy change in stable federal democratic regimes – one that has no restrictions on the federal government initiating legislation and few veto arenas in the decision-making process (bottom-right quadrant).

Such outcomes cannot be understood as a result of a rare political moment in which the usual centrifugal forces of Brazilian federalism were defeated by a political consensus. Instead all Brazilian Presidents were successful when undertaking this kind of initiative. Among the 59 legislation proposals examined, President Sarney (1986–1989) submitted only one complementary law (PLP - Proposta de Lei Complementar) regarding the retention of subnational revenues, which was approved. Presidents Collor de Mello (1990–1991) and Franco (1992–1993) submitted three and six bill proposals, respectively. The former got two approved and the latter three. Hence, they cannot be termed unsuccessful. Instead, subnational affairs did not seem to be central to their agendas.

The federal regulation of subnational affairs was a pillar in the agenda of President Cardoso, who embraced subnational issues to a much larger degree than his predecessors. Of the 59 legislative initiatives examined, 13 were passed in Cardoso’s first term, with 21 legislative proposals affecting states and municipalities approved in his second.

President Lula submitted 12 legislative projects to the Brazilian Congress, nine of which were approved. During his first term, rulings on subnational taxation and policies were given high priority; all initiatives passed. Congress approved nearly all the projects proposed in the administrations of Presidents Collor, Cardoso (I and II) and Lula (I).

Article 21 of the 1988 FC lists 25 items regarding the policy areas that the federal government is entitled to decide. These include infrastructure, communications, urban development, energy, transport, elaborating and executing national and regional plans of territorial ordering, and economic and social development. The 29 items in Article 22 list policy areas in which the federal government has exclusive legislative authority. States and municipalities execute most of these policy areas: water, energy, telecommunications, broadcasting, transport, military and educational policy, and contracting. Articles 21 and 22 have 56 incises: the Constitution accorded the federal government broad legislative authority by putting these policy areas under its competence. Article 24, which contains only 16 incises, lists areas where legislation – including on environment, education, social security and youth programs – can be made concurrently by the federal government, states and municipalities.

Only two policy areas are the exclusive authority of states: public safety and metropolitan regions. Municipalities have no exclusive authority over any policy areas, despite being fully autonomous members of the federation, whereas the federal government is entitled to initiate legislation in nearly all policy areas. So, far from restricting the federal government, the framers of the 1988 FC conferred upon it wide legislative powers, with decentralized policies that allow it to legislate on subnational policy-making.

Second, the decision-making of legislation in Congress does not require supermajorities. Instead, it displays clear traits of majoritarian rules. Opportunities for vetoing are concentrated at the federal arenas. The 1988 Constitution did not elaborate any distinct decision-making process for legislation on federal matters. Legislative initiatives that affect the interests of subnational units follow the same procedural rules as any other type of legislation.

Besides, constitutional amendments are comparatively easier to approve. Although constitutional amendments are the most difficult way to change the legislative status quo in Brazil, the requirements are easier there than in many other federations. To amend the Constitution, only two roll-call votes are required in the Chamber of Deputies and the Senate during the same legislative period, with the temporal proximity of those votes making it relatively easy to obtain two consecutive majorities. Moreover, in Brazil only a three-fifths majority is required. Neither a nation-wide referenda or the approval of a qualified majority of state-level legislative assemblies are required. Instead, a majority coalition in the Brazilian Congress is sufficient to amend the Constitution, meaning that political actors have few other arenas where they can veto proposed amendments. The only alternative is to appeal to the Supreme Court. Hence, the constitutional-amendment game “begins and ends” at the center.

Moreover, major measures can be submitted as complementary laws, intended to regulate the Constitution. Such legislative initiatives are possible because the 1988 FC entitled the federal government to legislate on subnational finances. A simple roll-call majority in both Chambers is required for final approval, which means that complementary laws can be approved by 51 percent of the representatives in just one round of roll-call voting in each Chamber.

Finally, many of these legislative changes were processed as ordinary laws. Although these policies were to be implemented by states and municipalities, the federal government’s broad legislative authority entitle the federal executive to initiate ordinary legislation on these matters. Ordinary laws do not require a plurality for approval, and the initiating Chamber is not obliged to incorporate the changes of the reviewing Chamber. If the reviewing Chamber does not reject the project, it can be approved by a plurality of the representatives present for the vote in each Chamber. Approval can even be made by means of a symbolic (not a roll-call) vote.

This means that when legislative proposals can be framed as either complementary or ordinary laws, no large coalition is needed for approval.

Arretche (2013) provides evidence about the demos-enabling elements of the federal state. Brazilian political institutions enable the federal government to deal with national problems without infringing the rights of subunits, since these are framed to limit the possibilities of minority groups blocking the will of the majority.

In a federation, two institutional conditions significantly help enable the center: the federal government’s broad policy-making powers and the majority principle for approving legislation in relatively few veto arenas. The former entitles the national government to initiate legislation in most policy areas while the latter requires only pluralities – rather than supermajorities – to approve legislation. If those conditions are not combined, however, the center risks being weakened by constraints on initiating legislation or the need for supermajorities to approve it.

Arretche, Marta (2013) "Demos-Constraining or Demos-Enabling Federalism? Political Institutions and Policy Change in Brazil", in: Journal of Politics in Latin America, 5 (2): 133-150. 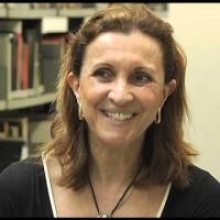 Marta Arretche
Marta Arretche is Full professor at the Department of Political Science (University of São Paulo), Director of the Center for Metropolitan Studies (CEM) and editor of the Brazilian Political Science Review. Her areas of interest are: comparative federalism, decentralization, inequality, and social policies. Webpage: https://scholar.google.com.br/citations?user=uIi_4L4AAAAJ&hl=pt-BR