Who is actually meddling in Mexico's elections? Russia or the U.S.? 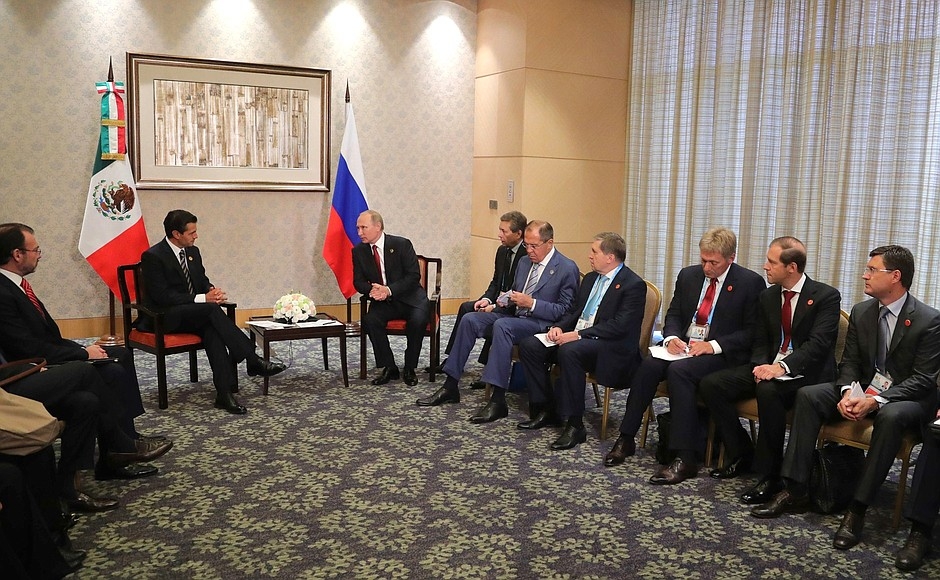 As Mexico’s July elections quickly approach, many are raising concerns regarding potential foul-play from Russia.  In December of last year, the U.S.’s former National Security Adviser H.R. McMaster alarmed Mexicans and internationals alike when he announced in a speech to the Jamestown Foundation in Washington that evidence of Russian meddling in Mexico’s elections had already been uncovered (Garcia & Torres 2018).

McMaster’s claims were supported by President Donald Trump’s senior national security aid, who elaborated that advanced cyber tools were being utilized by Russia to push propaganda.  However, Mexican officials hold that they have not encountered any signs of Russian interference.

Of course, that is not to say that it is impossible.  An internal report conducted by Mexico’s National Electoral Institute discovered that its newest electronic voting system was vulnerable to outside manipulation, making votes cast by Mexicans from overseas an easy target.  What is more, groups located in Russia were found to be the most frequent visitors to the Electoral Institute’s website, despite there being a small Mexican population in the country (Weiss 2018).

And, the stakes in the outcome of Mexico’s 2018 elections are high.  This year, Mexico isn’t just replacing its president; every senator and representative will be up for election, as well as a number of governors and local politicians.  In all, the votes will decide the fate of over 3,000 seats (O’Neil 2017). Politicians like Republican Senator Marco Rubio and Democratic Senator Bob Menendez are very aware of the implications Russian interference in Latin America could have for the United States; the two composed a letter to former secretary of state Rex Tillerson explaining that they were “increasingly concerned,” especially concerning Mexico’s elections (Sampathkumar 2018).

This worry stems from the incredible influence Mexico has on the United States.  It remains one of the country’s largest trading partners, with the two exchanging about $600 billion USD worth of products each year.  In addition, the countries share energy refineries, pipelines and grids, as well as waterways and environments, making a strong relationship between the two necessary for operations.  Now more so than ever, each partner relies on its opposite to exchange information and intelligence which impacts national security and helps fight terrorists and organized crime (O’Neil 2017).

Unfortunately, following the election of President Trump, negative U.S. sentiment is on the rise throughout Mexico - a 2017 Pew survey found that 65 percent of Mexicans have negative opinions of their northern neighbor -, and candidates like left-winger Lopez Obrador, who has strongly opposed the current policies of Trump and the U.S., are enjoying heightened support from Mexican citizens who want a leader dedicated to “Mexico first” policies.

Obrador, in the eyes of Russia, has the potential to be a strong ally.  Beyond his nationalist proposals, Obrador shares Putin’s conservative stance on issues like gay marriage and abortion (Weiss 2018).  Critics have already dubbed the candidate the next Hugo Chavez, and with Trump’s protectionist maneuvers putting NAFTA at risk, China and Russia have been vying to be Mexico’s next confidant.

In the past, too, Russia has been quick to use Mexico as its outpost for counter-U.S. operations.  Mexico City housed one of the largest Soviet embassies outside of Moscow during the cold war, with over 300 intelligence officers.  Its location in Condesa also bore a KGB and GRU training ground, and it became common knowledge that the base had close ties with Cuba and acted as a recruitment base for stateside spies, many of whom also ran intelligence recovery on members of the U.S. embassy located in the same town (O’Neil 2017).

At the closure of the Cold War, Russia’s occupancy in Mexico did not cease; it simply transformed into what is now known as the Federal Security Service, which is still active today, especially in the art of propaganda.  Moscow’s intelligence base has close ties with two official news services, Sputnik and Russia Today (RT). RT’s Spanish-language news channel is the most popular foreign media channel in the country, and has been promoting Obrador since 2016.  Notably, Obrador’s foreign policy adviser, John Ackerman, is one of the country’s most renowned content creators (O’Neil 2017). One of Ackerman’s highly speculated contributions is a video blog entitled “The Battle for Mexico,” which has led many to further believe that the Russian network exists only to further its political agenda in Mexico (Weiss 2018).

Ackerman, who is married to Irma Eréndira Sandoval, a future cabinet member of Obrador, has responded to allegations that the Russian outlet is a sophisticated propaganda machine by claiming that such an idea is “mythology,” and that Russia Today is comparable to news channels like BBC and Deutsche Welle (Kruaze 2018).

Obrador has similarly dismissed rumors that he is working in cooperation with Moscow, joking with press while standing at a port that he was waiting for a Russian submarine filled with gold to surface.  He similarly laughed that he should now be called “Andres Manuelovich” (Reuters Staff 2018).

Many are similarly dubious that there is any interference coming from Moscow.  Dr. Tony Payan, who is the Director of the Mexico Center at Rice University, confirmed that there has not been any physical evidence of obtrusion in Mexican elections, suggesting instead that the Trump administration is setting the stage to pass the blame for deteriorated relations with Mexico onto Russia (Sampathkumar 2018).

By helping to spread rumors about Obrador’s involvement with Russian officials, the U.S. stands to gain from disgruntled voters who might turn towards more conservative parties, which are more open to less socialist, American-friendly policies.

In Mexico, it would seem that the National Action Party (PAN), has been trying a similar tactic.  The National Electoral Institute (INE) was contacted when thousands of Mexican citizens reported calls with a recorded message that warned that Russians, with the help of Obrador, were coming to steal the country’s petroleum (Hernández 2018).  After the INE conducted an investigation, it was discovered that the calls were coordinated by the state Secretary of Finances and Administration (SFA), who has ties with PAN (Cruz 2018).