What Argentina's Midterm Elections Mean for the Future of the Country: An Overview 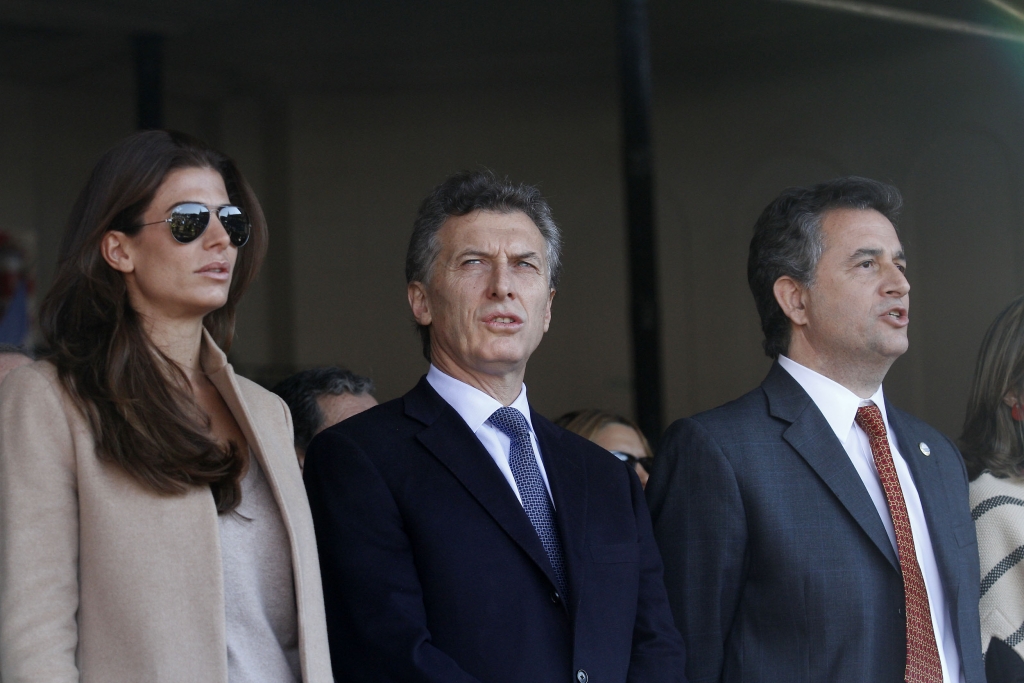 On Sunday, October 22, 2017, President Mauricio Macri’s ‘Cambiemos’ (‘Let’s Change’) coalition declared victory in Argentina’s legislative midterm elections over its main opposition, former President Cristina Fernandez de Kirchner’s ‘Unidad Ciudadana’ (‘Citizen Unity’) coalition. This win for the ‘Cambiemos’ coalition indicates a greater political stronghold for Macri, and a continuation of the drastic political and economic reforms that he has put into place since coming into office in December 2015.

Macri’s ‘Cambiemos’ gained nine seats in the Senate and 21 in the lower house (New York Times), signaling growing support and approval of the President’s new policies, and likely reelection for him in the upcoming 2019 Presidential Elections. ‘Unidad Ciudadana’ also gained a few seats in both houses, and former President Cristina Fernandez de Kirchner did win a Senate seat. However, ‘Unidad Ciudadana’ did worse than expected overall, a sign of diminishing support for the former president’s Peronist policies.

Following this critical midterm election, we have an opportunity to step back and take a look at how Macri’s new policies are shaping Argentina’s economic and political landscapes, and what this means for the future of the country.

What does this election mean for Argentina’s economy?

When Macri came into office in December 2015, he inherited control over a country that had been dominated by Peronist ideology since the mid-20th century.

The ideologies of Peronism and its offshoot, ‘Kirchnerism’, focused on the importance of Argentina’s isolation from foreign economic influence. For decades, Argentina’s economic policies were based on the socialist ideals of Peronism and Kirchnerism, characterized by industrialism, currency regulations, import tariffs, and an overall strong opposition to the ideas of neoliberalism and free-trade.

This protectionist approach of Peronism and Kirchnerism resulted in the constant fluctuation of Argentina’s economy, eventually leading to a deep recession in 2014. The country faced high levels of poverty and inflation and little growth, causing a dwindling support of the economic approach that had dominated Argentina for decades.

In November 2015, Macri won in the Presidential election over the Justicialist Party’s Daniel Scioli, who would have worked to continue the legacy of Kirchner’s isolationist approach. Macri tapped into the recession-plagued country’s widespread discontent with leftist economic policies, and he ran on a campaign of attracting foreign investment and reestablishing Argentina in the global market (The Washington Post).

When Macri assumed the presidency, he vowed to slash subsidies and import tariffs, free up the country’s exchange rate, lower inflation, reduce poverty, and open up Argentina’s economy to the world, ending the long period of isolation and protectionism.

During the first year of Macri’s presidency, his new ideas and policies had generally failed to improve the situation in Argentina. However this changed in March 2017 when the country officially declared that its recession had ended.

Although the economic situation is still poor, with high levels of poverty, unemployment and inflation, it appears to have improved since Macri came into office. According to the President, inflation is in the single digits for the first time in over a decade. GDP expanded 2.7% from the year earlier as a result of heightened investment and consumption. The poverty rate has also fallen by 1.7% (although still very high, around 28.6%) (CNN Money).

Overall, the situation in Argentina has undoubtedly improved. Although many have criticized what these changes mean for the jobs of the working class, and his gradualist approach to changing the economy, it is apparent that his reforms have seen the desired outcome.

In previous months, many have argued that these recent midterm congressional elections in October would be critical for Macri, as the outcome would determine his ability to pass future legislation enacting more of these economic reforms. Now that Macri’s Cambiemos coalition has emerged victorious from this election, it appears that his movement has gained political footing and support, and that the country will remain on the path of the right-wing president’s economic reforms.

What about International Relations?

Although a large part of Macri’s presidential campaign was based on a platform of economic reform, this has several larger political implications on both domestic and global scales. For one, he has strengthened Argentina’s role in South American trade bloc Mercosur, which is expected to sign a trade agreement with the EU later this year.

With the President’s desire and vow to open up Argentina’s markets to foreign direct investment, he has also vowed to create an atmosphere of diplomacy with foreign countries, an approach drastically different from that of Kirchner. In April, just after the end of the recession, Macri announced that Argentina is to host the G20 summit next year in 2018. This announcement and these actions largely symbolize a future of diplomacy and working together with the international community to tackle global issues and develop the global economy.

President Macri has also made clear his desire to create stronger alliances with the U.S., which Kirchner once accused of attempting to sabotage her presidency. Just days before the October 22 midterm elections, Macri reportedly spoke on the phone with U.S. President Donald Trump, the two leaders agreeing to work together to reform the Argentine economy, and to combat Venezuela’s crippled situation under Nicolás Maduro (El Nuevo Herald).

Overall, Macri has adopted a more conciliatory foreign policy in an attempt to regain the trust and support of the international community. He has expressed his desire to end disputes with foreign countries, such as the Malvinas/Falkland Islands dispute with the U.K., in order to promote a more positive and cooperative position in the global community.

Like with his economic reforms, President Macri has adopted a stance on foreign policy that starkly contrasts that of his predecessor, Cristina Fernandez de Kirchner. Now, with his ‘Cambiemos’ coalition’s heightened level of congressional power, Macri will be in a more powerful position through which he can lead Argentina away from its confrontational approach to foreign policy.

What about Cristina Fernandez de Kirchner?

The midterm elections, while boosting President Macri’s ability to enact his reforms, also bring the former president back into the picture.

In November 2015, when it became apparent that Mauricio Macri would assume the presidency, his fierce opponent and then-president Cristina Fernandez de Kirchner reportedly worked to create obstacles to make the transition as difficult as possible for the incoming president. In the time between the election and Macri’s inauguration, Kirchner altered the Congressional budget, appointed new ambassadors, and approved the delegation of billions of dollars to provincial governments (The Telegraph).

Even the location of the handover ceremony was a topic of debate, as Kirchner wanted it to take place at the Palace of the Argentine National Congress, and Macri preferred the Casa Rosada.

However, following the rocky transition of power, Kirchner largely was out of the picture as Macri began his series of economic and political reforms, only to emerge occasionally to criticize the new president of looting the working class (TeleSur TV). It appears that much of her time was consumed by charges and accusations of corruption.

In these recent midterm congressional elections, Kirchner returned to the political stage as she campaigned for and won a Senate seat for Front For Victory, a coalition based in the Peronist-based Judicialist Party. With her new position in the Senate, the former president will have a new political platform from which she can criticize and battle Macri’s new reforms and policies.

Kirchner’s win in the Senate will also likely give her immunity from the corruption charges for which she has been under investigation since stepping down from the presidency (BBC News).