War-Rhetoric and “Strong-Man” Politics in the Americas 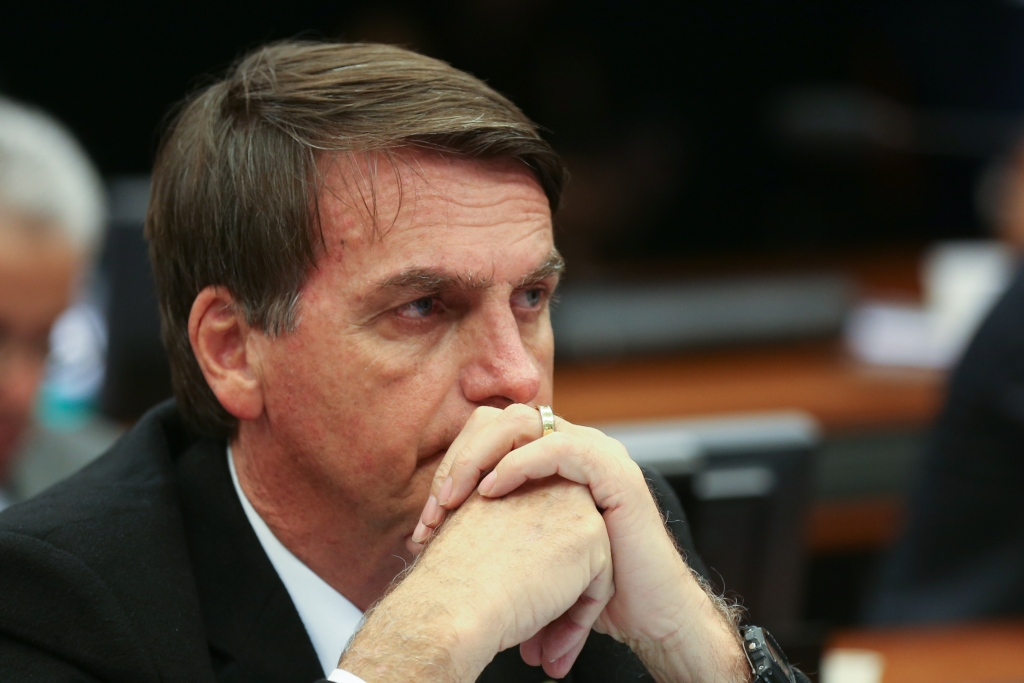 United States President Donald Trump is notorious for his strong, volatile rhetoric on major topics. His “strong-man” bravado is a large part of what attracted many voters to him in the 2016 Presidential Elections. A defining feature of Trump’s “strong-man” politics is the war-rhetoric he uses when discussing certain issues. War-rhetoric is defined by the man who has coined the term and studied the phenomenon, Professor Robert Ivie of Indiana University, as rhetoric or propaganda that is used to convince people that war is necessary. Ivie states that "a people strongly committed to the ideal of peace, but simultaneously faced with the reality of war, must believe that the fault for any such disruption of their ideal lies with others” (Ivie, 1980) . In other words, war-rhetoric occurs when an influential member of a group convinces his or her audience that in order to keep peace, war is necessary. This is a common tactic used by international leaders in times of war to convince a nation’s people to go to war. This was popular during the World Wars and the Cold War in recent history. In Trump’s case, however, there is a key difference to that of historical examples of war-rhetoric. Trump is using war-rhetoric to rally his supporters during times of peace— or at the least around non war-related issues. By convincing the American people that an issue which he opposes threatens their peace, Trump is able to accumulate the support necessary to pass policies and fulfill projects based off of rhetoric alone rather than facts or numbers. He uses war-rhetoric to bypass the steps normally involved in various processes by inciting fear that if the project is not expedited, the livelihood of the American people is at stake. Though often based on exaggerations and lies, Trump’s war-rhetoric has been effective in gaining support for his policies and goals, and the international community has taken notice, although Trump is not nearly the first to use war-rhetoric in times of peace. Across Latin America, there have been a wave of elections (though some controversial in their validity) where candidates who promote “strong-man” politics are elected. Just as with Trump, Latin American leaders such as Brazilian President Bolsonaro, and Venezuelan Dictator Nicolas Maduro have used war-rhetoric to gain support.

Since before his election, Brazilian President Jair Bolsonaro has been very vocal about controversial issues. Following his election, his views became even more publicized highlighting the militaristic nature of his messages. According to Monica de Bolle, director of the Latin American programme at John Hopkins University, Bolsonaro has been intentionally using the same war-rhetoric as Trump. Why would Bolsonaro do this? Probably because of how effective it is in bypassing the normal steps of democracy to complete controversial projects. Bolsonaro’s “inflammatory rhetoric— he spoke of executing his political foes, called a congresswoman unworthy of rape, and accused the left of persecuting his party and supporters—earned him comparisons to the Nazis but whipped up his base. His hard line on crime and corruption, his scaremongering about fake news, and his appeals to traditional religious values drew in voters who would normally have opted for a more centrist candidate”(FP Editors, 2018). Sure enough, his tactic proved successful in earning him the presidency, and allowing him to create policies in which minority groups are often targeted as victims of Bolsonaro’s war-minded Presidency. In order to gain support for rolling back land protection policies in the Amazon, “Bolsonaro has argued that demarcated land for indigenous peoples is akin to keeping them ‘secluded in reserves like zoo animals’” (Sims, 2019). By making the population feel that indigenous groups are in danger, he has been able to remove protections for indigenous lands that often also serve as environmental protections for threatened parts of the rainforest. Indigenous communities rarely have the resources to create a strong enough lobbying group to fight back, and become victims of Bolsonaro’s war-rhetoric for an issue that is completely separate from war. Bolsonaro also uses strong rhetoric when it comes to his justification for loosening gun laws. He implies that with the current gun laws, citizens are in danger of not being able to protect themselves, promising that “To guarantee citizens their legitimate right to defense, I [Bolsonaro], as president, will use this weapon[referring to his pen, to sign a policy that would make guns much easier to own]” (Marcello, 2019). Bolsonaro has been able to use war-rhetoric to induce fear in Brazilians enough to feel that more guns will protect them, despite studies showing that increases in guns in an area directly corresponds to an increase of homicide in the same area (Sims, 2019). The potential consequences of such war-rhetoric and the policies it allows Bolsonaro to create draws concerns from critics globally, with many fearing that Bolsonaro “could drive South America’s largest democracy toward fascism or even toward a return to military rule” (Sims, 2019). One of Bolsonaro’s most vocal enemies, Maduro, is guilty of the same war-rhetoric used by the Brazilian leader.

Though public support for Maduro has significantly dropped, with even members of his personal military abandoning his side, Maduro has been able to hold support and justify his actions to the Venezuelan people for a disturbingly long time, despite the economic disaster and Maduro’s lack of leadership resulting in the abject poverty, hunger, and illnesses of Venezuelan people. Maduro has been able to convince his supporters to keep him in power by blaming local Venezuelan elites of sabotage and other countries, namely the U.S. of imperialism threatening Venezuelan society (BBC, 2019). Although this is certainly not out of character for business elites and countries such as the U.S. to undermine and intervene in other countries’ affairs, Maduro has been able to use these terms to make his supporters fear for their livelihoods if he is to lose power, thus prolonging his dictatorship and the severe hardships of the Venezuelan people. As is evident in Venezuela, the fear that war-rhetoric gives people is strong enough to keep a dictator in power, and though not as extreme as in Venezuela, it is strong enough to convince U.S. citizens that they are in danger of a non-existent threat at the U.S.’s southern border.

Trump used war-rhetoric to convince people that their safety was in danger if he was not elected. He claimed that the American people were being threatened by the current administration, by liberals, and by immigrants. Not only was Trump able to strike enough fear in American people that immigrants are violent and malicious people by referring to them as rapists and murderers (BBC, 2016), but he was able to expedite the process of building a border wall. Trump declared a national emergency to speed up the process of building a wall on the U.S.’s southern border. Declaring a national emergency is only something that occurs during war-times, and allows the President to take actions necessary to protect the American people. Declaring a national emergency allows Trump to bypass the traditional U.S. democratic system, accessing “billions of dollars that Congress refused to give him to build a wall” (Baker, 2019). War-rhetoric not only strikes fear in people, but highlights the controversial nature of war-rhetoric speech, and whether or not simply using militaristic and war-time speech (such as simply stating the term national emergency and it therefore becoming a decree) can actually give a leader the power to treat a non-war issue as though it is a war.

Trump, Bolsonaro, and Maduro are not alone in Latin America or even the world in using war-rhetoric in times of peace. Increasing war-rhetoric and “strong-man” politics comes with an international rise in nationalism and populism, and can be seen internationally in places such as the U.K., North Korea, and Italy to name just a few other nations where leaders are following in Trump’s war-rhetoric footsteps (Shuster, 2019). The dangers of this type of rhetoric are many, as leaders are able to influence citizens through fear of often exaggerated or completely false threats, as well as give themselves the power to bypass typical democratic procedures by simply stating war-time terms. As populism and leaders who rule by “strong-man” politics increase internationally, so too does the threat of war-rhetoric in times of peace.