Violence against Women in Politics in Latin America 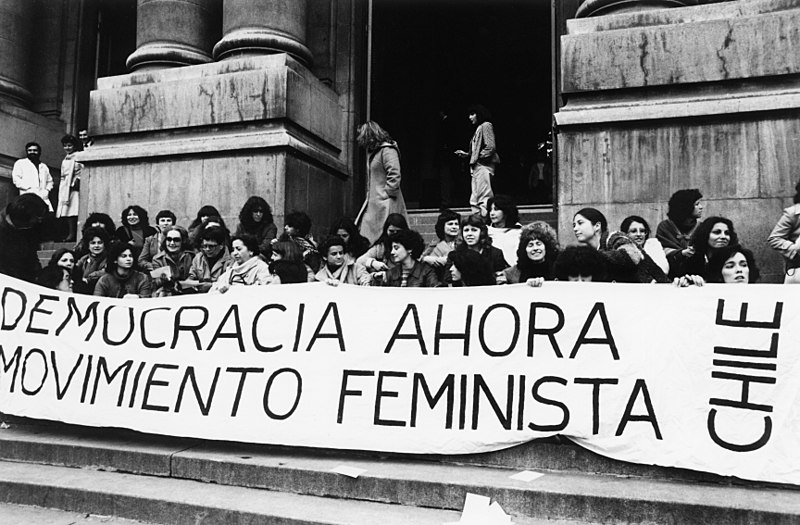 Violence against women in politics describes actions that target women for existing as women and for taking an active role in politics. Violence is a comprehensive term for “physical attacks, as well as targeted humiliation, intimidation, harassment, and stigmatization” (2). As previously stated, reports of violence against women in political and public positions have increased as the representation of women in government has risen globally.

In 2016, the Inter-Parliamentary Union published a study on “Sexism, harassment, and violence against women parliamentarians” (11). The Inter-Parliamentary Union published data that was supplied voluntarily by 55 women parliamentarians from 39 countries and more than 5 regions across the world (11). A few of the statistics that came as a result of this 2016 study include that: 81.8 percent of the parliamentarians had experienced psychological violence; 65.5 percent said they received humiliating sexual or sexist remarks; 46.7 percent feared for both their personal and their family’s security; 44.4 percent had received threats of death, rape, beatings or abduction; 25.5 percent had experienced physical violence; and 21.8 percent had been subjected to one or more acts of sexual violence (11).

The presence of violence against female politicians, as well as female activists and women holding public roles, is part of a systemic social movement to keep women out of power (2). Systemic violence refers to “institutional practices or procedures that adversely affect groups or individuals psychologically, mentally, culturally, economically, spiritually, or physically” (6). Systemic violence can occur when people holding positions of authority directly or indirectly subject female politicians to experiences of gender-based violence.

Violence against women in politics is a “strategy to keep positions of power” (2, 3). As women increase their political representation, they join a new domain that has been controlled by men for centuries. Women begin to challenge the male-dominated strategies and practices in politics. Thus, violence against female politicians aims to centralize the political and social sphere into one defined by sexist traditions and practices. Strategies to achieve this goal of reinstating a traditional society include questioning the female body, belittling the voices of women, and creating inferior rhetoric to ‘define’ the role of women in the world. The female body and their public identity are stereotyped into the traditional roles of women, which helps to create a point of focus for violence (5). The depth of the violence against women in politics in Latin America and throughout the world suggests that democracies are far from inclusive equality for women.

The International Declaration on the Elimination of Violence Against Women (1993) states that violence against women is “any act of gender-based violence that results in, or is likely to result in, physical, sexual or psychological harm or suffering to women, including threats of such acts, coercion, or arbitrary deprivation of liberty, whether occurring in public or in private life” (5). Furthermore, violence against women in politics is defined as actions “that specifically target women as women to leave politics by pressuring them to step down as candidates or resign a particular political office” (4). As previously mentioned, these specific acts of violence are not limited to physical actions, but extend to encompass a diverse set of actions including “symbolic attacks on- and offline to economic control; psychological abuse; sexual harassment; and even kidnapping, rape, and assassination” (4).

These changes in legislature account for the complex dimensions of violence against women and gender-based political violence. An example of this development is Brazil Law 11.340 of 2016 and Law 13.104 of 2015, which protect women from domestic violence and criminalizes femicide respectively (7, 8). Promoted by the collaborative efforts of feminist activists and national actors, Brazil demonstrates how laws in Latin America have begun to represent the demand for gender-based perspectives in politics.

Despite the progress expanding legislature and regulations incorporating a “gender perspective,” cases of violence against women in politics persist in Latin America. The cases of violence include reports from both local to national politicians. Flávia Biroli, a Professor of Political Science at the University of Brasília, demonstrates a case of gender-based harassment at the highest level of politics in Brazil. Professor Biroli describes how the impeachment of Brazilian President Dilma Rousseff was tainted with misogynistic rhetoric. In 2016, President Dilma Rousseff was successfully impeached and removed from her position as president. After a Senate vote of 61 to 20, Rousseff was convicted based on her attempts to conceal Brazil’s economic problems by exploiting the federal budget (9). Professor Biroli describes how throughout the impeachment process, Rousseff was portrayed as “politically incompetent, incapable of negotiating, and neurotic” (2).  Following the impeachment of Rousseff, the Brazilian government became more conservative in its composition and policies. Specifically, the Brazilian cabinet consisted of only white men. Critics highlight the lack of both women and Afro-Brazilians in the cabinet following Rousseff’s impeachment (13). Professor Biroli demonstrates how the impeachment of Dilma Rousseff is an example of backlash against women in the political sphere, as allegations of corruption against Rousseff were bolstered by demeaning, misogynistic rhetoric. Elected in 2011, Dilma Rousseff was the first female president of Brazil. As stated by Professor Biroli, this case suggests a regression to the “most extreme stereotypes, the ones which deny legitimacy to women’s presence in the public space” (2). The shift to a more conservative government demonstrates the power of misogynistic rhetoric and the control of the patriarchy in Brazil.

This case of Brazilian President Dilma Rousseff is not a solitary circumstance. Reports of violence against female politicians in Latin America are frequent despite laws and legislature that intend to limit these experiences of violence. With the systemic violence against female politicians rooted in sexism, traditional values, and male-dominated political beliefs and agendas, violence against women in politics demands legislature with a “gendered perspective” (2). For the legislature to be more gendered, national actors and groups centered in women’s rights are the key to progressing laws and pressing politicians to incorporate feminist perspectives into their political agendas.