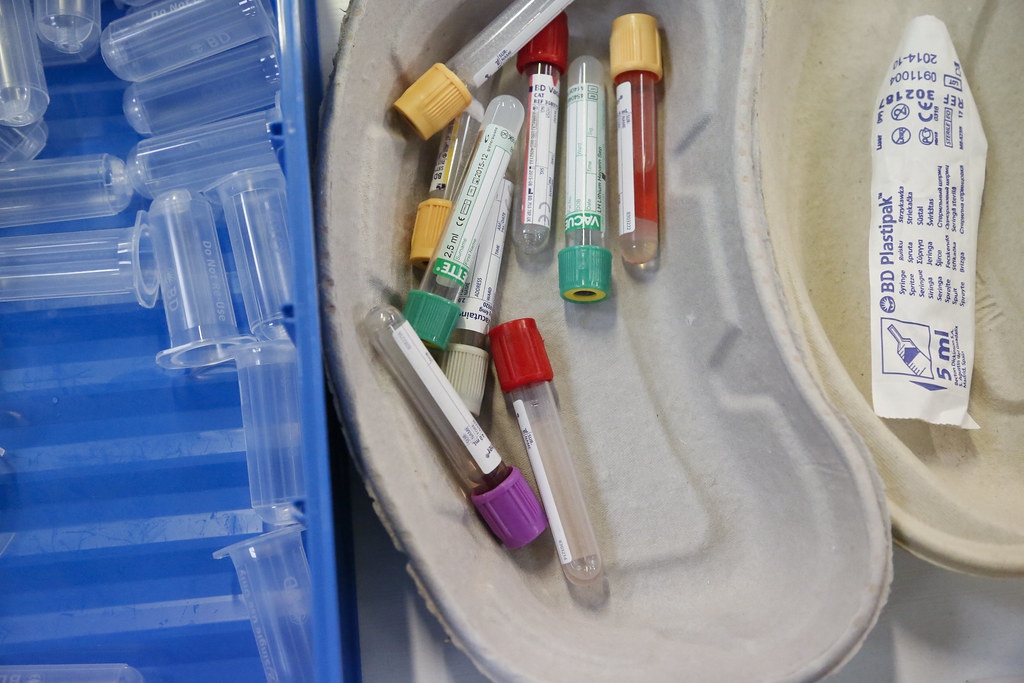 Since the collapse of the Venezuelan economy, the country’s health care system has plummeted, leaving Venezuelans desperate for medicine, medical supplies, doctors, and essential necessities as electricity in hospitals. Despite the pain and suffering that Venezuelans have been through due to food shortages, the health care crisis, and corruption over the past years, President Nicolás Maduro denies any shortage of supplies or humanitarian crisis at all.

Earlier this year, in an effort to prevent external aid from entering Venezuela territory, Maduro had a truck full of supplies such as food, water, medicine from the United States burnt to the ground. The USA shipment aid which entered Venezuela through the bordering Colombian city of Cúcuta, is just one of many failed humanitarian aid shipments that Maduro and his assistants have prevented from entering the country. Maduro’s response to the burning of much needed medical supplies was that “we are not beggars” referring to Venezuelans. He claimed that the United States was attempting to humiliate the country of Venezuela by sending aid (Bo, 2019). Juan Guiado, the U.S. backed interim president of Venezuela, and Maduro’s opposition continuously stresses the country’s desperate need for help.

Over $100 million in aid has been gathered for Venezuela, but nearly all of it still sits idle in Cúcuta. The Venezuelan Health Care System is in desperate need of this help. “The National Hospital Survey for 2016 carried out by the Network of Physicians for Health reports that there are severe shortages of medicines (76%) and surgical equipment (81%) in 86 hospitals across 38 cities. Out of a total of 15,230 hospital beds studied, only 34.8% are operational. 63.6% of pediatric services lack milk formulas, 71% of them don’t have echography services, and 97% are experiencing severe issues, or their laboratories are out of order. On the other hand, according to Dr. José Manuel Olivares, there are serious issues with the infrastructure and between 80% and 90% of the emergency rooms are out of order (UN High Commission on Human Rights, 2017)”. Every aspect of the Venezuelan health care system is failing, and Venezuelans are dying from completed treatable illnesses. Venezuela had previously declared the elimination of malaria, yet since 2014, there has been a 205% increase in Malaria cases. Access to tuberculosis screenings is now nearly impossible, and Venezuelan AIDS-related deaths have tripled (FT Staff, 2019). With no access to essential medicine, Venezuelans are forced to find a cure on the black market, which is often smuggled from nearby countries. Finding the right dose through the black market can be a challenge, and if the correct medicine is found, it may already be expired and no longer useful, or too expensive (Raphelson, 2018). The other option Venezuelans have to travel to neighboring countries such as Colombia to seek medical treatment before returning home. This can be an incredibly straining task as many individuals making the trek are in need of severe medical treatment, and are often too sick to travel. Not only does Maduro’s unwillingness to accept any aid make the Venezuelan health care crisis worse, but U.S. Sanctions have made other countries hesitant to interact with Venezuela at all.

In early August, U.S. President Donald Trump signed an executive order to impose new sanctions on Venezuela aimed to force Maduro out of office. These new sanctions will freeze “the property and assets of the Venezuelan government and those of any individuals who assist Venezuelan officials affected by the order” (Crowley, 2019). Characterized by sanction experts as a “total embargo” on Venezuela, this new executive order by the United States might hurt the Venezuelan people more than help. Similar sanctions were recently placed by the United States against Iran. In September following an Irani attack on a Saudi oil facility, the new sanctions in Iran, which sanctions expert in the U.S. State Department during the Obama administration, Richard Nephew claims, are more symbolic than practical, and the economic impact the sanctions will have are hard to predict. “The sanctions could add complications for those trying to deliver humanitarian supplies to Iran, although Treasury said it will continue to consider waivers for deliveries of food and medicine, as appropriate” (Horsley, 2019). Although medicine and food are exempt from the sanctions, the severe consequences that other countries may face as a result of the sanctions have caused so much hesitancy by other nations to even provide humanitarian aid to Iran, for fear of the economic consequences their countries might face from the United States.

As a result, Iran is facing a drastic decrease in the flow of medicine and medical supplies into the country. Iran’s hospitals are now scrambling to provide cancer care and treatment to patients due to what many believe is a result of these economic sanctions. “U.S. officials insist that the sanctions explicitly do not apply to medicine or medical devices. But trade experts say heavy restrictions can have an impact on business decisions in sectors that may not have been targeted.” Now, the Iranian Foreign Minister, Javad Zarif accuses the U.S. of “‘economic terrorism’ and cutting off access to cancer drugs” (Arezou, 2019). The impact of these economic sanctions in Iran illustrate the likelihood of the same problems rising in Venezuela. Although humanitarian supplies are exempt from the U.S.’s sanctions against Venezuela, the “secondary sanctions” which sanctions expert Jeffrey Schott of the Peterson Institute for International Economics describes as “collateral damage” will decrease aid shipments from around the world to Venezuela (Armario, 2019).

In early 2018, in an effort to improve the economy, Venezuela eliminated DIPRO, “a heavily subsidized exchange rate used for imports of food and medicine” (Reuters Staff, 2018). A new foreign exchange platform called DICOM was implemented following DIPRO’s elimination. With DIPRO, Venezuela would subsidize hard currency through exchange controls, but providing dollars for the system became nearly impossible after the collapse of the oil industry. The DICOM rate is 30,987.5 bolivars per Euro, compared to the previous DIPRO rate of 10 bolivars per dollar (Reuters Staff (2), 2018). This shift in foreign exchange platforms is often regarded as a positive initiative. Asdrubal Oliveros of the Venezuelan economic consultancy Ecoanalitica explained to Reuters that “a step in the right direction, because it helps correct a foreign exchange distortion, but without dollars, things will continue to be complicated” (Reuters Staff, 2018). This is because over 90% of the public sector imports in Venezuela are still carried out by the DIPRO exchange rate. However, hopefully, the new DICOM exchange platform will help to begin the restabilization of the Venezuelan economy.

Venezuela once had one of the strongest health care systems in Latin America, and now has one of the worst medical crises in the world. Changes are desperately needed. Just in February of 2019, there was a case of 14 children dying in a week due to an outbreak of amoebiasis, a form of dysentery. The hospital where the children were located was unable to get enough syringes or serums to hydrate the children and stopped receiving gauze and alcohol almost four years ago (Bo, 2019). One Venezuelan woman who lost her two-month-old baby to the amoebiasis outbreak told Al Jazeera that a week following his death, her child’s body remained in the hospital because she could not afford a coffin. In the words of this Venezuelan mother, “there is nothing here [in Venezuela], they have no medicine, they don't have food, and now my son is dead” (Bo, 2019). Unless there is a regime change in Venezuela, the DICOM exchange rate is successful, and humanitarian aid is accepted, Venezuelans continue to suffer at the hands of a collapsed health care system.