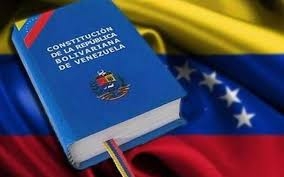 Political conflict has continued to escalate in Venezuela since the controversial election of July 30th. On the early morning of August 6th it reached a new peak in Valencia, a city of the center-north of the country, with a frustrated attack by a group of dissident security forces on a military base -the Brigada 41 de Blindados, of the Paramacay battalion. The initiative was announced by a man who introduced himself as Captain Juan Caguaripano, and appeared standing in front of around twenty men carrying combat weapons in a video released while the situation was still uncertain. Through this spokesman, the insurgent force declared itself “in legitimate rebellion, united more than ever with the valiant state of Venezuela, to disavow the murderous tyranny of Nicolás Maduro,” demanding “the installation of a transitional government and free general elections.” The action, Caguaripano clarified, was “not a coup, but a civic and military action to restore constitutional order.” Although government forces managed to recover control within a few hours, some of the attackers were able to escape with weapons. During Los domingos con Maduro (Sundays with Maduro), his regular TV show, president Maduro congratulated the Bolivarian Armed Forces for their “immediate reaction to the terrorist attack.” Two dead, one injured, and 10 detainees constitute the final balance of the event.

The Valencia episode followed a series of measures against the opposition imposed by the government since the election for a constituent assembly, a week ago. In the early morning of August 1st, the Tribunal Supremo de Justicia revoked the domiciliary arrest of opposition leaders Leopoldo López and Antonio Ledezma, and both were returned to Ramo Verde, a military prison near Caracas. The uncertainty that followed the postponement of the inauguration of the Constituent Assembly, initially scheduled for August 3rd, began to dissipate as the Guardia Nacional Bolivariana occupied the Palacio Legislativo Federal intending to evict the members of the National Assembly, controlled by an opposition majority, and guarantee the installment of the body mandated to rewrite the constitution. The inauguration took place the following day, but not in the National Assembly’s chamber, thus allowing for an at least temporary coexistence of both deliberative organs. Delcy Rodríguez, former Ministry of Foreign Affairs, was chosen to preside over the constituents, that count the president’s wife and son, and Diosdado Cabello (the regime’s most conspicuous strongman), among its members. The choice of Rodríguez, a loyal chavista close to Maduro, has been interpreted of an indicator of the latter’s purpose to keep the constituents under tight control. On the same day, governmental security forces repressed a march protesting against the assembly, Antonio Ledezma was returned to house arrest, and the Vatican issued a statement requesting the cancellation of the constituent assembly.

Measures against the opposition also targeted General Prosecutor Luisa Ortega –a dissident chavista  who had launched an investigation to determine whether fraud had taken place during the last election-, was removed from office. Ramón Alfredo Ramos and Josy Fernández, respectively mayors of Iribarren and San Antonio de los Altos elected in the 2013 municipal election as candidates of the opposition, have also been targets of governmental harassment.

Perhaps the only good news for the regime´s opponents has been the convergence of a number of its leaders with former authorities of chavista administrations removed from their positions in retribution for criticizing the government or for other forms of unacceptable disloyalty. Chavistas críticos Luisa Ortega Díaz (General Prosecutor recently fired by the constituent assembly); Miguel Rodríguez Torres (former Minister of the Interior); and Eustoquio Contreras (a deputy having led the chavista Polo Patriótico); participated in a public event organized by the Universidad Católica Andrés Bello, in Caracas, under the banner En defensa de la Constitución (In defense of the constitution). Henrique Capriles (governor of Miranda and previously two-times presidential candidate); Julio Borges and Freddy Guevara (respectively president and vice-president of the National Assembly), joined them in representation of the Mesa de Unidad Democrática, the coalition of opposition forces.