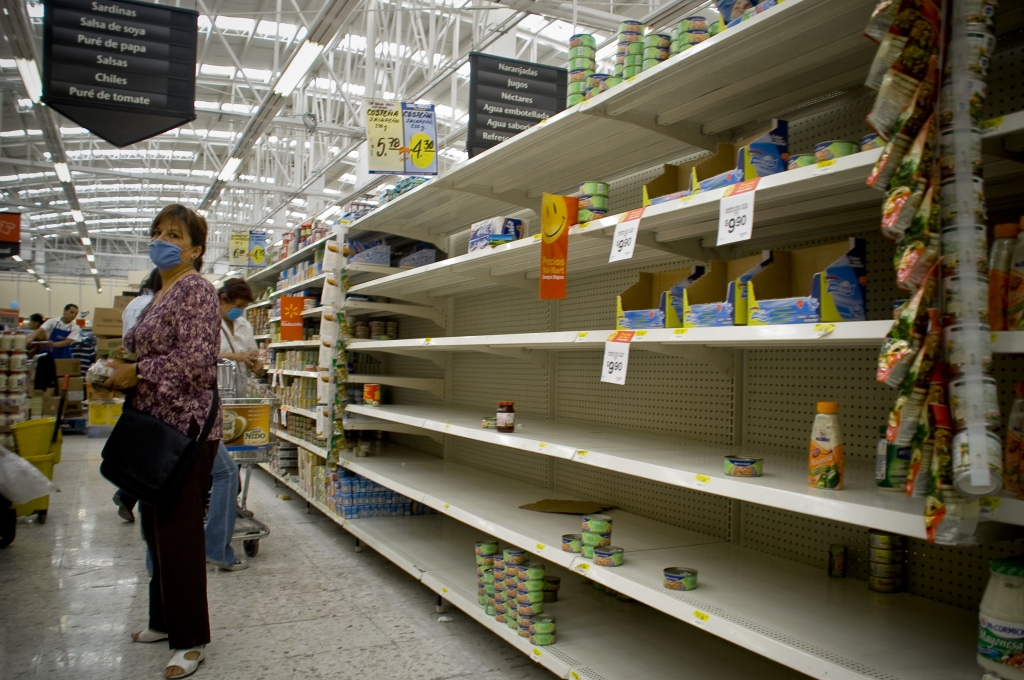 The Trump administration has certainly taken bold steps towards foreign policy in Latin America. Among the many topics that the U.S. Government has criticized in Latin America is the crisis in Venezuela. The United States continues to have concerns over the Venezuelan government and President Maduro, who is much to blame in the country’s ongoing economic, political, and humanitarian disaster. To be clear, Venezuela is undeniably crumbling under its current leadership and the crisis has created extreme human rights violations and regional insecurity. However, it is also no secret that the U.S. habitually turns to methods of hard power to achieve its political and economic goals, especially in Latin America. With U.S.-Venezuelan relations deteriorating since 2002 after President George W. Bush attempted a coup d’état against then-President Hugo Chavez, the US now employs harsh economic sanctions as a method to pressure President Maduro to leave power. Sanctions are defined as economic as well as political and military consequences that are imposed to change political and/or military behavior (Haas). Sanctions are often used by the United States and in the case of Venezuela, in the hopes of reinforcing human rights and replacing the government. Although the U.S. has imposed sanctions against Venezuela in the name of political freedom, human rights, and democracy… are they truly effective?

As it turns out, the answer is not simple. One concern with the effectiveness of the sanctions is that they profoundly hurt the population that the international community is most concerned about: the Venezuelan citizens. According to the U.S. Department of State, the sanctions against Venezuela “deny the Maduro regime a critical source of financing with which it maintains its rule, restrict the Venezuelan government from using the U.S. system to restructure existing debts, and protect the U.S. financial system from complicity in Venezuela’s corruption and in the impoverishment of the Venezuelan people” ("U.S. Relations"). However, these sanctions further isolate the country into failure, incentivize collaboration with U.S. adversaries, and greatly increase the impoverishment of Venezuelans.

According to the U.S. Census on foreign trade, U.S. trade with Venezuela has been rapidly decreasing from $17,517 million USD in 2012 to $4,169 USD in 2017 ("Trade in Goods"). Maduro took power in 2013 and although the U.S. continues to have some oil interests, it is keen for Maduro to be ousted and therefore continues to use isolationist tactics. As Maduro loses some political and economic policy options due to U.S. isolationism, it is not surprising that other world powers, especially Russia and China, have stepped in to gain power and influence in one of the most oil rich countries in the world. In November 2017, Russia helped Venezuela by restructuring $3.15 billion dollars in debt ("Russia and Venezuela"). Meanwhile, China has played more of a laissez-faire approach to Venezuela with business negotiations unaffected by the consistent human rights violations by the government. On the other hand, the Trump administration has stopped U.S. financial institutions from buying Venezuelan stocks, bonds or granting loans to government and state-owned oil companies (Anderson). With two major powers cooperating with the Maduro government, the U.S. and European powers, despite their best efforts, are not incentivizing Maduro to leave power. Instead, more economic pathways are being paved between Venezuela, China, and Russia to pursue state-centric interests while millions of Venezuelans suffer.

Although the United States has implemented recent attempts at stifling any hopes for economic growth, the U.S. has attempted to provide humanitarian aid to Venezuelans. In 2015, Maduro overtook full political control of the country. Since then, United States has been increasing aid to Venezuela by roughly $1 million each year to support democracy, human rights, and governance. ("Venezuela Foreign"). These subcategories are essentially anti-Maduro aid to Venezuela. The allocations of money are primarily from the Department of State and USAID, which plans to spend $9 million in fiscal year 2019. However, President Maduro is refusing to accept international aid despite the dire conditions of the Venezuelan citizens. Perhaps Maduro does not want to admit weakness, suggest failed socialist policies, or legitimize the opposition’s argument that he should be removed from power. Nonetheless, the United States should not continue to suppress Venezuela under economic conditions because mortality rates are increasing, food shortages are rampant, and nearly a million of Venezuelans are internally or externally displaced persons. As the snap elections being held on May 20th draw closer, the United States and the international community must re-evaluate the little progress they have made using economic sanctions and start helping the people that truly matter in this disaster.

Written by Alexis Takoushian. Alexis is a sophomore at the University of Pittsburgh majoring in Political Science and Spanish Language with a Certificate in Latin American Studies. She recently completed the semester-long Brackenridge Fellowship through Pitt’s University Honors College in which she researched foreign intervention in the Venezuelan crisis. During summer 2018, she plans to conduct research surrounding political attitudes in indigenous communities in Valladolid, Mexico through Pitt’s Center for Latin American Studies. After graduation, she hopes to pursue a degree within the field of international law.