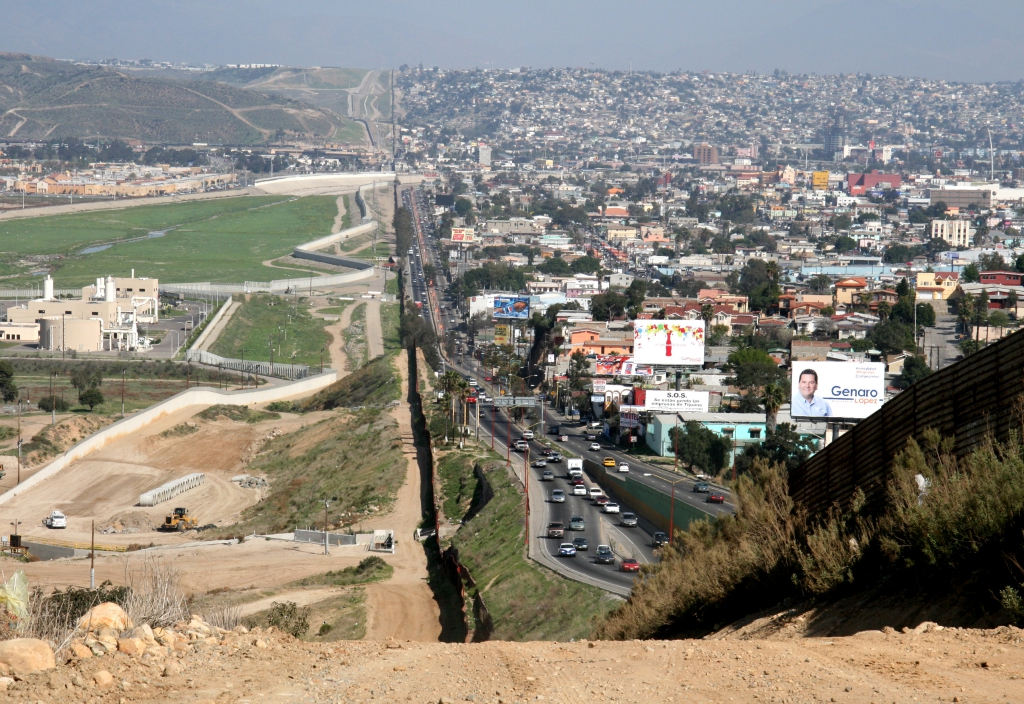 Since coming into office, United States acting President, Donald Trump, has seen a substantial amount of challenges to some of his foreign policy proposals. This includes the Supreme Court blocking of his executive action travel ban from six Muslim-majority countries in 2017. Trump took a strong anti-immigration stance in his 2016 campaign for office, criticizing Democrats as soft and lenient and allowing immigrants to cross the U.S. border without any repercussions. Trump has also received national and international criticisms for the conditions of detention centers in which many Latin American migrants have been detained. Throughout his time in office, the Supreme Court has limited his executive power, but in a recent turn of events, the Supreme Court has allowed Trump’s ban of asylum seekers from Central America.

For a country that has turned so strongly against newcomers, the United States past has seen sweeping amounts of immigration. From the arrival of Christopher Colombus and the Spaniards in 1492, who annihilated the civilizations and cultures of natives that came before them, to the forced migration of slaves from Africa, to the 24 million immigrants that arrived during the Great Wave between the early 1900’s and 1950’s, the United States is a fusion of multicultural backgrounds. So what has the United States immigration policy looked like and why is it beginning to change?

When considering Immigraiton law and reform, it's important to recognize the different forms and types of policies. The United States treats different types of immigrants differently. For example, the U.S. Refugee Act of 1980 establishes that refugees, or people that have been forced to leave their country for reasons of war, persecution, or natural disasters, shall receive particular treatments including effective resettlement. According to the American Immigration Council, every year Congress and the President “determines the numerical ceiling for refugee admissions”. Asylum seekers also receive distinct treatment from other immigrants. Asylum seekers are those that flee their country and enter another, then applying for asylum or the right to international protection. Another form of immigration policy that has been granted to different Latin American countries is Temporary Protected Status (TPS). TPS grants temporary legal status to the people of countries that have experienced an armed conflict or a major natural disaster (National Center for Biotechnology Information). Temporary Protected Status has been granted to those in El Salvador, Honduras, and Nicaragua due to different reasons, including civil war and natural disasters. When we have a discussion about Latin America, it's also imperative to question why Central American immigrants are not commonly considered refugees or asylum seekers. Though seeking protection in a very similar way as refugees, due to violence or threats in their home area, our government is much more reluctant to give Latin American immigrants these specialized protections. The United States has played a role in many Latin American countries politics, especially in regards to supporting right wing dictatorships. This support of dictatorships and the repression these dictatorships have caused has likely had long lasting effects that have stimulated migration from Central America to the United States, however the U.S. refuses to take responsibility.

The growth of Latin American immigration to the United States in the past decade is undeniable. In relation to the Latino population that resides in the United States, the Pew Research Center states, “Since 1960, the nation’s Latino population has increased nearly ninefold, from 6.3 million then to 56.5 million by 2015” (Flores 2017). This recent surge of authorized and unauthorized immigration begs the question: why are so many Central Americans immigrating to North America?

There are many reasons that one would immigrate including job opportunities, family connections, instability in their native region, or even to flee violence or crime. But, it is fundamental to remember that immigration is generally not easy, and those immigrating are those that are sacrificing a lot to seek better opportunities for themselves. An often overlooked question is how the United States foreign policy towards Latin America has prevented their own self-government and thus in a sense has aided to the political instability of the region. A study entitled, “Latin American Immigration to the United States” by the NCBI infers that the United States immigration policy has itself caused immigration. “The growth of undocumented immigration since 1960 is not only a distinctive feature of the current wave of mass migration, but also a direct consecuence of selective enforcement of U.S. immigration laws” (Tienda 2013). Since coming into office, Donald Trump has been sure to vocalize the pressure he is putting on the U.S. Border Patrol and the Immigration and Customs Enforcement to enforce the deportation of undocumented immigrants. The study continues stating, “unauthorized entry provides an alternative pathway to the United States, one greatly facilitated by the existence of strong social networks that were fortified over decades of relatively unrestricted migration” (Tienda 2013). The current stigmatization of undocumented immigration and the dangerous rhetoric Trump uses to alienate these migrants has tremendously harmed the Latino population. Trump’s inflammatory rhetoric has caused a vast amount of criticism toward immigraiton status. Domestic and international politicians have been fast to call this rhetoric dangerous, but in a surprising turn of events, the Supreme Court has justified one of Trump’s new policies.

Aftering being blocked by a different asylum policy in July 2019, Donald Trump has offered a new way to restrict Latin American immigration to the United States. According to BBC World, “The U.S. Supreme Court has allowed the government to severely limit the ability of migrants to claim asylum”. This latest action will have severe repercussions to those who are fleeing from violence. BBC continues, saying, “The policy bars people arriving at the US southern border from seeking protection if they failed to do so in a country they passed through en route.” This places pressure on migrants to migrate within Latin America, instead of north to the United States. However, this ignores the idea that these migrants may have family in the U.S. or may not be safe in neighboring countries. Mexican immigrants are unaffected by this new policy, however those in El Salvador, Guatemala and Honduras will not be allowed to apply for asylum unless they have applied for asylum in the country they traveled through, generally Mexico, and been denied (Liptak 2019). Trump’s rhetoric on immigration has included many Latin American countries, but has focused heavily on Mexico, but according to the New York Times, the number of migrants from Mexico detained at the U.S. Mexico border have been much less than the number of migrants from Guatemala, Honduras and El Salvador. “The Border Patrol has arrested 419,831 migrant family members from those three countries at the southwestern border so far this fiscal year, compared with just 4,312 Mexican family members” (Liptak 2019). Trump’s focus on the U.S. Mexico border has also recently paid off for his administration. The Supreme Court also granted the administration to begin the Border wall project. According to The New York Times, “In July, the court allowed the administration to begin using $2.5 billion in Pentagon money for the construction of a barrier along the Mexican border” (Liptak 2019). This project will most likely be continued if Trump is re-elected in 2020, and may be used in his campaign as a victory for his government.

These latest events in immigration policy have been overshadowed by recent news, but are critical to many immigrants that are trying to enter the United States. The support from the Supreme Court will most likely cause an increase of migrants from Honduras, El Salvador and Guatemala to seek protection in Mexico, but it could also increase the amount of migrants that come to the United States and do not seek asylum or documented status due the unacceptance of their application. This policy furthers the United States limitation of immigration and perpetuates the reputation that immigrants are not welcomed under Donald Trumps presidency.