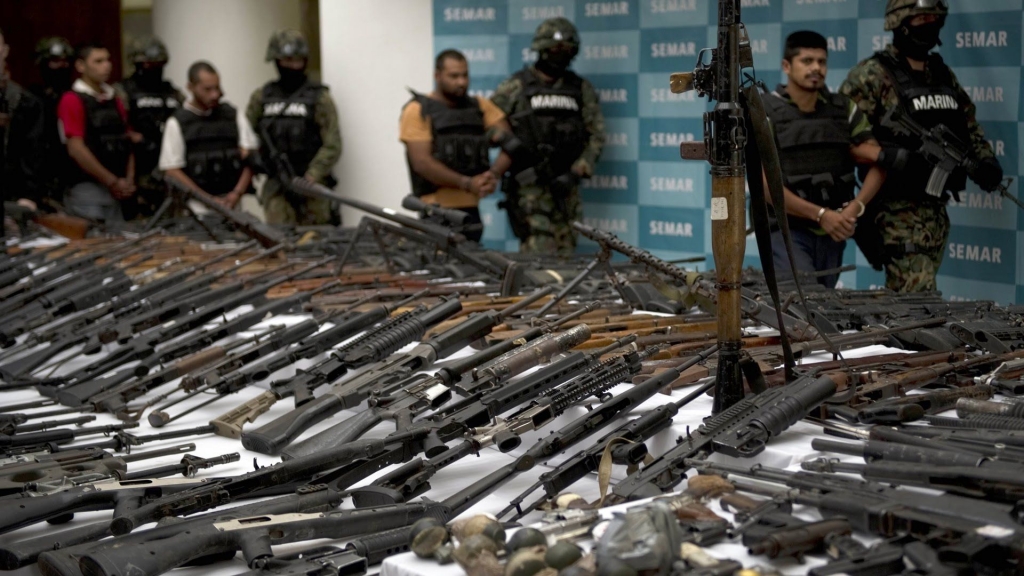 The United States can’t seem to agree on policies surrounding gun control. Regardless of a person’s political party, economic status, heritage and age, US citizens are divided over the nation’s stance on gun laws. Just over half of the US population believes that gun laws should be stricter, while about 18% believe these laws should be less strict. The remaining population seems to believe that the current gun laws are about where they should be (Parker, Horowitz, Igielnik, Oliphant, and Brown, 2017). With mass shootings becoming a more and more frequent occurrence, it’s no wonder that there is such a debate surrounding the process of selling and buying firearms in the United States. However, US policies on gun control have a large influence even outside of the US. According to a report by Reuters, the majority of the guns that illegally enter Brazil and end up in the possession of drug traffickers and armed thieves among other criminals come from the United States (Paraguassu, 2018). These criminals are the cause of at least 95% of Brazil’s 40,000-gun related deaths per year (Crime Prevention Research Center, 2015).

Despite one of the highest rates of gun related deaths in the world, Brazil has relatively strict gun laws compared to the United States. In order to legally own a gun in Brazil, a person must apply for a permit, which will only be approved if the applicant has a fixed address, proof of legitimate income, no criminal record, passes a mental health test, provides proof that he or she knows how to control and shoot a gun, evidence of why he or she needs a gun, and even if a person fulfills all of these requirements, the police can arbitrarily deny the request (Garcia-Navarro, 2016). Although only a small percent of Brazilians legally own guns, thousands of guns are illegally brought into the country, the majority of which come from the US.

Most of the guns that end up in Brazil from the US are shipped through a third country, most commonly Paraguay, which is not only the most common stop for US arms en route to Brazil, but also Brazil’s second largest supplier of guns due to more relaxed trade regulations between the countries. United Nations and the Latin American Trade group Mercosur hope to create stricter regulations in the coming years with the hope of limiting the illegal importation of weapons. Both Paraguay and Brazil are also cooperating on bilateral trade agreements that aim to lessen the number of illegal arms passing between the nations (Brazil Monitor, 2018). Although international trade regulations may be the most direct way at tackling the issue of gun violence in Brazil, Brazilian legislatures are promoting reforms to internal gun control laws.

Despite Brazil’s devastating gun violence, Brazilian politicians are debating whether to make their gun laws less strict, modelling the laws after those of the United States. Their hope is that with more guns in the hands of civilians, Brazilians will be able to defend themselves against armed criminals. While this is the same argument as in many of the U.S. gun control debates, many fear that not only will this have a minimal effect on Brazilians actually defending themselves against violent criminals, but that it will cause an increase in suicides as well as homicides between domestic partners. Additionally, a majority of the victims of gun violence have opposing views with regard to gun control compared to the views of the politicians proposing these reforms (Garcia-Navarro, 2016).

Most of the victims of gun violence in Brazil are young black men. Fabio Ataide, a judge in Natal, and Ivan Marquez, the director of the Sou da Paz Institute both claim that a loosening of gun laws will lead to more deaths of young black men in Brazil. They claim that people are often misguided by paying attention only to the decrease in violence against white Brazilians and wealthier neighborhoods, while “black Brazil is seeing an explosion of violence”. Marques believes that the solution to gun violence against black Brazilians is “better policing and better governance in poor communities” (Garcia-Navarro, 2016). Certainly, younger Brazilians and black Brazilians are the most targeted group of people, as nearly 60% of the victims were between the ages of 15 and 29 years, and black citizens were 142% more likely to be shot than white citizens (Crime Prevention Research Center, 2015). To many Brazilians it seems that the problem is not necessarily strict gun laws, but a lack of adequate consequences for those who commit violent crimes, as well as a lack of incentives for giving up illegal firearms.

The Brazilian government has taken steps to provide incentives for citizens to give up illegal firearms in recent years by implementing firearm surrender schemes (Meyer, 2010). The campaign provides for the voluntary disarmament of Brazilian Society, where firearms can be voluntarily given up at about 2,000 different collection points around the country. By sharing the stories of the lives of families and children who have suffered due to gun violence and the slogan “Protect your family, disarm yourself”, Brazilians are hopeful this campaign will decrease gun violence in the country. Previous disarmament campaigns have shown a decrease in homicide rates during the time they were implemented, making these new campaigns very promising to cause a decrease in gun violence (Library of Congress, 2018). Prison reform and a decrease in corruption scandals will certainly lead to a decrease in gun related violence, however, these issues are much too complicated to expect major changes within the next several years. The most that Brazilians can hope for in the time being is for gun control reform in Brazil and the United States, and improved bilateral trade regulations and stricter regulations on trade in the Mercosur trade group.

Crime Prevention Research Center. (2015, Nov. 2). “Will Brazil, long having some of the

strictest gun control in the world and one of the highest murder rates, finally liberalize its gun laws?”. Crime Research. Retrieved from https://crimeresearch.org/2015/11/will-brazil-long-having-some-of-the-strictest-gun-control-in-the-world-and-one-of-the-highest-murder-rates-finally-liberalize-its-gun-laws/. [Accessed Jan. 10, 2018].

Library of Congress. (2018). “Firearms-Control Legislation and Policy: Brazil”. Library of