US Aid to Venezuela and Troops in Colombia 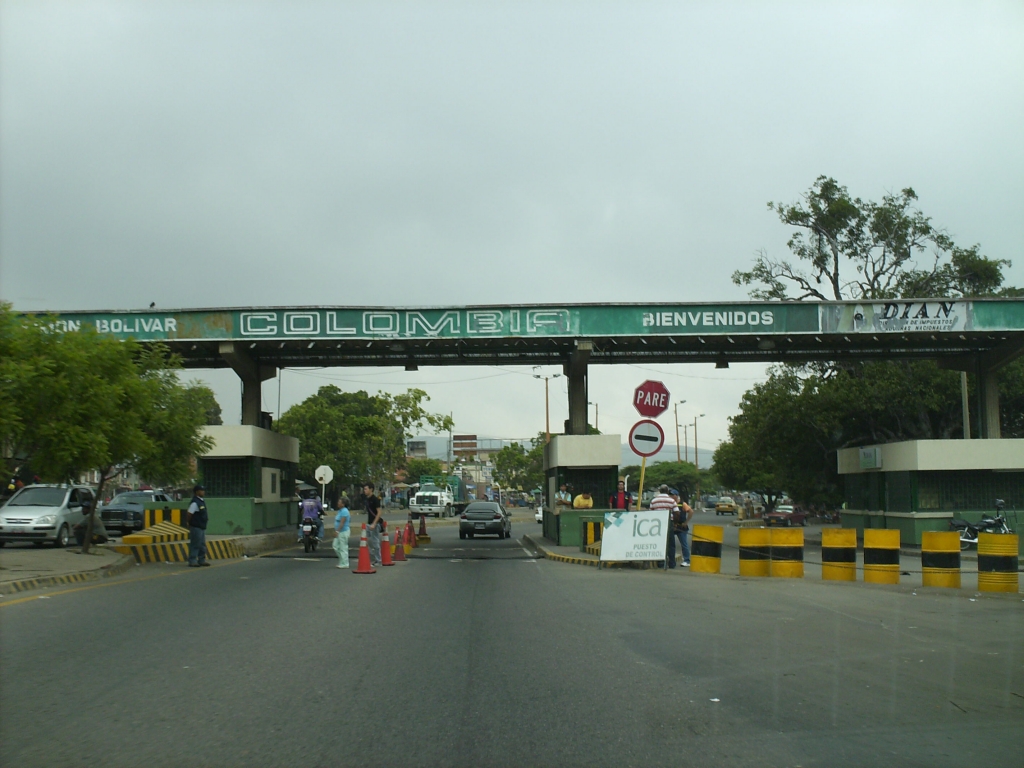 The humanitarian crisis in Venezuela is reaching an all new level of severity. International ties between Venezuela and foreign actors have never been more complicated. Current Venezuelan authoritarian leader, Nicolas Maduro began a second term in January of this year, though most nations do not recognize the legitimacy of the highly controversial election. Just 13 days after Maduro declared his second term of Presidency, opposition leader Juan Guaidó declared himself the interim president. The United States President Donald Trump as well as many other national leaders have recognized Guaidó as Venezuela’s official President. With two opposing Presidents, and vastly different policies, U.S. Venezuelan relations are strained (Al Jazeera, 2019 (1)).

When it comes to U.S.-Venezuelan relations, Trump’s seemingly favorite phrase is “all options are on the table” referring to his administration’s efforts to apply pressure to Maduro through economic sanctions and efforts to supply aid (Al Jazeera, 2019 (2)). Following the U.S.’s recognition of Guaidó as President, as well as efforts to pressure Maduro into defeat, Maduro broke off all diplomatic ties with the U.S., announcing that U.S. diplomats had 72 hours to leave the country and called to his supporters to “defend the homeland”, denouncing any and all foreign intervention or aid to the country (Al Jazeera, 2019 (1)). Guaidó, on the other hand, has vowed to open humanitarian aid routes into the country to attempt to provide relief for the suffering nation. He warned the Venezuelan military that any attempt to block such aid is “a crime against humanity”, and added that attempting to do so would make the military “almost genocidal” (VOA News, 2019). The alternating efforts between Maduro and his military support and the United States and Guaido have put Venezuela’s neighbor, Colombia, in a challenging situation.

The city of Cúcuta, Colombia, has become a frontline for the efforts of the U.S. as well other international actors to bring aid into Venezuela. The Colombian city of about 750 thousand citizens has become the first stop of humanitarians working to bring aid into Venezuela, and potentially, 5,000 U.S. troops (Rosenberg, 2019). The first step of the opposition’s plan to test the Venezuelan military’s loyalty was to send humanitarian shipments across the border. However, on February 6, members of Venezuela’s Bolivarian guard blocked the Tienditas International bridge (the connection between Colombia and Venezuela from Cúcuta) using a fuel tanker and two shipping containers (Phillips, 2019). A shipment of U.S. humanitarian arrived in Cúcuta on February 7th leaving for Venezuela shortly afterwards. On February 11th, Guaidó announced that the first shipment of aid had successfully been delivered, though would not specify how the aid was delivered as the Tienditas bridge was still blocked. In response to the announcement of U.S. aid being shipped to Venezuela, Maduro, who referred to the aid as a “Trojan Horse”, had several points to make regarding the efforts. He accused the U.S. Government of organizing a coup, and instructed them to “take all that humanitarian aid and give it to the people of Cucuta, where there is a lot of need…” as well as claiming that “Venezuela is not suffering the humanitarian crisis made up by Washington over the last four years to justify intervening in our country” (Grattan, 2019). Although the U.S. and Guaido plan to continue to send aid across the border into Venezuela, the United Nations warns against using humanitarian aid a political tool, stating that “humanitarian action needs to be independent of political, military or other objectives… When we see the present standoff it becomes even more clear that serious political negotiations between the parties are necessary to find a solution leading to lasting peace for the people of Venezuela” (Phillips, 2019). Not only is aid in the queue to be shipped across the Colombian border to Venezuela, but the U.S. has begun talks of sending troops into Cúcuta as well.

During a White House briefing on January 28th, U.S. National Security Advisor, John Bolton, could be seen holding a notepad on which was sketched the words “5,000 troops to Colombia”. Though Pentagon officials say they have not yet received any orders to send troops to Colombia, the publicity of these notes raise the issue of U.S. military intervention in Latin America, a very historically controversial topic. Likely in response to the notes, Bolton tweeted the evening of the note’s publicity that the U.S. would “pursue all paths” to disconnect Maduro from the Presidency and to support Guaidó and the Venezuelan people through resources and support to return democracy to Venezuela (Rosenberg, 2019). Although Trump had mentioned using military intervention in Venezuela several times in 2017 and 2018, the threat of sending U.S. troops could simply be a plan to intimidate Maduro. Currently, aside from Bolton’s notes, there is no indication that troops will be sent to the Colombian border with Venezuela, other than Trump’s comments that sending troops “is an option” (Woody, 2019). In addition to the humanitarian aid recently delivered to Venezuela, the U.S. had also sent a U.S. Navy Hospital Ship to Colombia to give free medical care to Venezuelans who had fled across the border into Colombia (Parkin Daniels, 2018). The Hospital Ship, which has since returned to the U.S., resulted in an increase of tensions between Venezuela and the U.S. even before Guaidó’s declaration of interim presidency.

Although other countries bordering Venezuela and around the world plan to assist Guaidó in his efforts to provide much needed aid to the Venezuelan people, the U.S. and Venezuela have perhaps one of the most hostile relationships at the moment. U.S. intervention in foreign countries, particularly Latin America, is a heavily disputed manner. However, the humanitarian crisis in Venezuela and the cooperation between the U.S. and Guaido may work to provide some desperately needed relief to the country in severe turmoil.