'Trial of the Century' (Part II): The Highlights of El Chapo's Historic Trial 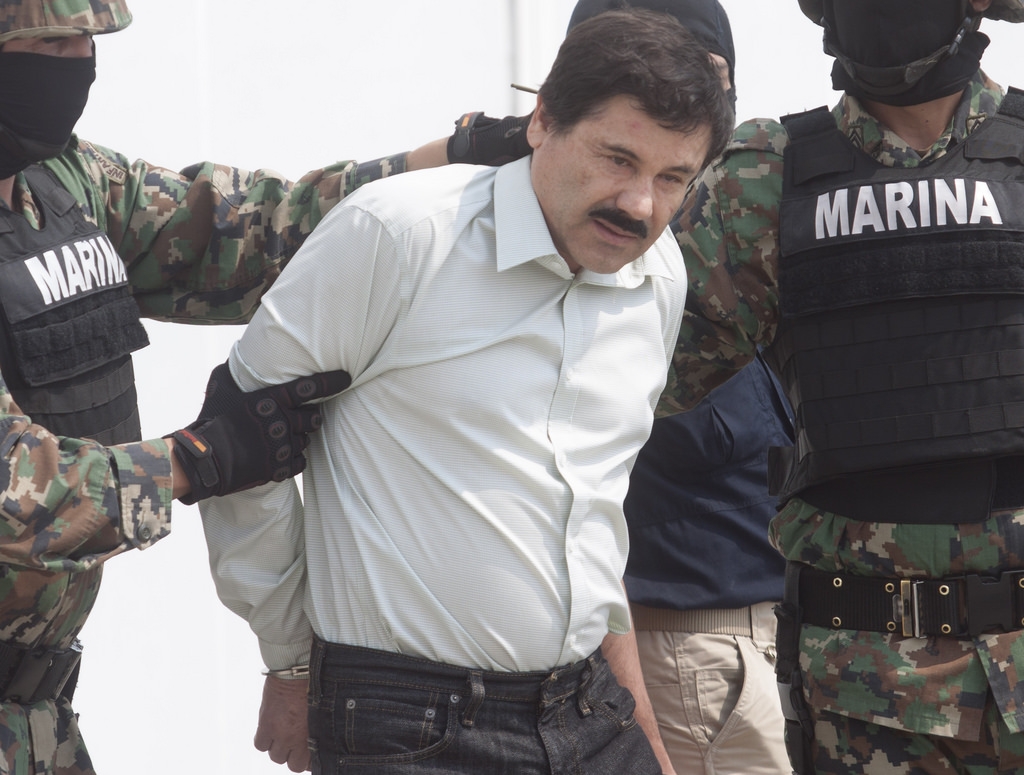 The trial of El Chapo was a riveting one, and a known international drug lord has finally been brought to justice, bringing great relief to anyone who has been affected by his crimes. Now, as Guzmán awaits his sentence and as we keep our fingers crossed that he cannot escape a U.S. prison, it is the ideal time to look back and review some of the funniest, most disturbing, and most confusing things that came up over the weeks since the trial began in November.

1. The extent of his wealth

It’s undeniable that El Chapo was incredibly wealthy at the height of his career. However, prior to the trial few people understood the true extent of the glamorous and absurd things that he spent his money on. Throughout the years following his escapes, Guzmán spent much of his time between his various luxurious estates, hidden in the mountains and protected by armed security. According to witness Miguel Ángel Martínez, a former associate, El Chapo had a massive villa in Guadalajara which had tennis courts, a pool, and a zoo. This zoo reportedly had tigers and lions and other exotic animals, and Guzmán would apparently ride around the zoo in ‘a little train’ (The Guardian). He also had a diamond-encrusted pistol.

In late January, Alejandro Edda, the Mexican actor who plays El Chapo himself in the hit Netflix series Narcos: Mexico actually came to see Guzmán and the trial for himself. El Chapo was reportedly thrilled to see that Edda was there, as the drug lord has always bragged about his notoriety and has wanted a biopic made about his life. Edda, who strongly believed that El Chapo was guilty, apparently used binoculars to watch the man himself as he stood trial (The Guardian).

Though this was not related to the trial itself, in January reports emerged that when he was cartel leader, El Chapo would pay for sex with girls as young as 13 years old. According to his former personal secretary, on multiple occasions Guzmán and his partners would invite young girls to his estates and drug them with a ‘powdery substance’ before engaging in intercourse. He would reportedly pay as much as $5,000 for time with the young girls. This report also implicated one of the prosecution’s key witnesses, Alex Cifuentes, who allegedly would regularly help El Chapo, or would do the same thing with girls as young as 15. El Chapo reportedly would call these young girls his ‘vitamins’. The former secretary who detailed this crimes is a woman known in the cartel as ‘Comadre María’ (El Periodico). These allegations were not technically a part of the state’s case and therefore were not included in the trial itself; however, they did surface just before the jury began deliberations, causing outcry from the defense.

On a lighter note, it was also revealed during the trial that the powerful and famed kingpin used mustache dye, shattering the illusion for many who admired El Chapo’s famously robust mustache. This fact arose when the prosecution was exploring text messages between Guzmán and his wife following a raid of one of his villas in 2012. According to the text messages, Guzmán sent his wife a list of things that he needed her to buy from the store—one of which was mustache dye (The Guardian).

A big theme throughout El Chapo’s trial was the amount of money paid by him and other members of the Sinaloa cartel to bribe corrupt political officials. The most profound accusation was made by former Colombian drug lord Alex Cifuentes, a key witness in the state’s case. Cifuentes asserted that El Chapo paid a bribe of $100 million to then-President Enrique Peña Nieto, which reportedly convinced Peña Nieto to call off a manhunt of the cartel leader (New York Times). He actually claimed that Peña Nieto reached out to El Chapo first to request a bribe for this reason, and that they eventually negotiated a deal so that Guzmán would not have to stay in hiding. Later on, Cifuentes also casually noted that El Chapo had paid at least $10 million dollars to the Mexican military to kill members of rivaling cartels.

29-year-old Emma Coronel Aispuro, El Chapo’s young wife, was a beauty queen as a teenager and married the drug lord in 2007 when she was 18. She has shown solidarity and stayed at her husband’s side throughout the trial, which included detailed descriptions of his affairs and the emotional testimony of one of his mistresses. When he was found guilty on Tuesday, he was promptly led out of the courtroom by U.S. Marshalls—and as he left, he looked to his teary-eyed wife, who nodded at him and gave him a thumbs up (Time).

It is abundantly clear that El Chapo is very good at evading authorities and making narrow escapes. This came up at a funny moment when the lights unexpectedly went out in the courtroom during the trial’s proceedings. When the lights came back on a moment later, someone in the gallery shouted, “He’s gone!” Of course, he was still there. But it brought some light humor to an otherwise very heavy case.