The Trajectory of the Workers' Party: Change and Challenges of the Social Democracy

The arrival of Luiz Inácio Lula da Silva and the Partido dos Trabalhadores (Workers' Party, PT) at the helm of the Brazilian federal government in 2003 represented the culmination of a slow and deep-rooted process of party transformation. The article ‘An Amphibian Party? Organisational Change and Adaptation in the Brazilian Workers' Party’ (Journal of Latin American Studies, 46(1), February 2014) draws on both endogenous and exogenous factors to explain the organizational changes in the PT between 1980 and 2012. The central argument is that the PT’s accession to the federal government was the result of slow, gradual and durable institutional change processes. Based on Panebianco’s distinction, some changes are regarded as contingent and associated with inevitable developments in a party that had grown and entered the spheres of government. Nevertheless, the article also emphasizes the strategies consciously adopted by the dominant coalition that controlled the PT since 1995. These strategic decisions paved the party’s path to the federal government and were central not only to Lula’s election but also to the governability of his administration. If entering legislative and sub-national executive office was a major factor in transforming the PT, then winning the Presidency of the country also had consequences. Some, like Lula’s personal popularity, worked in the party’s favor, but others, such as the corruption scandal of 2005-2006 (the mensalão), had serious implications. The text thus also explores some of the challenges and pressures faced by the PT during the eight years of the Lula government (2003-2010).

When it was founded in 1980, PT was a clearly anomaly against the backdrop of the history of Brazil’s party system. The Lula’s party was created with a complex organization: local cells to the rank-and-file members; a nationally centralized decision-making structure; institutional channels for grassroots participation, with representative meetings at the local, state and national levels; close linkages with organized society (mainly the unions); an intense internal life; and a strong and voluntary activism. In other words, PT was the first Duvergerian mass party in Brazilian history. As early as the 1980s, the PT had already built a distinct brand compared with its competitors, which boosted its share of votes primarily for legislative office. Replacing radical, working-class rhetoric with a more moderate and inclusive discourse, the PT progressively increased its representation at the local, state and national levels in both legislative and executive elections. Beginning in the 1990s, the PT went from being a party active in medium-sized and large cities, with its votes concentrated in the south and southeast regions, to reaching out to rural areas and less socio-economically developed states, such as the states in northeast Brazil. Lula’s inauguration as head of the Brazilian federal government in January 2003, having won the presidency with more than 52 million votes (61 per cent of the valid votes), represented the culmination of this process. If the strengthening of the PT was crucial for the success of this charismatic former factory worker, the Lula era, in turn, contributed to making the party vote more widespread nationally and to taking the petista organization to the whole country.

This trajectory was not without some ‘growing pains’. The transformation of the PT has been analyzed since the 1990s from a number of different angles, but the organizational approach has been somewhat neglected, as a few authors have used reliable empirical data to systematically study the process by which PT developed and transformed itself organizationally in the 1990s and the 2000s, with a national perspective.

In theoretical terms, the article employs an institutional approach. The party’s organization at any given moment and the changes it undergoes are variables that depend on three sets of factors: (1) the party’s genetic model, development and historical legacies, such as the previous decision-making structure, which limit the freedom of action of internal actors; (2) external factors such as legal frameworks, electoral circumstances and socio-economic contexts that generate pressures, incentives and opportunities for the party; (3) the strategies of party leaders, especially the dominant coalition, which are constrained by the historical legacy, internal and external institutions and external pressures.

Three hypotheses were examined in the article; each of them was disaggregated in several empirical indicators. In the first analytical dimension (political linkages), the hypothesis was about the increasing reliance of PT on state links, and the corresponding weakening of its societal ties. Funding structure, party communication, the internal rules about societal linkages, the professionalization of middle-level leaders and the linkages with social actors were the main indicators examined. In the second analytical dimension (internal organization), one hypothesis was the strengthening of the national leadership and the ‘party in public office’ (public office holders), and the weakening of the party grassroots. The indicators related to this hypothesis were: the control of party human resources, the decision-making rules (leadership x grassroots), the dominance of national bodies by public office holders, and the membership and organizational spread. The second hypothesis in this analytical dimension was about the Michels’ iron law of oligarchy, applying some specific indices to measure the levels of stability and change of leaders in PT national organs.

As general findings, the article concludes that PT has moved closer towards the state, with a relative weakening of its linkages with society. The societal ties that are at the roots of the party have not been severed, but for today’s PT the linkages to the state are more vital, turning upside down the relationship that marked the party’s foundation. However, although increasingly adapted to the terrain of the state, as a kind of ‘amphibian-party’ the PT can still swim in the waters of civil society through its strong linkages with trade unions and social movements - ties that remain stronger than those of its competitors.

Compared with other Brazilian parties, the PT’s structure was more permeable to ascending pressures, from the base to the leadership. The 2001 statute introduced the direct voting for the selection of party officials in all party levels. This change represented a revolution in the PT internal decision-making structure, as it enhanced the autonomy of the leadership (especially at the national level), undermined the position of middle-level leaders, and weakened the mechanisms of intraparty accountability, which had until 2001 their main locus in the meetings - since then with no relevant functions. This ‘plebiscitary democracy’ and the relaxation of membership criteria are contributing to transform the profile of the rank-and-file members, from ‘high-intensity’ activists to less participative and atomized members. The PT’s internal governing bodies may be autonomous from the rank-and-file, but are increasingly dependent on the party in public office. Initially, the party bodies attempted to control their MPs and sub-national administrations; today, public office holders dominate the core party bodies. On the other hand, the current PT is less centralized nationwide. If the state-level strategies are still connected to the national dynamics, greater autonomy has been granted to the party local branches.

The PT’s transformation is explained by both endogenous and exogenous factors. Some of the most important external factors are the constraints and incentives that caused the entire Brazilian party system to be dependent on the state; new channels of expression and participation that challenged parties throughout the world; the Brazilian electoral scenario; the world crisis of socialism; and the reduction in the activism of organized social actors. The weakening of societal linkages may also be a result of the PT’s transformation in relation to some historical positions (primarily from 2003 onward), which may have deviated certain actors from the petista sphere. Among the endogenous factors, the strategic decisions of the dominant coalition (Campo Majoritário) beginning in 1995 should be highlighted, as they centralized the internal power and increased the autonomy of the PT leadership.

Several of the described transformations have caused the PT to become more similar to the other major Brazilian parties. However, political parties change slowly, and certain traces of their genetic models persist; as noted by Steven Levitsky, highly institutionalized labor-based parties with strong bureaucratic structures tend to show a reduced capacity for change and adaptation to environmental transformations compared with poorly institutionalized parties. The historical legacies of the petista organization and project should be considered not only to understand the options and extension of the adaptation processes conducted by the party elites but also to understand the permanence of certain peculiarities. Besides, the adoption of intraparty direct voting made the PT structure even more exceptional in the Brazilian scenario - and it is still the most democratic. Therefore, one cannot consider that a ‘normalization’ of the party has occurred: as a hybrid model, the PT remains an anomaly in the Brazilian party system.

After 12 years at the helm of the federal government, the PT has not yet made its official aggiornamento, its ‘Bad Godesberg Congress’ to adjust its program to the experiences in federal government with Lula (2003-2010) and Dilma Rousseff (2011-). A relative relaxation in the liberal prescriptions of macroeconomic management (but without a radical shift), the adoption of aggressive social policies, the conciliation of interests of antagonistic social groups, and increased state intervention in society and economy, led by a party umbilically linked to their union bases. Despite the fact that PT members do not like the label (they still define themselves as socialists), 2003 marked the arrival of the Brazilian social democracy to power. The achievements of PT in the strengthening of social protection since 2003 are almost consensual. The agenda and the investments survived the corruption scandals in 2005, the international crisis of 2008 and the transition from Lula to Rousseff - at least in her first term. The biggest challenge comes now. In pessimistic national and international environments, in the midst of fiscal problems, with economic recession and rising inflation, Rousseff’s administration faces the dilemma between fiscal tightening and the maintenance of social policies. The solidity and distinctness of PT’s brand with the electorate was a competitive advantage for three decades; now, it also became a disadvantage, as the government troubles are becoming direct aversion to the party. Therefore, a big failure of Rousseff’s administration may have long-term consequences for the Brazilian social democracy.

This article was awarded the 2014 Olavo Brasil de Lima Jr. Prize, given by the Brazilian Political Science Association (ABCP). The research was supported by scholarships from the National Council for Scientific and Technological Development (CNPq), the Coordination for Improvement of Higher Education Personnel (CAPES) for a research stage at the University of Salamanca (Spain), and from the State of São Paulo Research Foundation (FAPESP, Research Project n. 2012/05132-0). 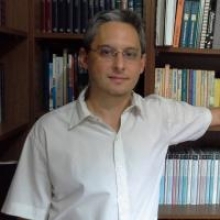 Pedro Floriano Ribeiro
Professor of Political Science at the Federal University of São Carlos (UFSCar, state of São Paulo, Brazil), teaching at the Graduate Program (MA and PhD) in Political Science. His doctoral thesis, about the Workers’ Party (PT), was awarded the 2009 CAPES Prize of Theses (Ministry of Education of Brazil). Released as a book in 2010, the work was nominated for the 'Jabuti Prize'. In 2014, he was awarded the Olavo Brasil de Lima Jr. Prize, given by the Brazilian Political Science Association. He is a CNPq and FAPESP researcher, and he writes, on an occasional basis, in the politics section of the Brazilian newspaper ‘Valor Econômico’. Webpage: http://www.researchgate.net/profile/Pedro_Ribeiro7