The Termination of an Anti-Corruption Commission in Guatemala 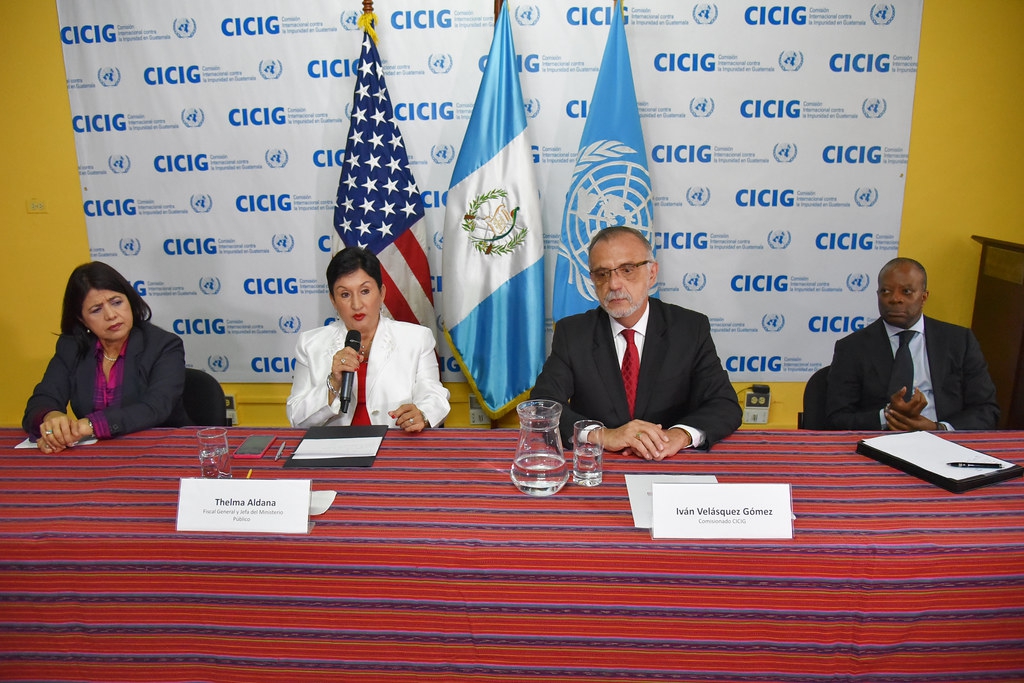 According to the Center for Strategic International Studies (CSIS), “Its [CICIG’s] goal is to combat illegal armed criminal networks, Cuerpos Ilegales y Aparatos Clandestinos de Seguridad (CIACS), that threaten democratic institutions through corruption, intimidation, and criminal violence” (Schneider 2019). CICIG has done this by supporting transparency, investigations of corruption, the stabilization of an independent justice system, and proposing public policy reforms. According to the Center for Strategic International Studies, “In CICIG’s 12 years of operation, homicides were cut by 32 percent, 60 criminal networks were dismantled, and 680 individuals were indicted” (Schneider). So with so much progress, why is CICIG’s time ending in Guatemala?

The current president of Guatemala, Jimmy Morales, was elected president in 2016 as a part of the National Convergence Front party. He ran on an anti-corruption campaign and during his time in office has governed with conservative values. Although Morales ran on an anti-corruption campaign, he has not always supported the work of the International Commission Against Impunity in Guatemala. In 2017, Morales attempted to expel the U.N. commissioner of CICIG, Iván Velásquez, after he began to investigate Morales for “illicit campaign finance” and accused him of accepting approximately one million dollars of illegal campaign funds. This action was shortly after Morales’s brother and son were charged with fraud (Schwartz, 2017). The action to expel Velásquez was unsuccessful as the Guatemalan Constitutional Court quickly rejected the demand.

The Guatemalan Constitutional Court also rejected a request by CICIG to lift Morales’s presidential immunity from prosecution. Morales’s disdain for CICIG has not stopped there. According to the New York Times, “On Jan. 7 2019, he held a news conference where he announced his decision to withdraw from a United Nations-backed anti-corruption commission [CICIG], giving its prosecutors a day to leave the country” (Goldman, 2019). Prosecutors complied with Morales’s threats; however, days later, the Constitutional Court again denied his actions. The Guatemalan Constitutional Court has proved critical in the midst of Morales’s attempts and has succeeded in limiting the power he has been able to exercise.

Since Morales’s second attempt, CICIG has been conducting its work from abroad; however, with the CICIG mandate ending in September 2019, Morales has denied the renewal of the commission, thus ending CICIG’s work in Guatemala for now. The Constitutional Court has no power to reinstate this mandate. Morales’s time in office is coming to an end on January 2020, leaving the door open for Alejandro Eduardo Giammattei Falla, another conservative politician who was elected to office in June, to continue Morales’s anti-CICIG efforts or allow them to re-enter and continue their work. Some have scrutinized Morales for only supporting candidates that were anti-CICIG during the election in June. Before the election, presidential candidate Thelma Aldana was barred from running after being accused of embezzlement, lying, and tax fraud. According to BBC World, “Ms. Aldana has worked closely with a UN-backed anti-corruption commission to try to impeach President Jimmy Morales.” Aldana was considered one of CICIG’s only hope among the presidential candidates (BBC World). With Morales out of office, he will also no longer be immune from prosecution. If CICIG were to return, a thorough investigation of Morales and his campaign could be ordered.

With the recent actions against CICIG, some are worried about the democracy of Guatemala, while others support the limitation of outside factors in Guatemala’s politics. Even though the work CICIG has done in Guatemala has been overwhelmingly positive, some question why this work can not be done internally.  Mr. Morales, who is obviously influenced by his position, “accused CICIG of being silent in the face of what he said were human rights abuses and of representing a threat to Guatemalan sovereignty and national security” (Goldman 2019). It is important to question when CICIG’s time in Guatemala needs to come to an end and to examine whether the problem has been subdued enough that Guatemala can now manage it on its own. However, Guatemalan citizens feel otherwise, “Polls have consistently demonstrated overwhelming Guatemalan support for CICIG, the most recent measuring 71 percent approval” (Goldman 2019). The immense approval of CICIG by the Guatemalan people can be interpreted as a communal trust in CICIG or as distrust in Guatemalan politicians. The termination of CICIG’s time in Guatemala, unfortunately, contrasts the preferences of a majority of the people.

The recent actions against CICIG have also stimulated a conversation regarding the role of the United States in these events. Some critics have drawn parallels between Morales and Trump as they have both ceased investigations of themselves from outside entities. Various conservative United States senators, including Marco Rubio, have said that CICIG undermines the sovereignty of Guatemala as a state and underestimates their potential as a government, while others have argued that the United States and actions by Donald Trump have enabled Morales’s movement to ban CICIG from his country.

The United States was CICIG’s most significant donor for 11 years; however, its support for the commission has since ended. Morales has built ties between his administration and Trumps’ government, following some of his international actions regarding Israel and also reporting their idea that CICIG acts like a leftist commission trying to limit a conservative government. According to the Washington Post, “As the allegations flew, Senador Marco Rubio (R-Fla.) temporarily froze $6 million in U.S. aid for the anti-corruption commission over concerns of Russian manipulation. But the state department found no evidence of wrongdoing” (Schenider). After Morales claimed he would not renew CICIG’s mandate, U.S. Secretary of State tweeted, “We greatly appreciate Guatemala’s efforts in counternarcotics and security.” Many have taken the United State’s ambiguous rhetoric and silence surrounding CICIG as support of the Morales administration. Inaction to proclaim support for CICIG is just as significant as standing against CICIG.

In analyzing the role of  the International Commission Against Impunity in Guatemala, it is a question of how much “good” CICIG brings to Guatemala, and whether this good is still needed. While CICIG has achieved many of its objectives, some wonder whether CICIG contains a similar foreign influence that has occurred in Latin America’s past under the justification of restoring democracy. Others see CICIG's work as managing disorder and overseeing proper legal procedures alongside Guatemalan government officials.

CICIG has seen overwhelmingly positive results, aiding in the eradication of corruption in Guatemala’s government and acting as an example for other Latin American countries that suffer from the same powerful elite. Only three days after CICIG ended in Guatemala, El Salvador launched its anti-corruption commission, the International Commission Against Impunity in El Salvador or CICIES (Peters, 2019). In the announcement of CICIES, the head of the OAS technical mission said, “Our biggest achievement would be that CICIES isn’t around in 10 years in El Salvador because democratic institutions have strengthened so much. We didn't come to stay; we came so that we can go” (Peters, 2019). So is it the appropriate time for CICIG to leave Guatemala? Only time will tell if the democratic institutions of Guatemala will prevent corrupt actors from infiltrating their government.