Stuck in a Cycle of Corruption: Peru's New Anti-Corruption Reform 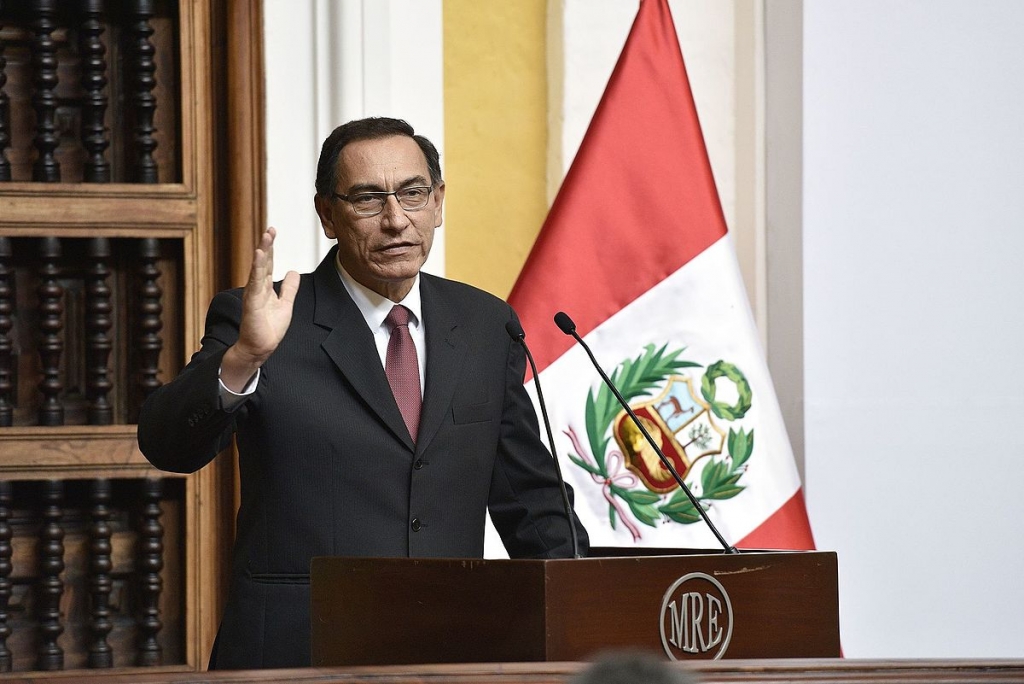 Vizcarra introduced an anti-corruption reform that would increase the checks and balances of political and judicial leaders. The mandatory voting law in Peru made sure that all eligible citizens participated in voting on this referendum. On the day the polls opened, December 9, 2019, the final amount of registered voters was 24.3 million (Aquino, 2018). These voters were mandated to vote on four proposals:

“1. Change the system used to appoint judges and prosecutors

Of the eligible voter pool, the exit poll described how 87.1% approved the second proposal for increasing the regulation of the finances done by the electoral campaign. Likewise 85% of the population voted for the first proposal regarding judicial change. The third proposal received a similar amount of support, as 85.2% voted in favor for this reform, as immediate re-election after a five-year term was not perceived as advantageous. However, the last proposal was contrastingly rejected, as this would create a second chamber in congress (Aquino, 2018). This portrays the disdain that Peruvians feel towards politicians (Collyns, 2018). However, these exit polls are noted to have a 5.5% margin of error (Aquino, 2018).

The anti-corruption sentiments are demonstrated through the results of this reform. These sentiments had been exacerbated in the months prior that were full of corruption scandals in many governmental sectors. For example, in July 2018 there was an extensive scandal among the judicial system’s main officers. This scandal revealed the phone conversations of five officials: “The chief justice of the Superior Court of Callao, a Supreme Court justice and three members of the National Magistrates Council” (Tan, 2018). The recordings gave evidence of corruption that dealt with illegal bribes to secure positions for new judges and bribes to lower sentences of criminals. The main officials in the recordings have resigned from their positions, terminated, or been suspended (Tan, 2018). While scandals among governmental leaders and the elite is not a new concept to Peru, this scandal was “one of the worst crises...in 15, 20 years” (Tan, 2018). They confirmed suspicions and eliminated any trust for officials that remained in society. Many Peruvians protested for the removal of any corrupt leader after this scandal. Thus, Vizcarra brought the people what they wanted—an anti-corruption referendum that will finally bring integrity back into their government.

The results of this poll was also a symbol of Peru’s support for Vizcarra and what he represents. Specifically, the positive results of the first three proposals represents that the people are choosing to put their trust in Vizcarra to take steps toward reducing corruption among judges and politicians. Vizcarra began as the vice president to Pedro Pablo Kuczynski who was forced to resign due to corruption accusations in March 2018. Vizcarra took this as an opportunity to fight against corruption that is rooted in Peru (Collyns, 2018). Specifically, in October Vizcarra stated that “If this government is remembered, it will be for fighting against corruption, in theory and in practice, and I stress in practice, because in theory everyone has said they will fight against corruption” (Collyns, 2018).  Thus, Vizcarra has acknowledge the tendency for leaders to campaign for anti-corruption policies, but then in reality they do little to make reform to decrease corruption. He portrays himself as the one who will be active in the movement against corruption in Peru.

Due to the extent to which corruption is present at each level in society, the outcomes of anti-corruption measures are often non-existent. Therefore, if the reforms are insincere and simply ‘for show’ then it is obvious that they will not make a significant impact in a nation.  This has been the case in past Peruvian campaigns for anti-corruption, as well as throughout the development world. Pozsgai-Alvarez describes how because political leaders are tempted to exploit their society, anti-corruption initiatives are seen to be “followed by sabotage or lack of implementation”  (Pozsgai-Alvarez, 2018). Nevertheless, Pozsgai-Alvarez does suggest that if you study the politician’s tendencies and interests, one could determine the extent to which the anti-corruption reforms have potential. In addition to recognizing this leader’s tendencies, it is important to also analyze the administration’s past actions and political preferences. This will help to develop a proper analysis that can determine the success rate of any anti-corruption proposal on a case-by-case basis. This analysis is a possible method to combat the political cycle that is present in anti-corruption measures, as nations can use this information to make well informed decisions on confronting leaders (Pozsgai-Alvarez, 2018).

Nevertheless, it is not suggested that changes will not be made by Vizcarra. The new anti-corruption reforms that he has support for may make headway in reducing corruption in Peru. However, a successful implementation of his favorable proposals will be seen if his entire administration is on the same page. If the majority of officials are not in alliance with Vizcarra’s anti-corruption policies then it is likely that Peru will continue to be trapped in the political cycle of fighting corruption.