The Stabbing of Jair Bolsonaro and the Brazilian Presidential Election 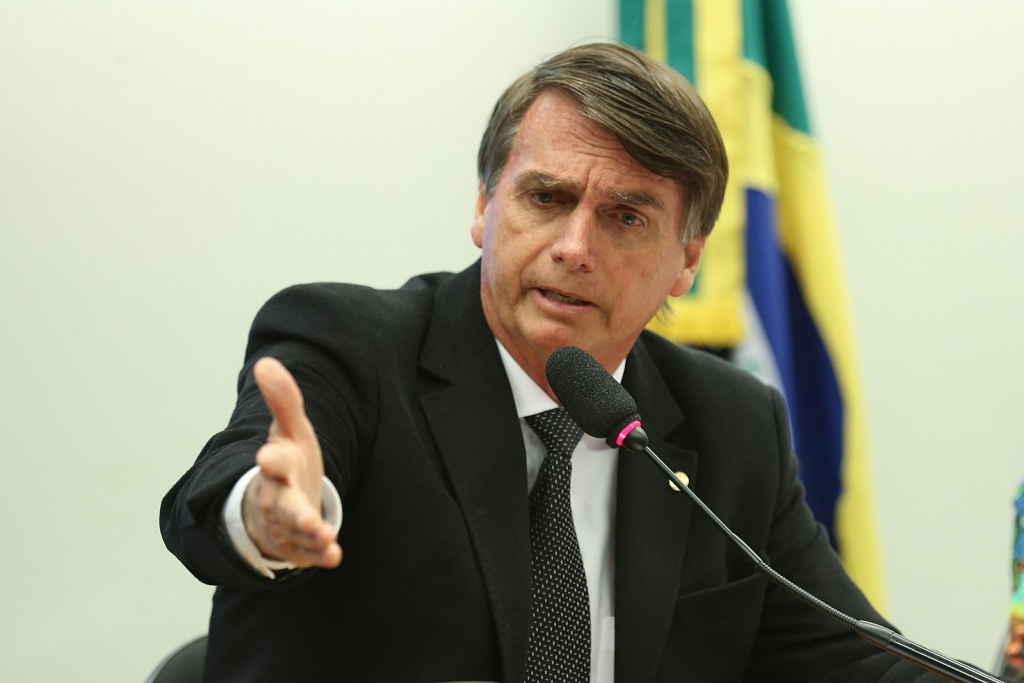 On September 6th, Brazil Presidential candidate Jair Bolsonaro was stabbed during a campaign rally in Juiz de Foro. Following the attack, Bolsonaro lost a significant amount of blood and was placed in the intensive care unit at Santa Casa Hospital where he was prepped for surgery. According to his doctor, all of his life-threatening injuries were stabilized during the procedure. Although a week of lost campaigning time so close to the election could seem detrimental to a candidate, the attack has actually increased Bolsonaro’s polling numbers, marking a turning point in the campaign. Described by some as Brazil’s own Donald Trump, Bolsonaro occupies a unique space outside the country’s two main political parties. A “God and guns” social conservative and evangelical Christian, Bolsonaro’s political views are widely divisive. While some Brazilians support his tough talk against the establishment in Brazilian politics, others disapprove of his anti-gay, anti-women, and anti-Black platform. Bolsonaro has previously claimed that he would withdraw Brazil from the Paris Agreement and reduce environmental regulations. Additionally, his abysmal history with the LGBTQ, female, and minority communities includes comments comparing homosexuality to pedophilia and defending a former Chilean leader who allowed his guards to sexually assault women. However, in a tense political environment with members of both the Part of the Brazilian Democratic Movement (PMDB) and Workers’ Party accused of money-laundering and accepting illegal bribes, Bolsonaro stands out as a distinct alternative to the corruption that has characterized Brazilian politics for so long. Many Brazilians who are tired of dishonest politicians are willing to look past his controversial comments because they believe he is the only candidate who will lead Brazilian politics out of its many decades of corruption. Following Bolsonaro’s stabbing on September 6th, some political pundits have suggested that the attack could make Bolsonaro a martyr to his supporters. In the last two weeks, his poll numbers have increased by several points. Expanding his lead among an exceptionally large field of candidates, Bolsonaro now holds over 25% of the vote, according to several polls. While 20% may seem like a significant amount, eight candidates remain in the race dividing the rest of the voting pool. With his closest rivals holding just a little over 10%, Bolsonaro remains in the lead despite not having even close to a majority of voters. Bolsonaro’s growing lead following his stabbing has caused other major parties like the Worker’s Party to alter their campaign plans. The only other candidate with more popularity than Bolsonaro is former Brazilian President Luiz Inácio Lula da Silva. Despite the fact that he is barred by the courts from running because he is serving time for corruption charges from his last time in office, Lula has continued to insist that he is still campaigning. This changed just a few days after Bolsonaro’s stabbing. Lula gave up his attempt to campaign for a third term, instead placing his full support behind his vice-presidential running mate Fernando Haddad. Since this action, Haddad’s poll numbers have jumped eleven points, placing him in second place behind Bolsonaro. If Haddad can maintain this support through the first round of the election on October 7th, he will continue on to face Bolsonaro in a run-off. Although the life-threatening attack on Jair Bolsonaro earlier this month has increased his popularity, many obstacles remain on his path to the presidency. Bolsonaro must first maintain his lead in the first round of voting, and then defeat an advancing Haddad in the run-off election. His chance at victory will rely heavily on Haddad’s ability to galvanize Lula supporters. While the show of support following his attack may be enough to get Bolsonaro into the run-off election, he will still need to gain more support than Lula and the Worker’s Party to win the presidency.