A reworking of the Cuban Constitution 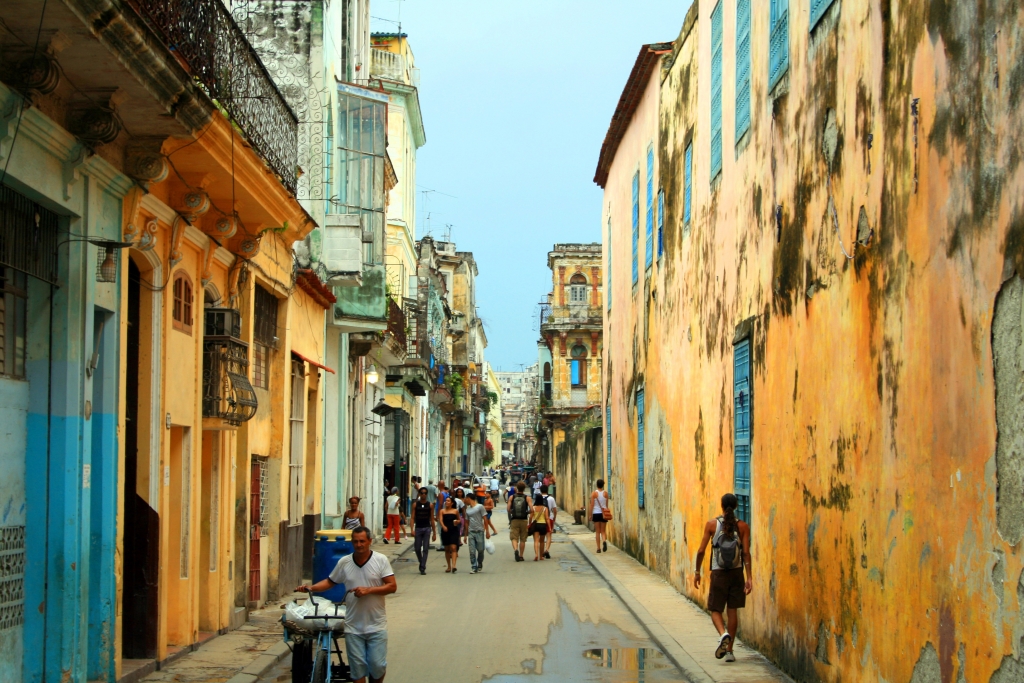 In the past several months, Cuban citizens have been gathering in government-organized public forums around the country to discuss a reworking of the Cuban Constitution. The current constitution was created during the Cold War when Cuba was undergoing the Communist Revolution and was applicable to the goals of the Communist regime in Cuba. However, now that the political atmosphere is significantly different than during the Soviet-era, Cubans hope to make changes to the constitution that will better reflect Cuban society today. In other words, these amendments to the constitution will not change any fundamental aspects of Cuban society, but rather will reflect how Cuban society has become. Cuban President Miguel Diaz-Canel Bermudez has stated that the constitutional amendments will allow “each Cuban will be able to freely express their opinions" to build a constitution that "reflects the today and future of the nation” (Mitchell, 2018). The public opinion aspect of the amendments ended in mid-November 2018. Now, an assembly will consider suggestions made by the Cuban people and make changes to the new draft. The changes proposed are indicative of how much Cuba has changed since the Cold War.
One major proposal of the new Constitution involves the role of communist ideals. Cuba’s government runs on a one-party system, and the new draft of the constitution will keep the Communist Party as the leading party in this system. On the other hand, the communist building aspect of the old constitution is being removed (Al Jazeera, 2018). The 1976 constitutions goal was primarily to build a communist society in Cuba. Today, the assembly has decided to focus instead on promoting socialism. One major shift from building a communist society to promoting socialism is the proposed amendment to recognize private property. The current constitution only recognizes “state, cooperative, farmer, personal and joint venture property” (Marsh, 2018). Not only are the political goals of the constitution changing, but a more distributed share of power is being added as well.
For nearly 60 years, Cuba was ruled under a dictatorship led by Fidel Castro and later, his brother Raul Castro. In April of 2018, Raul Castro passed his responsibilities on to current President Miguel Diaz-Canel Bermudez, though will remain head of the Cuban Communist Party until 2021. The constitution will create a position of prime minister in Cuba, and the president will no longer rule the council of state and council of ministers. Instead, the president of the assembly will act as the head of the council of state. The draft will also regulate age and term limits for future prime ministers and presidents. The draft states that the president and prime minister “must be under 60 when they first take office and can carry out no more than two consecutive five-year terms” (Marsh, 2018). Some of the proposals, however, are not as certain as the new regulations on elected officials.
One of the most progressive proposals to the new Constitution was a provision that would allow for the possible legalization of same-sex marriage through more inclusive writing. Rather than stating that marriage is defined as “the voluntary established union between a man and a woman” the new constitution was originally planning on changing the definition to “the union of two people ... with absolutely equal rights and obligations” (Oppmann, 2018). Mass protests and public pressure, however, has resulted in the assembly’s decision to remove this amendment on December 18, 2018. The Assembly announced its decision as “a way of respecting all opinions” due to the majority’s disapproval of the amendment (The Guardian, 2018). Changes such as these to the constitutional amendments were predicted to happen, and it is the purpose of the assembly to create a constitution that reflects Cubans as a whole.
On December 23, 2018, the assembly approved an updated draft of the constitution that is expected to replace the old constitution. The last step of the constitutional amendment process is for the draft to appear before a national referendum that will ultimately decide the fate of this new draft. The new constitution is expected to be approved in February of 2019 and Cubans are hopeful that this will move Cuba into a new era more reflective of the ideals and beliefs of Cuban people today. Though the changes to the constitution are more symbolic of how Cuba has changed in the past 30 to 40 years, the amendments will act as the guiding force of Cuban politics in the future, and are indicative of the new direction in which Cuba is heading.