Reopening the Case of the Mass Kidnapping in Mexico 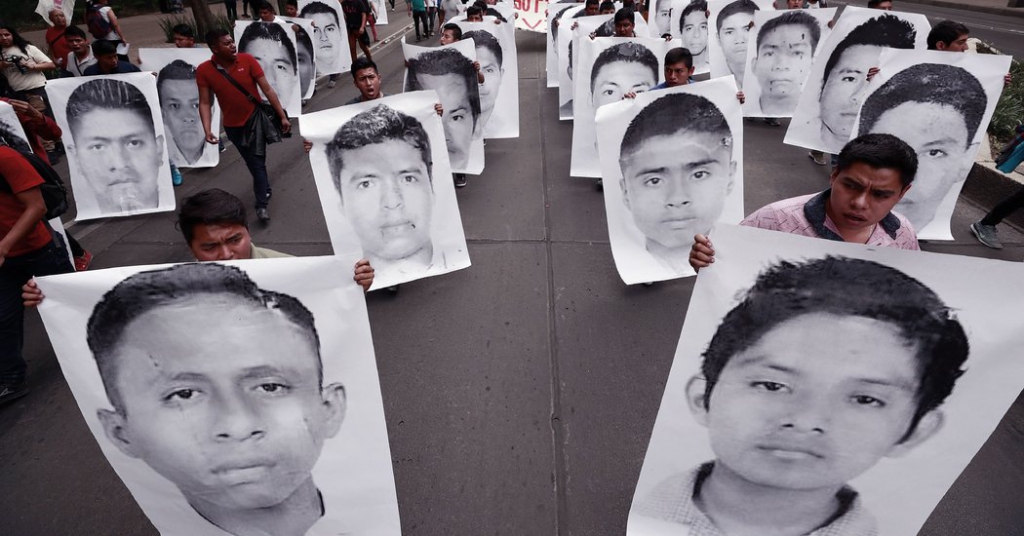 Between the violent war on drugs and the murder rate in Mexico steadily increasing each year, citizens have experienced an inconcievable amount of devastation in recent years. In 2014, 43 college students were kidnapped and allegedly murdered while attending a protest in Iguala, Mexico. The parents of the young adults were never given credible answers as to what happened to their children, but now five years later the search for the truth has begun again.

The Mexican government has announced they will reopen the investigation into the disappearance of the missing students, who at the time were all attending the same teacher training college program in Ayotzinapa. While the remains of one of the individuals was found during the initial investigation, the status of the remaining 42 is still a mystery. After finding the battered remains of one of the students, prosecutors claimed that the students were killed by a violent drug gang. The lack of remains lead them to assume that the other students had been murdered and incinerated. While these assumptions were the end results of the case, there was never any conclusive evidence to confirm these suspicions.

The way this case was handled caused outrage in Mexico from both the parents of the victims and concerned citizens. Felipe de la Cruz, the father of one of the missing students, spoke to Reuters about his devastating experience with the investigation over the past five years. “Unfortunately it has been five years of feeding lies, we practically prefer to start from scratch because at first everything was done badly.” In this quote, de la Cruz alludes to the frustration with corrupt leadership and the poor handling of crucial evidence during the case. Institutions such as the United Nations, Mexico’s National Human Rights Commision, and others have also criticized the investigation. NBC News reports that these organizations have denounced “what they call errors, inconsistencies, obstruction of justice and human rights violations in the investigation, including repeated acts of torture against people arrested in the case.” Earlier this September, a main suspect named López Astudillo was released because 62 of over 100 pieces of evidence against him were deemed inadmissible for various reasons such as being obtained through torture methods or simply not being sufficient enough to support a conviction.

As of now, 77 of 142 murder suspects have been released by courts in Mexico. Andrés Manuel López Obrador, the current president of Mexico, pledged to reopen the case as part of his presidential campaign. He stated, “This is about justice, about humanism and also about Mexico's reputation." Lopez Obrador has denounced the release of so many key suspects both to the public and in a more personal setting at a private meeting with the heartbroken parents of the victims.

President Lopez Obrador aims to right the wrongdoings of his predecessor, president Enrique Peña Nieto, and this time pursue answers the right way. While families remain mourning the loss of their loved ones, hopefully the reopening of this case will lead to long awaited closure and justice for the victims. The victims’ families as well as the rest of Mexico anxiously await the conviction of the ones responsible for this devastating act of violence.