Regional and Local Governance Conflict and the Democratization of Peru

At times a model of peaceful dispute resolution, on other occasions an eruption of violence, regional and local governance conflict (RLGC) has been a regular occurrence in Peru since the democratic transition of 2001.1 The events, which are part of a broader trend of dramatically increased social conflict, range from closure of a municipality in an attempt to remove an allegedly corrupt mayor from office to the mobilization of hundreds of farmers to protest the regional government’s environmentally controversial irrigation project. In each case, subnational—regional and local—government is not simply involved in some respect; it is also the explicit target of collective political action (Tilly and Tarrow 2007, 5).2 RLGC, which since 2004 has accounted for about 50 conflicts each year and hundreds of recall attempts, is the second-largest source of social conflict in Peru.3

Democratization, decentralization, and the broad adoption of participatory rights were all formally instituted within three years of Alberto Fujimori’s exile in 2000, shifting dramatically the political opportunity structure for collective action. The new democracy provided the broad political space and autonomy for increased collective action. Decentralization began with reform of the 1993 Constitution, which also calls on all levels of government to establish mechanisms for public participation and citizen oversight, and enactment of a series of decentralization laws over the brief 2002–3 period. Particularly on the scale seen in the Peruvian transition, decentralization tends to enhance public expectations of improvements in the quality of life in local communities, increase political competition, and intensify competition over the use of public resources. (Proyecto USAID/Perú ProDescentralización 2011, 98–100; Arellano-Yanguas 2011). In addition, a series of laws as well as the decentralization reforms strengthened participatory rights of Peruvians.  Regional and local governments are now directed to promote participation in decision making; citizens are expected to join in participatory and oversights processes. (McNulty 2011, 32–45; PNUD 2006).

Motivations for and Nature of Subnational Governance Conflicts

Our analysis of RLGC cases demonstrates that the most important motivations for LGC are, for example, protests against ordinances; unanswered requests for information, and allegations of irregularities and corruption. Principal motivations for RGC include breach of participatory budgeting agreements, petitions for public works, and opposition to mines for environmental reasons.  RLGC episodes are thus closely tied to core values of civic management: honest and ethical behavior, transparency and communication, democratic practice and participation, social and political representation, and effective government.

RLGC involves, therefore, citizen interaction with and perception of public administration, and is closely tied to the exercise of authority by elected officials; that is, to their political legitimacy. Struggles for power or leadership reflect the degree to which the state is viewed as legitimate. As legitimacy erodes, the prospects for state-citizen contention increase and the potential for violence rises. (Goldsmith 2012, 121; Linz and Stepan 1978, 16–18).

Though pure politicking is occasionally involved, generally RLGC arises when the administration is neither predictable nor transparent and when basic government functions are ineffectively performed. Collective action occurs either through institutional procedures previously established in law or through ad hoc, noninstitutional channels. In Peru, formal means of collective action have included access to information requests, recall of officials, and referenda. When protesting the government’s failure to comply with public budget hearings, for example, Peruvians can file complaints with the mayor. The reality, however, is that community organizations encounter serious difficulties in exercising their rights and making these procedures work.

Faced with weak incentives, poorly functioning bureaucracies, and other barriers, community organizations often opt for noninstitutional strategies. These have long proven most effective in achieving collective action objectives. Such is the case with staging a sit-in, for example. In 18 recorded sit-in cases, 8 were used to establish a dialogue and 5 were done in protest of a mayor’s failure to fulfill a promise. Some noninstitutional approaches blur the distinction between legal and illegal action. The most common strategy is the demand for dialogue, which indicates a willingness to move beyond exclusively legal channels and focuses on negotiation. In many cases the purpose of direct action—sit-ins, strikes, marches, street blockades, and so on—is to bring about dialogue.  Sometimes community organizations may combine institutional and noninstitutional approaches through their appeals to outside government entities such as the Contraloría General (Peru’s Comptroller).  A turn to violence is another option, but it is always a risk to community organizations because it threatens their legitimacy, can discredit the cause, prompts legal action for the recovery of damages, and precipitates the breakdown of dialogue.

For the most part, RLGC is best viewed as a process of reaching a resolution of a dispute, usually a process carrying some measure of legal or judicial ramification, as opposed to a demand for rights. Indeed, community organizations tend to view conflict as a bargaining process—a meeting with the authorities to negotiate and agree on a resolution. Establishing a basis for negotiation is often a primary objective in itself. In addition, local community protagonists in RLGCs often search for allies to support and increase their bargaining power. Their natural allies are other community groups in the jurisdiction, and they invest significant time and effort in constructing a solid, representative coalition. They also seek support from other influential allies, such as the Catholic Church, that may give added legitimacy to their claims.

In the 1970s and 1980s, social mobilization developed within an organizational fabric that allowed civil society groups to represent their interests across broad sectors of Peruvian society at all levels with a high degree of experience and skill. Today, for multiple reasons—including neoliberal market reform, globalization of the economy, authoritarian government, the destructive impact of Shining Path terrorism on peasant organizations, and the democratizing, decentralizing, and participatory reforms highlighted in this essay—this organizational structure is fragmented and partially dissolved (Chirinos 2009, 106–8). With respect to RLGC, the critical players are neighborhood organizations and peasant and indigenous communities organized into local and regional “fronts.” Given the collapse of the party system (Dietz and Myers 2007), regional or local parties, which are mostly electoral vehicles for local leaders, may have some influence on the modality of a conflict. Social media have also taken on a leading role in RLGCs as allies of both community groups and the authorities.

Being in good legal standing is critical for those making claims or planning a protest. During the course of the conflict, community organizations deliberately seek to place themselves on the side of the law, as this allows them to present and maintain a positive image to the authorities, protect themselves from unfair accusations, and legitimate their cause in the public realm. Therefore they insist on soliciting official information from the authorities and attempting to substantiate claims based on existing rights. A recurring example is the request for the Comptroller to intervene in cases of alleged corruption.

Underlying many cases of RLGC is the problem of access to public information. Often the authorities deny or ignore a civil society organization’s request for information regarding the problem motivating the complaint.  Given the absence of effective legal remedies, often the only way to pressure the authorities is through the use of noninstitutional approaches.

Often the legal system simply does not have established procedures or the capacity to deal with some of the situations that cause social conflicts. The problem is compounded when the conflict is not specifically defined under the law, meaning that no authority is responsible for processing it, let alone resolving it. Even in cases for which legal procedures are in place, these are not necessarily relevant enough to ensure the proper handling of the conflict. Overlapping responsibilities among government agencies and levels are often manifested through inaction when it comes to dispute resolution.

The extension of conflicts over long periods—months and even years—with no prospects for dialogue or resolution is difficult issue. In 2011, for example, resolutions were reached for only 2 of 32 municipal conflicts. Though legal formalism does lengthen these disputes, the delay is also a result of strategic decisions made by the parties involved. Groups may elevate their demands or suddenly raise new ones, an action that may be political gaming designed only to harass the authorities.

Another factor, as seen in other types of conflicts, is that government leaders and the bureaucracy often do not have a proper understanding of local culture, especially with respect to peasant and indigenous communities (Echave et al. 2009, 225). Traditional language, cultures, and practices are largely ignored. The gap in understanding is a direct consequence of legal universalism and the lack of an intercultural view of both society and state. It leads to authoritarianism, preferential treatment for some citizens, and a culture of secrecy around public management.

Peru’s democratic transition began a chain of events that continues to support increased interaction between the state and society and gives rise to contention. The return of democracy provided the political space for more accountable government and a series of reforms affecting subnational politics and administration. The opportunity for collective action emerged quickly, even if taking advantage of it has not always been possible. In almost half of the regions and a consistent number of municipalities each year, Peruvians have been willing to take to the streets if necessary to express their disgust with the performance of elected authorities or to demand accountability.  Decentralization and the establishment of a broad set of participatory rights has further fueled the organizational efforts of civic groups determined to get their demands addressed. Indeed, formally at least the law now obligates the elected official and citizen to interact for the betterment of the community.

RLGCs point to real constraints on the development of subnational democratic institutions and particularly on the effectiveness of decentralization and participatory governance. There is a simmering discontent or mistrust of regional and local authorities that is the result of weak institutions. Contention arises because the populations that are neglected and in need do not have a voice. RLGCs also reflect a lack of institutions with the ability to articulate or channel complaints between state and society. The failure of the party system, the crisis of representation, and geographic segmentation of national civil society organizations, coupled with a weak state, has eliminated mechanisms for mediation that, in the past, helped resolve issues before conflict erupted.

Yet RLGCs are also a reflection of nascent democracy at work. Regional and local authorities are facing pressures to be more responsive and open in addressing regional and local needs, so community organizations form and build local alliances, usually to raise a problem that the authorities have failed to address. Local elites operate a political setting in which national political parties and federated organizations and their regional affiliates no longer hold sway. The community groups they lead in many cases are acting with considerable strategic sophistication, mixing institutional and noninstitutional tactics to reach a dialogue with authorities, preserve the legitimacy of their cause, and eventually make progress in resolving the problem.

The maintenance legitimacy is a critical objective of all parties to an RLGC. For regional and local administrations, legitimacy is built on public ethics; transparency and communication; democratic practice, especially participation; and effective government. Failure in any of these areas can lead to widespread complaints, forceful objection, or an immediate takeover of a municipality by the opposition.

2 Tilly and Tarrow’s definition of contentious politics (2007) broadly refers to any interaction involving government, either direct or indirect engagement.

3 “Local” governance refers to both types of Peru’s municipalities: district and provincial. 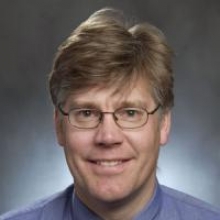