Reconsidering Populism in Light of the Andean Pink Tide

The sweep of the pink tide across the central Andes has been associated with populism.  From Hugo Chávez and his successor, Nicolás Maduro, in Venezuela, to Evo Morales in Bolivia, and Rafael Correa in Ecuador, more than in any other region the Andean New Left has been associated with leadership styles and approaches to governing that many have characterized as populist.  In particular, the important role of charismatic authority, moves to concentrate power in the executive branch, the utilization of oppositional discourses that pit “the people” against elites, and the apparent willingness of these leaders to flout the constraints of liberal democracy have all been cited as reasons to categorize them as populists.

However, these “radical populists”, also diverge in important ways from previous experiences of populism and the theories and definitions developed to explain them.  One of the most glaring discrepancies has to do with the relationship between populism and civil society.  A dominant assumption in much of the scholarly literature is that populism is associated with weak and unorganized civil society.  And yet particularly in Ecuador and Bolivia, the elections of Correa and Morales occurred within contexts of highly organized and active civil societies that took the form of powerful social movements.  Since Morales and Correa have been in power, the roles of social movements and their relationship to these political projects have changed.  In Bolivia it could be argued that many of the country’s most important social movements have been coopted by the government, whereas in Ecuador social movements have largely been sidelined and even undermined by the Correa administration.  However, in spite of this evolution, there is no doubt that movements played central roles in creating the conditions for the rise to power of these radical populists, and this in itself presents an interesting contrast to commonly held assumptions in much of the literature.

I explore this paradox in a recent article published in the Journal of Latin American Studies (Collins 2014).1  The article focuses on the path to power of Morales and Correa and, in particular, the central role that social movements played in their ability as non-traditional candidates to break open the ossified electoral politics in their respective countries.  The outsized role of social movements and the very fact that these leaders emerged within contexts of high levels of social mobilization present a stark contrast with the rise of populist figures during the heyday of classical populism, as well as the emergence of neo-populists, like Fujimori and Menem, during the 1990s.  In these earlier cases leaders orchestrated popular support from above, whereas in Bolivia and Ecuador, it was the social movements that played the key role in mobilizing civil society for political change with the leaders initially piggy-backing on the momentum created by the movements.

In trying to make sense of these cases in relation to theories of populism I ultimately turn to Laclau, who views the origins and essence of populism as a process of popular identity formation that serves to unite diverse sectors of society into “the people”.  “The people in turn perceive their unity in opposition to some “other”, usually an elite sector of society that is portrayed as undermining or betraying the nation, which is embodied by “the people”.

Utilizing this framework, I proceed to do three main things.  First of all, I argue that in both Bolivia and Ecuador this process of identity formation, which Laclau posits is the foundation for populist leadership, was initially constructed, not by a charismatic leader, but instead by the social movements themselves.   Similarly, these popular movements also did the work of framing broad national political agendas, including developing and disseminating key ideas, proposals, and platforms.  I explore how in response to neoliberalism social movements combined national-popular traditions with plurinationalism to forge fundamentally new political agendas.  In Bolivia and Ecuador the populist political agendas were not forged by the charismatic leaders, but instead they emerged onto a stage that had already been constructed by the social movements.  In both cases the leaders piggy-backed on agendas and identities previously constructed by social movements.

The third part of my argument has to do with the implication of these cases for understanding, defining, and characterizing populism.  I assert that Laclau’s approach, in which the constitution of new identities is viewed as foundational, implies that populism has a transformative potential.  In line with this view, we can see how this is the case in both Ecuador and Bolivia.  Necessary to the rise of these two leaders, who each have advanced transformative (albeit contested, even by many on the left) political projects, was the process of identity formation and a new national-level agenda that was fundamentally about greater inclusion.  The example of the radical populists then lends support to the theoretical interpretation of populism as containing a transformative potential, one that is often associated with expansions in democratic inclusion.  This view of populism contrasts with minimalist definitions that reduce populism to a political style used by charismatic leaders primarily to win and exercise power.  The more minimalist definitions overlook the transformative and counter-hegemonic dimensions of populism.  This article then lends support to interpretations of populism that are able to account for its potential for inclusion and transformation and which recognize variation between populist projects in terms of the role played by organized civil society.

1 Jennifer Collins. “New Left Experiences in Bolivia and Ecuador and the Challenge to Theories of Populism.”  Journal of Latin American Studies 46:1 (February 2014): 59-86. 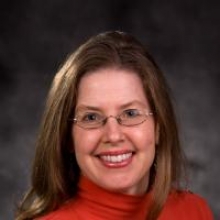 Jennifer Collins
Jennifer N. Collins is an Associate Professor of Political Science at the University of Wisconsin-Stevens Point, specializing in Andean politics, social and indigenous movements, and the New Left. Her research focuses on political participation by indigenous and social movements in Ecuador and Bolivia. She has several published book chapters and articles, and is currently finishing a book manuscript that looks comparatively at the relationship between social movements and the new left governments of Rafael Correa in Ecuador and Evo Morales in Bolivia.