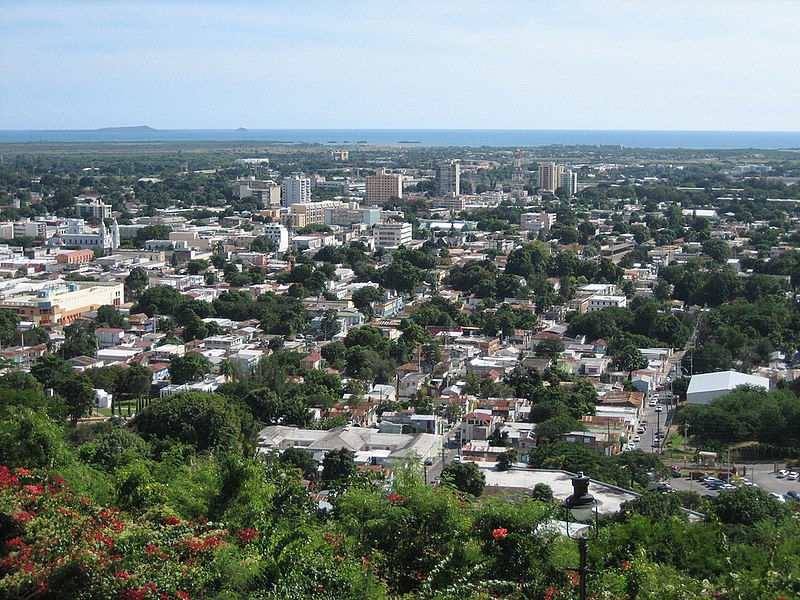 For those who have been following Puerto Rico in the news lately, they will remember the Puerto Rican “Ricky Renuncia '' protests in the summer of 2019 that resulted in the resignation of Governor Ricardo Roselló. The protests were in response to the leaking of group messages between Roselló and other government officials in which they made inappropriate and offensive comments about other government officials, the LGBTQ+ community, and Hurricane Maria victims, laughing at the death toll (Source). The new Governor to take Roselló’s place, Wanda Vázquez, is now under fire in a new storm of protests calling for her resignation. The protests began after a warehouse in the southern city of Ponce was discovered with Hurricane Maria supplies that had never been distributed. The supplies had been stored and unused in this warehouse for years, and could have made a significant difference in aiding the lives of people who had been affected by Hurricane Maria in 2017 (Vera, 2020). Puerto Ricans were understandably livid at the discovery that the aid, including 80 pallets of water, were left unused when millions of Puerto Ricans were struggling to provide basic necessities for their families at the time of and throughout the weeks following the natural disaster.

The discovery of the unused supplies came days after a series of earthquakes that shook the island of Puerto Rico over the course of several days. On January 7th, 2020 after the first earthquake of 5.8 magnitude, Gov. Vázquez declared a state of emergency. The next day, January 8th, an earthquake of 6.4 magnitude once again occurred in nearly the same location as the first, just a few miles off of the southwest end of the island (Levenson, 2020). The earthquakes destroyed many tourist attractions, such as a historic church in Guayanilla and Punta Ventana, a natural rock formation overlooking the sea, as well as displaced 5,000 (some reports say as many as 8,000 (Vera, 2020)) Puerto Ricans to shelters around the island due to collapsed homes or fears over the destroyed integrity of homes (Democracy Now, 2020). The victims of the earthquakes will receive the remaining supplies that have not expired in the warehouse, still, Puerto Ricans are angry that in the wake of so many natural disasters they have not only had to deal with the disasters fallouts but also with the inefficacy of a government that has continuously deceived its citizens.

Vázquez claimed that she did not know of the warehouse or supplies, telling news reporters: “that’s what the head of agencies are for ... to inform the governor” (Allen, 2020). Following the discovery, Vázquez fired the island’s chief of emergency management, Carlos Acevedo, along with two other government officials, and the investigation into the mismanagement of supplies will now fall to the national guard. Despite Vázquez’s claims that she was unaware of the warehouse or supplies, Puerto Ricans are still calling for her resignation. Hundreds of protestors gathered outside of the Governor’s mansion in San Juan, PR, chanting “Where is Wanda?... Wanda is not here. Wanda is hiding the country’s supplies” (Rosa, 2020). Just as with Roselló, Puerto Ricans began using the hashtag “#WandaRenuncia”, meaning “Wanda Resign” in English.

In light of the recent earthquakes, which scientists say are the worst to have affected the island in over a century and caused an economic loss greater than $100 million to the U.S. territory, Puerto Ricans feel betrayed by their own government. One protester, Freyla Rivas (70), told the New York Times that “We are outraged… If there are resources, why do the people have to suffer? It’s enraging” while another, Orlando Rivera (21) said, “This is an act of pure evil, to hold back supplies… It’s like watching someone dying in front of you and not helping them” (Rosa, 2020). Although the protests are extremely modest in comparison to those held in the summer of 2019 against Roselló, which resulted in his resignation from office, the integrity of the Puerto Rican government is once again in question. Vázquez seems to for the most part agree with the protestors in that she has publicly announced her outrage at the mismanagement of supplies. Some supplies were distributed to assist in the recovery of several other Hurricanes after Maria, but most of the supplies were expired and could no longer be used by the time of the warehouse’s discovery. Vázquez claims that she did not find out about the warehouse until a video showing the supplies went viral, and supposedly, was shocked that the supplies were not distributed against her orders (Rosa, 2020).

As climate change increases rapidly, small island nations like Puerto Rico, which are some of the smallest contributors to the man-made disaster, are the most affected. Rising sea levels and increasingly severe hurricanes are expected to batter the island more and more severely. As natural disasters worsen, it is important for the people of these islands to have a government that is capable of mitigating the damage and efficiently providing relief to those in need. Although Puerto Rico is a territory of the U.S. President Donald Trump has yet to comment on the discovery of the warehouse or the earthquakes that have left thousands of people homeless to this day, nearly a month after the first earthquake. The warehouse discovery has only contributed to the mistrust that Puerto Ricans feel towards their government in a time when government transparency may be the best way to mitigate the effects of future natural disasters.