Post-War Social Reintegration: How Colombia has managed the Disarmament and Demobilization of Guerilla Groups 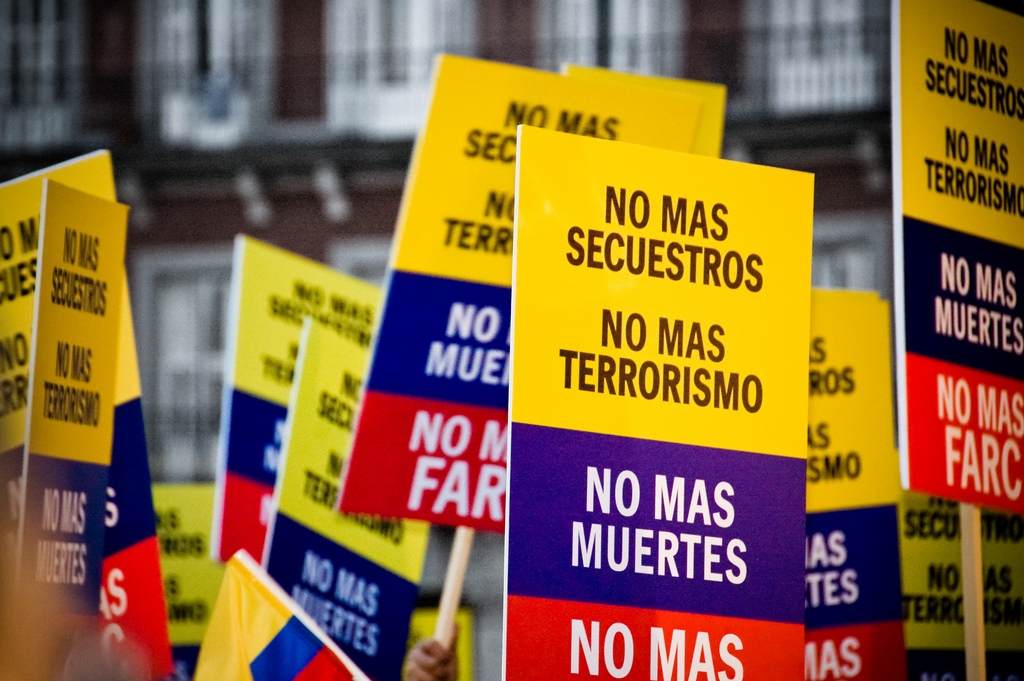 Colombia has had a tumultuous history with civil conflict in the past century. Through the creation and eventual termination of numerous guerilla groups, Colombia has faced the challenge of deciding how to manage large numbers of ex-combatants accustomed to life in guerrilla groups who are suddenly expected to smoothly transition to non-violent society. Colombia has navigated this issue in several different cases of the demobilization and disarmament of guerilla groups, between EPL in 1991, M19, the AUC, and now the FARC. With the FARC peace process, Colombia has had the opportunity to learn from past procedures in terms of how to assist in the large social adjustment that ex-guerrilla combatants must go through.  That being said, the peace process is a complicated procedure, with many different steps and lots of potential for ex-combatants to return to war. According to Jennifer M. Hazen of the Department of Public Policy at the University of North Carolina, Chapel Hill, Post-Civil conflict peace processes consist of three parts: disarmament, demobilisation, and reintegration. Each of these aspects has its own complex issues and challenges, however, the aspect that is most often overlooked, though just as essential as the other processes, is reintegration.

Reintegration is the part of a post civil-conflict peace process in which the mobilized forces (in the case of Colombia, guerrilla groups), are reintroduced to society and learn the skills necessary to work as productive members of the community. This process is far from simple, and often misunderstood. The challenges that arise in the process are convoluted and different individuals have different needs that one program is supposed to be fit to address. The most challenging issue that applies to all combatants is that often reintegration programs are introduced without addressing the social structures that are created during war times. There are several instances of disintegration and integration in war times. The first is the disintegration that occurs as factions split into warring groups, usually the combatants versus everyone else and the government. Then there is the integration into the war family, which occurs between the combatants, sometimes voluntary, and other times involuntary. Regardless, the connections made in the war family and the disconnections made between the two warring factions create strong emotions and rhetoric that stand in the way of the social reintegration of ex-combatants. In order to fully reintegrate these ex-combatants into society, another instance of disintegration must occur, this time, disintegration of the relationships in the war faction. Without this essential step of social reintegration, the ties that ex-combatants have with each other make returning to war much to simple (Hazen). This is an issue often seen with Colombia guerrilla members after the demobilisation process. The ex-guerrilla members face numerous social, economic, and political challenges in the reintegration process, and due to a lack of social disintegration between the guerrillas, grouping together with other ex-combatants to form paramilitary organizations is an easy escape from the challenges facing them in normal society. This is a common occurrence as the FARC began demobilising following the 2016 peace deal. The group’s demobilisation left a power vacuum that was all too easy to fill for ex-combatants unaccustomed to a lifestyle other than that of a guerrilla fighter. The paramilitary groups formed by ex-guerrillas, known as the BACRIM, continue to engage in violence between other armed groups, communities, and Colombia police and militias (El Tiempo, 2016).

Following demobilisation, combatants lack the necessary skills or resources to be able to return to society. Reintegration programs are aimed to help with these challenges. Ex-combatants often requiring counseling to begin to work through the trauma endured (and committed) as part of a warring faction. Unfortunately, counseling programs are not widely offered as a part of reintegration, likely due to minimal funding. Additionally, the programs that are offered are less than frequently taken advantage of as ex-combatants feel they face many more pressing issues in the reintegration process. The most obvious issue that ex-combatants face is the lack of education and training required to take up a non-violent career. Social reintegration programs are aimed at giving ex-combatants the assistance they need in future professional endeavors. However, due to a variety of reasons, mainly a lack of or unreliable funding as well as resentment by the civilian population, these programs are less than effective (Hazen). The 2016 peace deal involved the distribution of land among ex-FARC members, and included individual monetary provisions and assistance with starting business in order to get these individuals readjusted to society. Although it is undeniable that economic sanctions to stimulate individual prosperity are a huge necessity in ex-FARC communities, the great debate on the matter is that civilians feel that ex-FARC members are not being punished for their actions and are being rewarded with benefits that the rest of society feels cheated out of (BBC, 2016). Hazen explains that this is a common among many non-violent civilians post-conflict, however, notes that funding is given to the civilian population, however it is distributed into public works and policies that will benefit society as a whole rather than specific at-risk individuals (Hazen).

As Colombia navigates yet another peace process with the country’s last remaining guerrilla group, ELN, they can use the failures of past peace processes as a means to addressing the challenges that ex-guerrilla members face. The disarmament and demobilisation processes often take the focus of private and governmental funding, as these programs show direct results with ending the civil-conflict. Private funders are also wary of contributing to social reintegration programs in order to avoid seeming like they are rewarding guerrilla groups. Due to these reasons, social integration programs often receive the least amount of funding, mainly from private donors which results in the unpredictability of funding and premature end of social programs. Based on Colombia’s past peace deals and processes, a lack of social reintegration programs directly link to ex-guerrilla members returning to violence in paramilitaries and BACRIM. Though controversial to the public, social reintegration programs are just as essential in the peace process as disarmament and demobilisation.