Political Integration as a Strategy of Conflict Resolution: The FARC in Colombian Elections 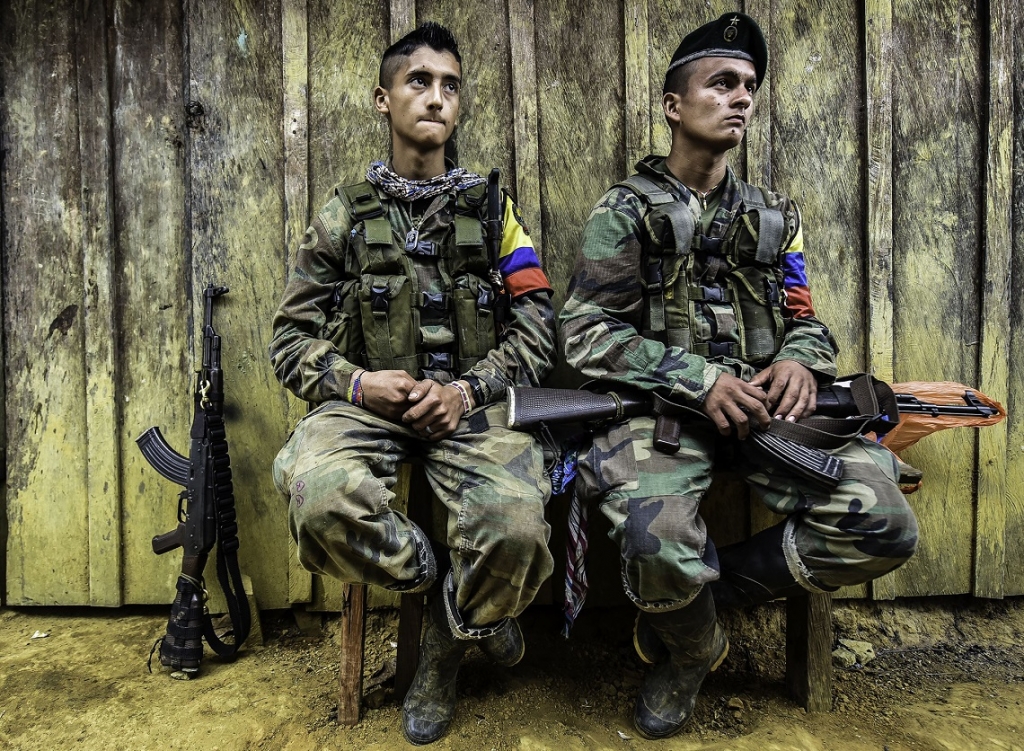 The FARC, or Revolutionary Armed Forces of Colombia (Fuerzas Armadas Revolucionarias de Colombia) as they were originally called, have functioned as a Marxist-Leninist guerilla group founded in 1964, composed mainly of farmers and laborers whose goal was to fight the inequality and repression in Colombia. Mainly operating in rural areas, the FARC had an estimated 20,000 active fighters at the height of their power in the early 2000s. The FARC were a part of a dark period of Colombia’s history, when guerilla groups, paramilitaries, and drug lords provoked violence across the nation. To finance their war, the FARC became involved in the cultivation and trafficking of cocaine, as well as kidnappings. However, in the past ten years, the FARC have lost power and influence. Most of the original FARC leaders were killed between 2008 and the 2017. Now, the FARC are estimated to have only 7,000 members, as thousands of the guerilla fighters were demobilized or killed since Colombia toughened its strategies on combatting guerilla warfare (BBC Latin America & Caribbean, 2016). In September of 2012, FARC leader Rodrigo (Timochenko) Londoño Echeverri and Colombian President Juan Manuel Santos began the process of peace negotiations in Cuba. These negotiations planned for the demilitarization of the FARC, as well as social and economic programs to help ex-FARC members reintegrate into society. One method in which FARC is continuing to pursue its political ideologies while remaining peaceful members of society is by shifting from a guerilla group into a civilian political party. Although their acronym remains FARC, it now stands for the Common Alternative Revolutionary Force (Fuerza Alternative Revolucionaria del Comun). The new FARC political party’s leader, Timochenko, even announced that he would run for office in the Colombian Presidential elections to be held in May of this year. Since the announcement, Timochenko has pulled himself from the polls, but the FARC political party remains an important step in the process of the Colombia-FARC conflict resolution.

Political integration as a strategy of conflict resolution is a method that has been used and proven successful in several cases around the world. It has previously been implemented in Latin American countries, including Colombia in the early ‘50s. However, peace as a result of the political integration (in this case military integration) was not long lasting and proved to be relatively unsuccessful (Glassmyer, 2008). These attempts at integration, though they may not be the direct cause, were followed by decades of terror and violence in Colombia.

Peaceful political integration, however, may have more lasting effects in a country that has struggled with violence over the past half a century. For ex-combatants, reintegration into civilian life can be challenging for many reasons. There are social factors, such as those faced by women, who become accustomed to being treated like soldiers during their time in a guerilla group, only to return to a society where machismo remains prevelent. Society may also use ex-combatants as scapegoats for issues faced in the country or community (Moloney, 2017). From an economic standpoint, many ex-guerilla members lack funds to become successful and self-sustainable. There are psychological aspects as well, such as the loss of the feeling of empowerment that is common among guerilla members. Dr. Jennifer M. Hazen, an ex-research analyst at the U.S. department of State and a lecturer for the UN University for Peace explains in her paper titled “Social Integration of Ex-Combatants after Civil War” that “even if such feelings were generated through the barrel of a gun or the receipt of unearned titles such as “commander” and “general.” In war, ex-combatants believe they can control their actions and their choices. They are the ones in charge. They are the ones who have a voice and can generate change” (Hazen, p. 6). This is likely to be an issue that many ex-FARC members face because the guerilla group was founded to fight for economic and social inequality through socialist ideals that are still lacking in Colombian politics.

In order for successful reintegration into society, these factors as well as many others need to be addressed by the government, according to Dr. Hazen. The sustainability of programs addressing these factors is also essential for the continuation of a peace process. In order for political integration programs to last, the newly formed political party usually requires several years to gain strength and create a stable organization. The Colombian peace deal guarantees the FARC five seats in both the Senate of Colombia and the Colombian Chamber of Representatives. Since the announcement of the Common Alternative Revolutionary Force, the FARC’s popularity has risen, however, in September of 2017, Al Jazeera’s Alessandro Rampietti in Bogotá reported that at least 70% of Colombians have said they will never vote for the FARC (Rampietti, 2017).

Colombians have reason to be hesitant of demilitarizing guerilla groups, especially since the demilitarization of the AUC, or the United Self-Defense Forces of Colombia (Autodefensas Unidas de Colombia). The AUC was founded to protect personal interests threatened by drug traffickers rather than political ideals. Even before their official demilitarization in 2006, the group began forming other paramilitaries called Bacrim, and continued to do so in the years after 2006. The Bacrim work through drug-trafficking, organized crime, and the kidnappings and murders of civilians, activists, and politicians (Ávila, 2015). Political integration was never attempted in the case of the AUC, and perhaps this would have prevented their violent Bacrim successors. The AUC did however, have some form of military integration before they were demilitarized. During the ‘90s, the AUC’s goal was to protect their personal interests against drug traffickers, mainly, drug trafficker Pablo Escobar. Although the Colombian government was not interested in working with a guerilla group, the AUC and the Colombian government had a similar enemy, Escobar. Neither had the resources on their own to take down the notorious drug lord, so the Colombian government as well as the United States Drug Enforcement Agency (DEA) worked with the AUC to end Escobar’s drug empire (Sontag, 2016). This integration did not stop the AUC’s violent future, yet perhaps integration on a civil rather than military aspect could prevent future violence.

Despite many who are fearful of the FARC political party, others believe that political integration is the price of peace. This idea does not stop politicians who are against the FARC political party as well as President Santos’ political party to oppose the peace deal— something that could be dangerous to the peace process. If the process of the integration of the FARC into Colombian politics fails, there is potential for the FARC to return to other, perhaps more violent methods to fight for their voice in politics. Political integration as a strategy for conflict resolution can be a very successful method in creating lasting peace, however, it is a very fragile method that requires cooperation on all sides of the process.