Police performance is vital in consolidated democracies, but even more so in post-transition countries where public support for the regime is not yet firmly established. In many Latin American countries, as Mark Ungar and others have pointed out, law enforcement institutions had to be reformed not only to improve the capacity of the emerging democratic states but, more importantly, to prevent a return to the oppressive practices of the authoritarian past (Ungar 2011). However, corruption among police ranks pervades law enforcement institutions in Latin America. In some Central American countries, the situation is so dire that, in Honduras, all the officers from the national investigative police unit were suspended in 2013 over charges of corruption and criminal involvement, as repeated attempts of police reform failed. Reports by monitoring organizations have denounced the participation of police forces in cleansing squads and extra-judicial killings in Guatemala, El Salvador, and Honduras.

In the last twenty years, processes of political liberalization have boosted discussions about criminal violence, police and political regimes (Fruhling 2003). As dictatorships crumbled, the police became pivotal in the efforts to build democratic criminal-justice systems and the rule of law. Most scholarship on law enforcement institutions focused on democratic police reform and how to prevent the abuses of the past. In my article, Police Misconduct and Political Regime in Central America, published in the Journal of Latin American Studies1, I study the effects of police behavior on the support for the institutions of the regime. Using data from the AmericasBarometer 2008 Democracy Survey conducted by LAPOP in the Spanish-speaking countries of Central America, I examine whether police misconduct reduces the government’s legitimacy and also that of the overall regime.

Usually, scholarship on the impact of police behavior on legitimacy has only focused on the immediate criminal-justice institutions and has overlooked the general political sphere. Since most studies have been conducted in consolidated democracies, authors seem to assume that police actions are important to the extent that they lead to citizens’ acceptance of direct police authority, when in fact police actions may also contribute to the maintenance of political order by creating a sense of loyalty to the fundamental political institutions of the regime. However, the extant literature on attitudes towards the police has contributed to understand the importance of procedural factors in the creation of police legitimacy. In contrast to studies of political legitimacy, which tend to underscore the importance of outcomes (i.e. how effective the regime is in riding out economic crises, generating wealth and fighting crime), the predominant research on police legitimacy highlights the significance of procedures in the creation of people’s support for the police (Sunshine and Tyler 2003).

In my research, I argue that police misconduct reduces people’s support for the specific and diffuse institutions of the regime, and that its effects are so important that can be detected even after controlling for other relevant intervening variables such as economic performance or insecurity. Police misconduct can take different forms. I examine three types of police misbehavior: police corruption, police abuse, and police participation in criminal activities. Often, these forms of police misconduct are related. An officer involved in criminal activities may also be a corrupt official prone to abuse and to extorting the public.

In Central America, as part of the political transitions, all police institutions were either reformed in the last twenty years. In El Salvador, Honduras and Guatemala, the military were officially removed from internal security agencies and new police institutions were created. In Nicaragua, the results of the 1990 elections pushed the Sandinistas to boost reforms in the police and the military. The wide variation of experiences with police institutions in the region and their impact on citizens’ attitudes towards the political regime (whether a democracy or not) can help us to unravel the importance of the police in post-transitional societies, and shed light on the difficulties that some countries have in building democratic regimes.

The findings validate my argument that police deviance is negatively and statistically associated with system-level legitimacy in all Central American countries. In almost all Central American countries, data show that the more people face or witness police misconduct the less they trust the institutions of the regime and the overall political system. In other words, when police officers abuse their power by accepting bribes, mistreating citizens, and participating in criminal activities, people not only lose confidence in the police but also in the general regime.

I found further evidence that illegal police actions can be an issue for the stability of regimes by looking at the results in Honduras. In this country, police misconduct had a significant effect on diffuse support for the regime, while assessments of the economy did not. Honduras’s findings are also striking because by the time the survey data were collected (2008), Honduras was moving towards political collapse. The coup resulted in the reinstatement of a transitory regime that would conspicuously tolerate police abuse. My findings confirm that police abuse is a problem for the legitimacy of immediate government institutions. But more importantly, they also indicate that police wrongdoing can be an obstacle to prospects for regime stability. They go directly to the core of the Weberian state function: namely, the monopoly on the use of legitimate force. Abuse of police force questions the legitimate dimension of police activity and impairs the development of a political culture capable of sustaining the fundamental institutions of the regime.

The recent literature on crime and legitimacy in Latin America has led us to believe that extremely high levels of crime and insecurity will automatically shatter political support for regime institutions, as if all that mattered was how effective the regime is at keeping crime and insecurity at low levels. This assumption is problematic for it taps into remnants of the authoritarian era and ignores the importance of new democratic rules for the creation of citizen’s expectations. Authoritarian regimes built their legitimacy around public security on the notion that they were better at controlling crime because they were extremely severe with criminals. However, democracy brought new forms of understanding, generating, and maintaining legitimacy. People with memories of prior abusive institutions may as well appreciate a fairly behaved police. In this post-transition era, legitimacy may be preserved insofar as police agents do not blatantly abuse the people they are supposed to protect.

All in all, whether democracy is consolidated (as in Costa Rica) or not (as in the rest of Central America), police misbehavior and persistent perceptions of police collusion with organized crime are having devastating yet inconspicuous effects on all levels of political legitimacy. Police wrongdoings can effectively subvert the prospects of democratic governance and affect the cultural reserves of political stability. To be sure, a law-abiding police force is not a sufficient condition for political stability or for democratic governance, but a corrupt police force may be a significant deterrent to democratic consolidation. Unfortunately, considering that the problem of police misconduct is widely systemic in several countries, we can expect that support for the political regimes will continue to falter in some Central American societies. 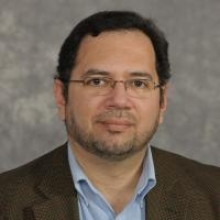 Jose Miguel Cruz
José Miguel Cruz is director of research at the Kimberly Green Center for Latin American and Caribbean Studies (LACC) at Florida International University (FIU) in Miami. Previously, he was director of the Institute for Public Opinion (IUDOP) at the Central American University (UCA) in San Salvador. He is an expert in the areas of criminal violence, gangs, police, democratization and public opinion in Central America.